Taiwan, the Uyghurs, Tibet... Mélenchon, his (many) ambivalences with China

"For the French since 1965 and General de Gaulle, there is only one China. 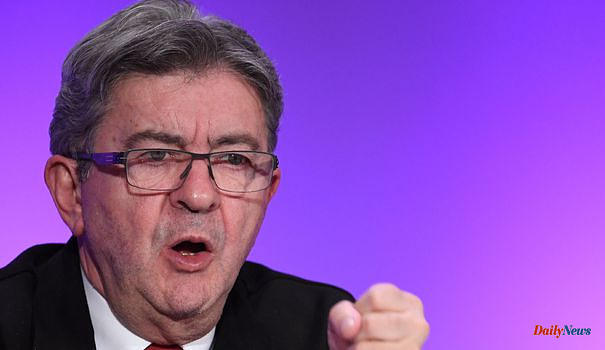 "For the French since 1965 and General de Gaulle, there is only one China." These words of Jean-Luc Mélenchon published on his blog on August 3 earned him the thanks of the Chinese ambassador to France, Lu Shaye, hailing the "constant support" of the Insoumis leader. The context is burning: the Chinese army has been increasing maneuvers around Taiwan since the visit of the President of the House of Representatives to the United States, Nancy Pelosi. Against the backdrop of strong tensions between Beijing and Washington, the former presidential candidate added that the island state was a "full component of China", accusing the United States of "opening a new front" .

This line, Mélenchon has been following it for a few years. Already in October 2021, at the microphone of BFMTV, he specified that the island was not "recognized by the UN". "If Taiwan declares itself independent, then it is possible that China, rightly, finds that a red line has been crossed", hammered the former deputy of Bouches-du-Rhône. In fact, the 23 million Taiwanese fear the invasion of Beijing, which considers this territory as one of its provinces. The Middle Empire threatens to use force if the island declares its independence.

Regarding China and human rights, the former MP has sometimes been very indulgent. At the beginning of 2022, during the adoption in the National Assembly of a resolution denouncing the genocide of the Uyghurs by China, he had expressed his deep disagreement by abstaining. "But yes, I condemn!" He first exclaimed during an interview with ThinkerView media. The politician continues: "But this is not the right method. To say that it is genocide and to go home, that proves that we do not believe in it." Jean-Luc Mélenchon rather called for a dialogue with Beijing. Moreover, it was the first time that he spoke on this subject. Until then, silence reigned as to the repression of the Uyghur Muslim ethnic group, displaced and locked up in "re-education camps".

Jean-Luc Mélenchon rarely uses harsh words towards China, but does not hesitate when it comes to opponents of the regime. In the spring of 2008, protest movements broke out in Tibet to demand autonomy and the return of the Dalai Lama, religious leader exiled since the great 1959 uprising against the central power. Beijing is severely suppressing these demonstrations, provoking the indignation of the French political class and the call for a boycott of the Beijing Olympics scheduled for August. Mélenchon limits himself to delegitimizing Tibetan power: "I ask: why, to exercise his religion and direct it, does the Dalai Lama need a State? A State which, to be constituted, would require Amputate China by a quarter of its surface!”, he writes on his personal blog. According to him, the boycott of the Olympics "is an unjustified and insulting aggression against the Chinese people". Year after year, the arguments follow one another and resemble each other. "The political project of the Dalai Lama is theocratic and authoritarian", engraved the leader of the Insubordinates in red capital letters on his site in April 2008. Eight years later, he accuses him of wanting to "trigger a gigantic absurd war" . Although the religious leader has renounced any political pretensions since 2011.

Once is not custom: in 2019, Jean-Luc Mélenchon said, in a tweet, "in solidarity" with the demands made by the pro-democracy movement in Hong Kong. They "concern the price of rents, public transport and the main resources that make up everyday life". Requirements after all very close to those of the yellow vests, which he supports. The former presidential candidate fails to point out that Hong Kongers are fighting above all for their freedom of expression while the "national security law", a pretext for all the arrests of opponents, was proclaimed by the Chinese regime. in 2020.

So many maneuvers and complacency so as not to offend the Chinese regime, but above all, he insists, to avoid a war involving France. "That's the goal: no war, because we are a small country of 67 million inhabitants. One hit and there is no longer France", warns the political leader at the end of 2021 on BFM TV.

These positions have sometimes caused a certain uneasiness within Nupes itself. This Friday, August 5, Green MEP David Cormand said on Twitter: "The cynicism of the diversion which consists in making the executioners look like victims is the eternal dialectic of dictators and the justification of their barbarity. China is a dictatorship." However, Jean-Luc Mélenchon already assured him in 2008: "I am not a Chinese communist and I never will be."

Known for his closeness to other authoritarian regimes, like Venezuela and Russia, the former presidential candidate confines himself to blaming the United States. In June 2021, he tweeted in particular: "We must discuss with China and Russia as partners. We are discussing with the United States which has a torture center in Guantanamo, which does not recognize the international criminal tribunal nor has signed the agreement against anti-personnel mines." Jean-Luc Mélenchon has, it seems, chosen his enemy.

1 Mental health: When men fool themselves: I'm... 2 Mexico: relatives of ten miners trapped underground... 3 "Polizeiruf 110" from Magdeburg: murder... 4 RKI numbers: Corona: RKI does not give the all-clear... 5 Children are not a private matter 6 "Polizeiruf 110" from Magdeburg: murder... 7 Bundesliga starts again: So fans don't miss a... 8 Mental health: When men fool themselves: I'm... 9 Chimpanzees call out loudly to hunt 10 Natalie Portman: She gushes about her marriage on... 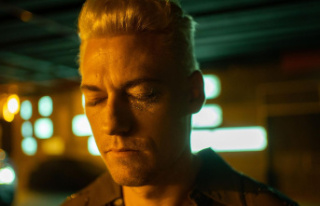