Takeover of EDF: the State will pay 9.7 billion euros

Announced by Prime Minister Elisabeth Borne in early July in her general policy speech, the renationalisation of EDF has begun

Announced by Prime Minister Elisabeth Borne in early July in her general policy speech, the renationalisation of EDF has begun. In a press release published on July 19, Bercy clarified how the government intends to take full control of the energy company, in which it now holds 84% ​​of the capital, and allow its withdrawal from listing.

And if he chooses the simplest way without going through a nationalization law (the relative majority in the National Assembly made the operation perilous), it is not completely devoid of obstacles. Concretely, the State intends to acquire the 15.9% of the capital which does not belong to it by launching a simplified public purchase offer, which would be filed at the beginning of September with the Autorité des marchés financiers (AMF). , subject to the necessary appropriations being approved by Parliament as part of the amending finance law for 2022, expected this week in the Assembly.

The State offers 12 euros per EDF share. An amount that will seem meager to individual shareholders who paid 32 euros for the title when it was introduced in 2005, but which represents "a bonus of 53% compared to the closing stock market price of July 5, 2022", calculated the government, and "by 34% compared to the volume-weighted average price of the twelve months preceding July 5, 2022". The oceanes (convertible bonds) will be redeemed at 15.64 euros. "The price point is central, and has been the subject of a multi-criteria approach to define the fairest price. We have assessed the intrinsic value of EDF, based on all public and management-disclosed elements, to establish a price that corresponds to the fundamental value of the company, and for a fair remuneration of minority shareholders", emphasizes Bercy.

In total, the offer would represent some 9.7 billion euros, according to the government. A sum which will have to be approved by the deputies and senators within the framework of a debate on the amending finance bill which promises to be particularly stormy. Strongly criticized by minority shareholders, some of whom have filed a complaint against the State, which they accuse of having ruined the company through a series of "inconsiderate and despoiling" decisions, the management of EDF by the public authorities is on the hot seat, as are its future ambitions, which remain opaque. The obligation for EDF to sell part of its production to its competitors at cost price via the Arenh system, then the closure of the two Fessenheim reactors in 2019, decided for political reasons without economic or industrial justification, finally the order given to EDF to take charge of part of the tariff shield intended to protect the French from soaring prices, have finished weighing down the company's accounts, at a time when it must precisely face a mountain of investments to both extend its current fleet and build the future: Emmanuel Macron has indeed promised, in Belfort, a colossal development of renewable energies at the same time as the start of construction of at least six new EPR reactors.

A first step, therefore, which in no way prejudges the following: the European rules of the electricity market, which considerably penalize the partially amortized French nuclear fleet and favor the explosion of prices, must be reviewed - but the European Commission will she accept? On what terms? Discussions with Brussels "have not yet resumed", confirms Bercy.

The question of investments is not resolved either: this nationalization, which will therefore cost the State 9.7 billion euros, mainly financed by debt, does not bring the company any new money - it will have to , always, be lifted on the markets, without possible support from French shareholders. The restructuring of EDF, finally, remains topical, although the project formerly supported by the government (baptized Hercule) to separate the energy company into two entities (one public for nuclear power, and the other private for EnR) has, for the moment, been ruled out. So many challenges that the government will have to tackle in a second phase… When the company has been nationalized, and its new president appointed.

Subject to its approval by Parliament, the offer should be filed with the AMF at the start of the school year, and the takeover bid launched "in the last days of September, for a closing in mid-October". The title would be withdrawn from listing in the process, 17 years after its entry.

1 EDF shares jump 15%, close to takeover price 2 Why we must think differently about the diversification... 3 Infraestructuras Renfe is charged as a 'scapegoat'... 4 Skoda Fabia: selection by size 5 Politics Feijóo's joke after voting in favor... 6 Ukraine war US warns Iran that it would be "a... 7 Social networks Instagram updates its map to allow... 8 Italy Draghi freezes his resignation after achieving... 9 A Prime Minister says...: Kretschmer's appeal... 10 Spain The City Council of Totana denounces the dismissal... 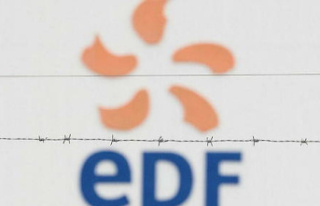