Technology: First drive in the MG4 Electric: Wolfsburg in sight

While other Chinese electrical brands such as Nio, Faraday, Byton and Geely drummed a lot before they wanted to target the European car market, MG, which belongs to the SAIC conglomerate, went a different way. 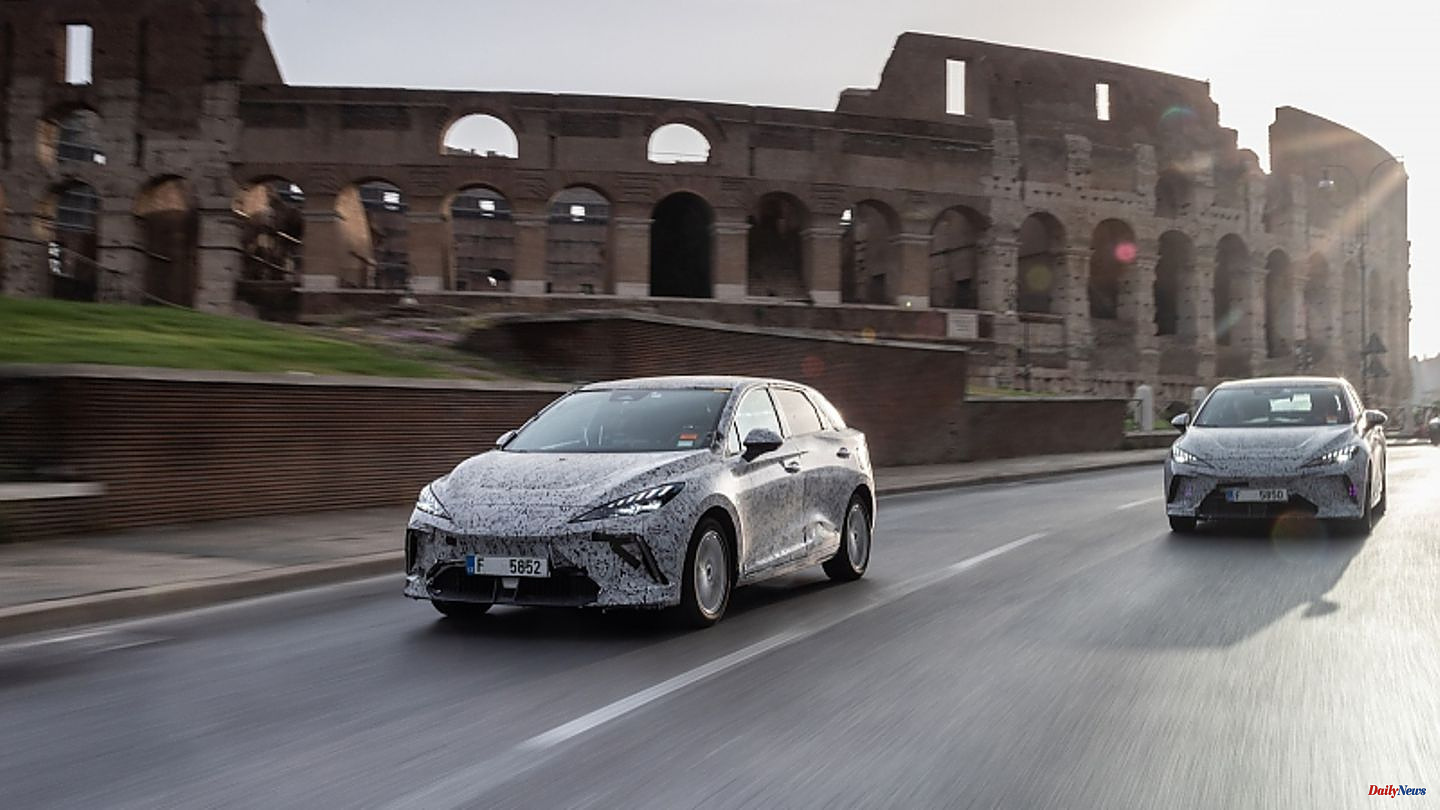 While other Chinese electrical brands such as Nio, Faraday, Byton and Geely drummed a lot before they wanted to target the European car market, MG, which belongs to the SAIC conglomerate, went a different way. Here came the products first and then the announcements. This could already be seen in the neat mid-range crossover Marvel R, but it is particularly evident in the MG4 Electric. It is aimed exactly at the audience that also wants to serve the Volkswagen electric entry-level model ID3, but will be on the market at the turn of the year without anyone really knowing. No large-scale image campaigns, no model introductory brass band singing through the European community of states, but simply an underground car park in the north of Munich. The compact entry-level electric car, which can hardly hide a certain similarity to its core opponent VW ID3, is parked here largely unnoticed. Sharply cut LED eyes peep out of the camouflage foils at the front and the narrow LED arc of the light units at the rear is always noticeable. The design rating seems to go to the Chinese.

The 4.29 meter long MG4 Electric is the first model on the new group platform MSAP. In contrast to the German competitor and most of the planned European opponents, the MG4 Electric will not only be available with rear-wheel drive, which is advantageous in terms of driving dynamics, but later also with all-wheel drive. That alone should bring additional customers in some regions of the old continent who look into the tube at VW ID3, Renault Megane E-Tech, Opel Astra-e or Peugeot e-308.

The still camouflaged MG4 carries its energy content of either 51 or 64 kilowatt hours in a floor battery that is just eleven centimeters flat, which should enable ranges of 350 and 450 kilometers before it goes to the next charging station to refuel. With the electric drive on the rear axle, the start is just as quiet as it is fast, as we have long been familiar with from electric vehicles. The steering of the prototype is very smooth, but also quite precise and the neutral driving behavior is noticeable in the first corners, which is not least due to the balanced weight distribution of 50:50. It is probably not entirely coincidental that the engine power on the rear axle is 150 kW / 204 PS each, which is also offered by a model like the VW ID3 and is significantly higher than the narrow range from the Stellantis Group, in which just 100 kW / 136 PS is currently available for all brands have to suffice.

If you want less, you can also order the MG4 Electric with the smaller battery pack and a reduced output of 125 kW / 170 hp; That should be enough for many customers because the price should be particularly attractive. According to the well-known MG ingredients, only just over 30,000 euros would be possible here and the MG4 would be in regions and lower-class models such as a Fiat 500 or an Opel Corsa-e.

The low center of gravity of the MG4 pleases, the steering persists in its ease as it goes along the Isar through the Bavarian capital. A short sprint on the expressway in the north proves that the 0 to 100 km/h in around eight seconds is just as realistic as the governed top speed of 160 km/h. After this caused trouble for many a customer of a vehicle on Volkswagen's own MEB platform, SAIC should consider giving the MG4 a longer leash, at least with its more powerful engines - the customers would probably be grateful.

SAIC is proud of its new MSP platform for battery electric vehicles, which, as in the case of MG, offers wheelbases from 2.65 to 3.10 meters and is suitable for different body designs from small compact models to larger vans or SUVs, which then have battery sizes between 40 and 150 kWh "With the one-pack battery system developed by SAIC Motor, the projection surface of all batteries on the modular, scalable platform is the same," says Zhu Jun, chief engineer at SAIC with a capacity of 40 kWh to 150 kWh. It can meet the energy needs of models from A0 to D classes, offering users flexible and diverse choices. Customers can purchase a small battery first and then swap out or upgrade if longer range is required.”

The built-in battery pack should be sufficient for most customers with its 64 kWh dimension. It seems more important that the MG4 Electric has the standard 400-volt on-board network at the market launch, but can be upgraded to the more powerful 800-volt technology for future model generations, which enables significantly shorter charging times. Under the camouflage mats in the interior there is a small screen behind the wheel and a much larger one in the middle of the purist dashboard. The free-floating center console offers easy-to-reach space for smartphones and otherwise carries the gear selector and parking brake switches. There are more shelves underneath or in the door pockets, which are also still covered. The seating comfort at the front fits - the space available at the back despite the manageable dimensions as well - at least for two people. This MG4 is one to look out for as it lets action speak before drumming. Perhaps exactly the right path to an electric future.

1 Milk teeth: Children's toothpastes rattled through... 2 Stiftung Warentest: what you should take with you... 3 Donald Trump: He also says goodbye to ex-wife Ivana 4 Linda Evangelista: Model no longer wants to hide 5 Discount sausage wins: traditional or veggie: the... 6 BBQ Rub: Make your own marinade: This recipe gives... 7 Hiking holidays: With children and backpacks through... 8 Cheeky network star: "Emmanuel, don't do... 9 China: Important "piece of the puzzle":... 10 Heat wave and climate change: The drought is here... 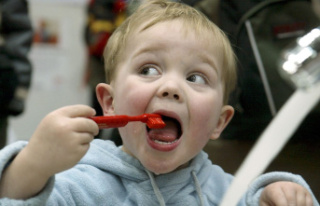