Ten facts about Francois Braun, the new Minister of Health and Emergency Physician

There are two types of Ministers of Health.

There are two types of Ministers of Health. One is the doctors (Olivier Veran and Agnes Buzyn ) and one who is a nurse (Xavier Bertrand and Marisol Touraine ...).). Francois Braun (59) is in the first category. He was born in Belfort and graduated from the Faculty of Medicine of Nancy. His entire career has been spent in hospitals in eastern France. Since 2009, he has worked in the CHR de Metz–Thionville where he has been the director of the emergency department since 2018.

His name was already in circulation to be entered into the first Borne government. Francois Braun and Emmanuel Macron are good friends. The president-candidate was advised by an emergency physician for the health component to his presidential program. He said, "Le Quotidien du Medecin" that he had not offered himself but that he wouldn't have said no to anyone else. The Head of State also gave him a flash mission to address emergencies at the end of May. His conclusions were published on July 2.

He admitted that he was a "bit of a beginner in the exercise", and he apologized to Brigitte Bourguignon during the transfer of power, concerned about not using "the usual republican forms". He asked his deputy minister Agnes Firmin Le Bodo to "initiate" him to the subtleties and laws of our Parliament.

When describing the current sector, he didn't mince words: "The emergency department is sick, our public hospital is not well. Our whole health system has reached its breaking point." He viewed the situation in the opposite way of his predecessor, who said on June 8 at an emergency congress, "I won't accept that the French believe that the system is falling apart everywhere."

Medicine is a family business among the Brauns. His father was a general physician, chief medical officer of firefighters in the Territory of Belfort. His grandfather and great-grandfather were military doctors. Her mother was a pharmacist. Braun began his career in 1980, when emergency medicine was still a new specialty.

He has been the SAMU-Urgences France union's head since 2015. In 2018, he was known for the "No bed Challenge", which involved listing all the patients who were forced to spend the night on stretchers due to a lack of beds. He said that while we try to be whistleblowers, it felt like we were preaching in the desert.

One of the 41 recommendations in his flash mission is already drawing severe criticism from the medical community: regulation of emergency access by the 15. Patrick Pelloux (president of the Association of emergency doctors of France) denounces Francois Braun as intelligent, brilliant, and hardworking. "Emergencies are a cut in universal access to public service.

Although he was not affiliated to any political party, the doctor worked nonetheless for Edouard Philippe's government. He was the one who created the Access to Care Service, which is the most important measure of the 2019 emergency overhaul pact. This system is currently being tested at 22 pilot locations in France. It should provide everyone with quick access to unscheduled medical care.

The rugby fan - he played there for ten year - is open to discussion. Mathias Wargon (93), head of emergency at Delafontaine hospital, Bobigny, said, "He's quite round, pretty nice, and you can easily go to a beer with him." He is open to learning and listening.

Jean Rottner (LR president Grand-Est region) confirms that he is "pleasing, pleasant", having known him for over twenty-five year. He is also a doctor by trade. "An emergency worker's characteristic is to be adaptable to all situations. However, he will be deeply involved in politics and will face challenges in finding common ground with other parties in Parliament. 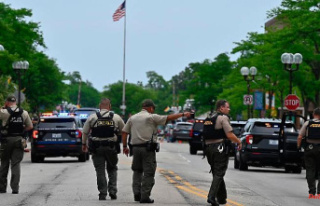