Borussia Dortmund pulls the ripcord after a disappointing season – and separates from coach Marco Rose. 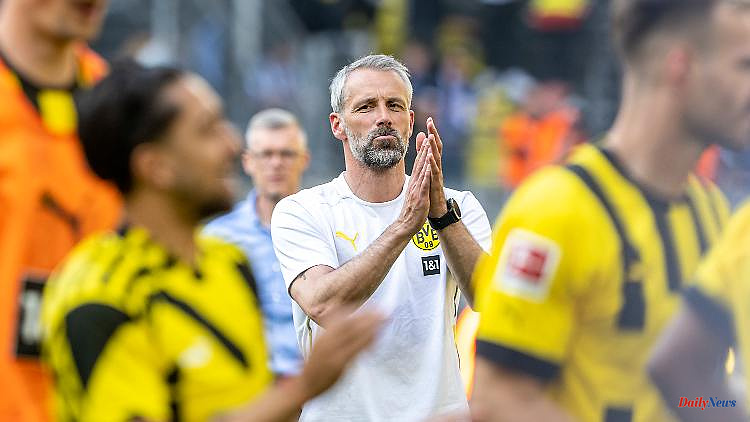 Borussia Dortmund pulls the ripcord after a disappointing season – and separates from coach Marco Rose. A completely surprising decision. A successor has already been found. With Edin Terzic, an old acquaintance should take over.

The news of the dismissal of coach Marco Rose on Friday afternoon burst completely unexpectedly in the middle of Borussia Dortmund's spirit of optimism. After a grueling season with more disappointments than moments of happiness, the runners-up had just won the transfer market and struck there in a remarkable way: the two central defenders Nico Schlotterbeck and Niklas Süle as well as the fast offensive player Karim Adeyemi were attracted, apparently also with personal intervention by the (Ex) coaches. Three German national players had decided for BVB and somehow against FC Bayern, who had been busy with completely different things in the past few weeks anyway.

Even a real championship fight in the 2022/2023 season suddenly seemed possible in view of the coups. Also because other weaknesses in the squad had been identified. Cologne's Salih Özcan should come for midfield, a robust six, a mental player, a leader. In the storm, Borussia are in very promising negotiations with the buff Sebastien Haller, who presented BVB twice with Ajax Amsterdam in the Champions League. And that was one of Dortmund's main problems. The dismantling in the European competitions (premier class and Europa League) against actually much weaker opponents and the embarrassing end of the DFB Cup at FC St. Pauli. Far too little for the demands of the club, which so much wants to be Germany's second beacon - and emotionally despairs of this dream on a regular basis.

Just like the coach on the inconsistent performance of his team, especially on the often wild defense: "We didn't live up to our expectations there (editor's note in the cup competitions). That's very disappointing and of course those are the ones Competitions that always pull the plug on us a bit, because that's what sticks with us."

Rose had taken over a poorly balanced squad in Dortmund. Options were missing on the defensive flanks, as well as in central midfield. Even the astonishing development of the super talented 18-year-old Jude Bellingham, who had risen to become the team's most important player over the course of the season and became the boss on the pitch, couldn't compensate for that. The Englishman is also the only footballer in the squad who has benefited from working together in his personal development. Bellingham is the only footballer in the squad who has improved significantly. Certainly one thing Rose stumbled upon. Which you can interpret into the sentences of club boss Hans-Joachim Watzke, in which he talks about the fact that in many areas we have not "got the maximum out of our possibilities".

Incidentally, Bellingham was one of the first to react to the split from Rose. On Twitter he posted two emotional, intimate photos with the head coach and an assistant coach. He wrote "Thank you" to it. Marco Reus, the captain, also reported. He put a crying emoji under BVB's Instagram post about the breakup.

In addition, the Black and Yellows had to struggle with injuries over the course of the season. There are over 2,000 lost days in the management's medical records. This circumstance was also registered in the BVB command center. A complicated starting position for the coach, who had been lured to the Ruhr area by Borussia Mönchengladbach with a great deal of noise and a hefty transfer fee. At that time still under the responsibility of sports director Michael Zorc, who said goodbye last weekend with an impressive choreography in the south stand after 44 years. His successor, that has been certain for a long time, is Sebastian Kehl. The separation from Rose is his first independent official act, even if predecessors Michael Zorc, Watzke and BVB advisor Matthias Sammer sat at the table in the decisive conversation.

Rose and his coaching team repeatedly suffered system damage with BVB. Lethargic performances alternated with arrogant ones and then again with a few spectacular highlights. Inexplicable individual mistakes, especially by the internationals Julian Brandt and Emre Can, repeatedly trampled on much that was just about to blossom. Appearing in front of spectators this season amid an ending pandemic, BVB have seldom managed to inspire the stadium, which can be a temple of extreme passion. "It's important for us that we as a team manage to carry the mood from the pitch to the stands," said Rose at the beginning of October and repeated it several times over the course of the season.

Before the first game at full capacity against system rivals RB Leipzig in early April, Rose and some fan representatives met. But this tender plant of approach was mercilessly trampled by the team. The disastrous 1: 4 against the rival from Rose's hometown not only destroyed the last dreams of the championship, which hardly existed anyway after a despondent and bloodless 1: 1 in Cologne the day before. BVB was once again a mystery. As so often, too often this season, in which FC Bayern once again suffered cracks in national dominance.

And now, according to ntv.de information, Rose's predecessor Edin Terzic is supposed to do it. In December 2020, he followed the eternal procrastinator Lucien Favre (who will probably return to his former club Borussia Mönchengladbach), under whom he had worked as an assistant coach. After a long finding phase and the threat of missing out on the Champions League, the Sauerland managed to create something like a spirit of optimism. He had stabilized the insecure team, mowed the tiresome eternal issue of mentality off the lawn and created a connection between the team, the bank and the fans.

A spectacular series, initiated by Ansgar Knauff's first Bundesliga goal in a 3-2 win in Stuttgart at the beginning of April, brought Borussia back into the premier class. Knauff no longer played a role under Rose's successor and was loaned to Frankfurt in the winter. With Eintracht, he embarked on a furious journey across the continent, became a key player and finally Europa League champion and was named best young professional by UEFA.

In the deserted Olympic Stadium in Berlin, BVB triumphed in the DFB Cup final against RB Leipzig at the end of last season. It was the end of a journey for Terzic, who as a child "slept in BVB sheets" and never lost sight of the club during his apprenticeship years in Turkey and England. A few days after the win against Leipzig, he posted two pictures on Instagram. One showed him in the fan curve in the 5-2 final against Bayern Munich in 2012, the other with the DFB-Pokal as coach of Borussia. For the first time since the departure of heart coach Jürgen Klopp in 2015, Dortmund fans felt the right coach had been in the right place at the right time. A longing was satisfied. The club's desperate search for the perfect man seemed over for the moment. The problem: the deal with Rose was already fixed. Terzic took a back seat as technical director, but stood by and turned down inquiries from the Bundesliga for coaching engagements.

Now Terzic is probably back on the bench. For the first time without a net and double bottom. Like Thomas Tuchel, Peter Bosz, Peter Stöger, Lucien Favre and Marco Rose before and somehow after him, the 39-year-old is now alone in the wind. With a new squad, a new sporting director, great expectations and a nervous environment. Exciting times in Dortmund.

1 "Stand by Ukraine": G7 promises Ukraine... 2 No more Brexit disadvantages: Boris Johnson's... 3 Milk donations for strange babies: breast milk banks... 4 Dispute about the origin of Corona: Drosten wins in... 5 Professionals targeted by the police: arrests and... 6 End of an influencer marriage: Julian Classen confirms... 7 Depp and Heard in court: As if the Me-Too debate had... 8 41 degrees in Andalusia: Spain is suffering from a... 9 "NATO is informed": Turkish fighter jet... 10 Corona outbreak out of control?: North Korea reports... 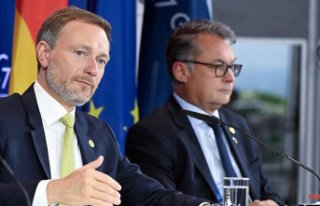