Thanks to the jury: That's why Johnny Depp won the trial

In 2020, Johnny Depp loses a lawsuit in London against a newspaper that called him a "wife beater". 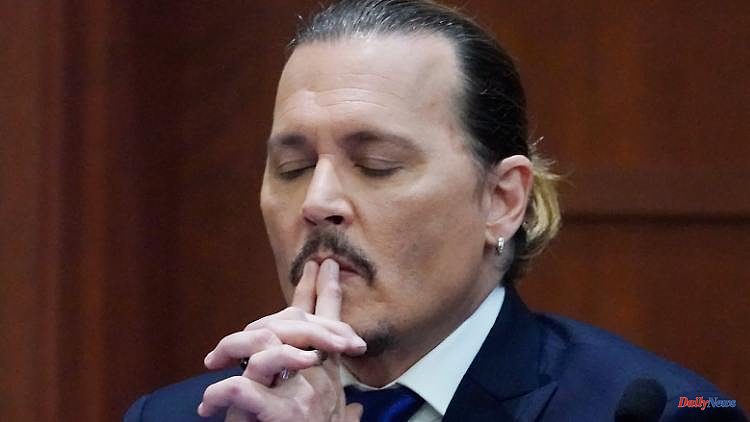 In 2020, Johnny Depp loses a lawsuit in London against a newspaper that called him a "wife beater". Now the Hollywood star is winning his defamation lawsuit against Amber Heard, who is said to have been his abuse victim. How can that be?

After seven long weeks of worrying, Johnny Depp can finally breathe a sigh of relief: The Hollywood star has won the defamation lawsuit against his ex-wife Amber Heard in Fairfax County, Virginia. The seven jurors saw it as proven on all counts that the 36-year-old had defamed Depp. They also agreed with Heard on some points that a Depp divorce lawyer had damaged their reputation. But apart from the two million dollars that the "Pirates of the Caribbean" star now has to pay her, he emerges as the clear winner.

The verdict comes as a surprise to many - not least because the 58-year-old has already lost a similar process in Great Britain. In 2018, he sued the editor of the tabloid The Sun, who called him a "wife hitter." In the widely acclaimed trial, Heard took the witness stand for the newspaper. A judge ruled in 2020 that 12 of her 14 alleged allegations of violence were "essentially true." Depp's lawsuit was dismissed and the verdict was interpreted as trend-setting for his US trial.

The fact that Johnny Depp has now won this process is due on the one hand to the fact that many audio recordings of the ex-couple, in which Heard admits having hit Depp or attracting attention through strange behavior, were only published after the London trial and are now used as evidence in Virginia became. However, many legal experts justify his victory mainly with the fact that his fate was in the hands of a jury and not a judge.

This jury must have been kind to the actor. Because in the USA defamation lawsuits are not easy to win: unlike in Great Britain, where the "Sun" had to prove that Depp had actually hit his ex-wife, under US civil law there is a reversal of the burden of proof: the plaintiff must prove that he was harmed and that this was done out of "actual malice". This is a US legal term that states that a statement was made with a knowing and reckless disregard for the truth.

That would have been extremely difficult for the Hollywood star, US attorney Lee Berlik, who specializes in defamation law, is certain. Because if the jury can't determine which party is telling the truth, the side with the burden of proof loses. It was "remarkable" that the seven-person jury believed evidence that the London judge had not accepted and instead "found that Ms. Heard's allegations to the contrary were essentially a 'hoax'," Berlik told the Washington Post. .

According to international media lawyer Mark Stephens, that's thanks to a strategy called DARVO that Depp's legal team adopted for the trial. DARVO is an acronym for "Deny, Attack and Reverse Victim and Offender". "We find that DARVO works very well with juries, but almost never with judges who are trained to review evidence," Stephens told the Washington Post.

The strategy obviously worked. Not only did Depp have the more credible witnesses who witnessed Heard's outbursts of violence, accusing her of erratic and provocative behavior and borderline personality disorder. He also received many sympathy points with stories about his turbulent childhood. He reported on his "cruel" mother, who is said to have been violent towards him and his father. Above all, his father's role made for looks: "He stood there and just looked at her while she dealt out the pain and he swallowed it down," recalled Depp. At some point he had to admit that he had married his mother. Despite all the problems, a separation from Heard was never an option, “because my father stayed too”. And like his father, he "never hit a woman."

Most people (or at least the loudest) sided with the Pirates of the Caribbean star long before the verdict was announced. This is also proven by a look at the Internet, in which Depp was mostly portrayed as an innocent victim and Heard as a pathological liar. It's possible that the jury wasn't also influenced by the flood of articles, memes and clips on social media. Although they were ordered not to read about the case or discuss it with outsiders during the trial, their electronic devices were not confiscated.

Another reason Depp had a better chance than his ex-wife is that the trial was moved to Virginia. His lawyers successfully argued that the trial should be held in the East Coast state because that is where the Washington Post offices are located. Heard wrote a comment for the newspaper in 2018, which was the focus of the process. Unlike California, where the two actors live, the country also has looser anti-SLAPP laws. SLAPP stands for "strategic lawsuit against public participation". It is easier in Virginia to sue someone for defamation even though the defendant has exercised their right to freedom of speech.

While Johnny Depp rejoiced in uncovering the truth and finding his inner peace after the verdict, Amber Heard expressed her frustration with those same anti-SLAPP laws. She believes Depp's lawyers managed to get the jury to overlook the "key issue of free speech" and ignore evidence that led to Depp's defeat at the London trial, she said in an emotional post she shared on Instagram. She was "sad" that she lost the process. But she is even sadder that she has apparently lost a right that she believed she had as an American - namely to speak freely and openly. 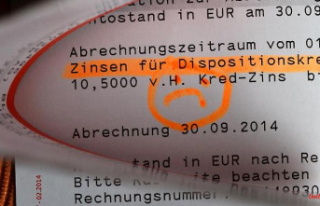