That's what a vacation on Europe's largest campsite is like

This campsite is almost a small town. 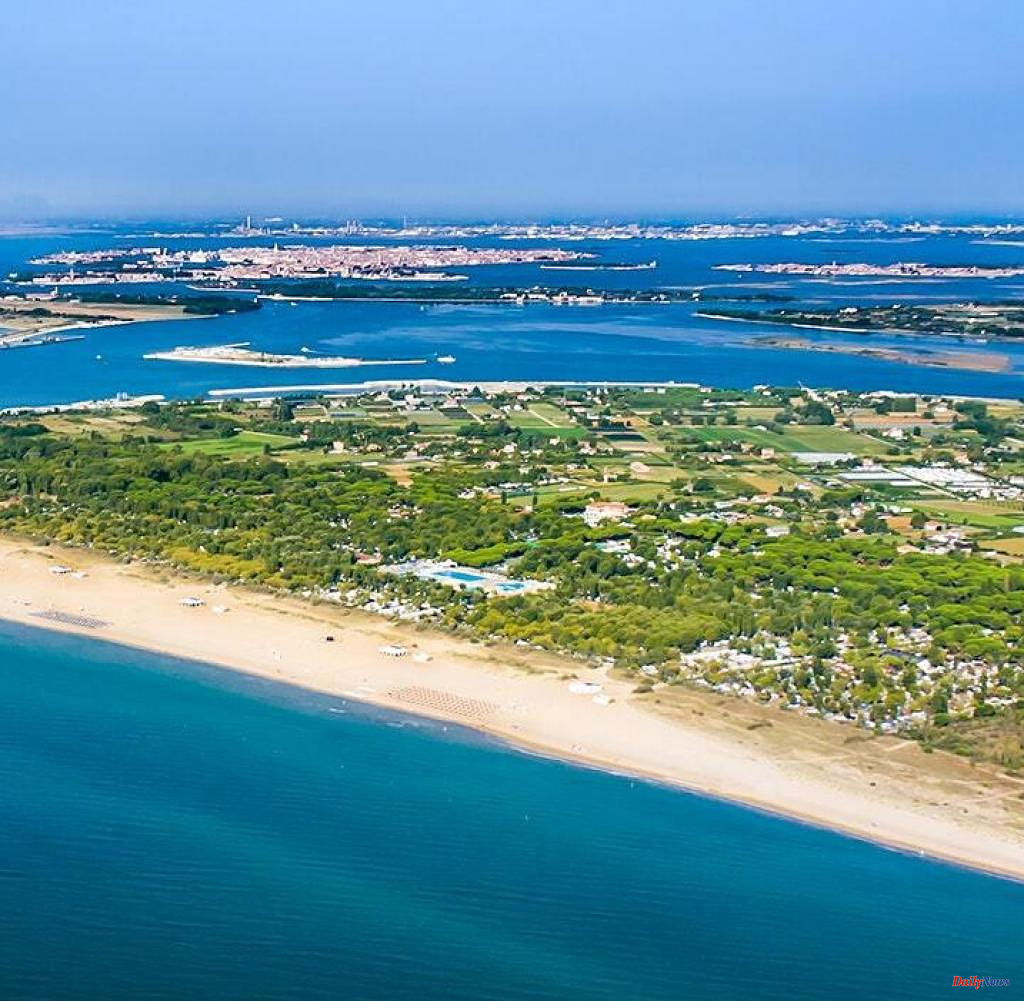 This campsite is almost a small town. More than 12,000 vacationers at the same time spend their holidays at "Marina di Venezia" when the around 3000 pitches and 400 rental accommodations are fully booked. The mega-site, located on the narrow Cavallino-Treporti peninsula just a short waterbus ride from Venice, stretches over 80 hectares and is said to be Europe's largest campsite.

Upon arrival there is a wristband like in a resort. More than 600 employees look after the guests of the camping village between the water park and the shopping mile.

The extravagant superlatives sound impressive, but for some holidaymakers they are also like mass tourism and accordingly deterrent. So why are so many campers drawn there? And how is it actually when you spend your holidays on the pitch? In conversation, guests reveal the advantages and disadvantages of a system of this size. It quickly turns out that despite the dimensions, the atmosphere is familiar; you simply call each other by their first names.

German is spoken on "Marina di Venezia". German-speaking guests even form the majority here. Austrians, Swiss, and especially Germans have been flocking to the mega square for decades; they make up almost 70 percent of all campers. The reason for this lies in the early days of the plant. After opening in the late 1950s, German car manufacturers liked to send their employees to Italy for vacations – and here too.

In 3713th place, however, Bruna and Germano show their flag for their Italian homeland. With the retired couple, both almost 80 and married for decades, the tricolore hangs almost motionless on the awning in the hot summer air.

The two are among the guest veterans here. Every summer for 42 years, they have swapped their fifth-floor apartment in Mestre, a town on the Venice mainland, for their pitch at the campsite. At first they came with their two children.

Their journey is so short that they could go home almost every few days to water the flowers. But they also clean up their second home, their little “casa piccola”, with a lot of dedication. "This is my property," says Bruna with a laugh and proudly shows Germano her equipment, the kitchen and her allotment garden with all the flowers. They like to sit there in front of their caravan, say hello to the neighbors as they pass by, and have a chat or two.

"Back then there was never here," Bruna recalls. “The place only had three stars, a pool and next to nothing else.” A lot has happened in this regard over the decades. In the meantime, the facility, which has been voted Superplatz several times in a row by the ADAC, has five stars instead of three and accordingly more to offer than the clean sanitary facilities.

The large Aquamarina water park with a number of slides, a wave pool and a 50-meter swimming pool is part of the facilities, as is a private beach more than a kilometer long, a Protestant and a Catholic church and a mini golf course. On the central street you can stroll in the shade of the pine trees, between restaurants, shops, ice cream parlors, a supermarket and an entertainment stage where, among other things, fitness offers and children's nonsense are on the program.

If you don't cook like Bruna, you'll get much more than just the standard camping meal with spaghetti, pizza or fries. The restaurant "Calici e Mare" even has high ambitions - very chic right on the beach.

Despite all the comforts and all the innovations over the years: Germano sometimes misses the time before. "It felt freer back then," says the Italian with the distinctive bald head, and indulges in memories of costume parties and water fights. "Libero e bello." - "Free and beautiful."

A few blocks away, Michaela and Norbert, a little over 50, also fly the flag. Apart from the Italian bath towel on the drying rack, everything is Bavarian: the tablecloth is blue and white, with a small flag in the same colors of the Free State on it, and there is also a larger one on the outside of the tent.

But despite all the Bavarian patriotism, the two natives of Munich are not drawn to Lake Chiemsee or the Alps. The clerk and the car mechanic have been spending their holidays at "Marina di Venezia" for around 20 years, twice a year - at different regular places: For the first ten years they slept in the tent. When the back no longer cooperated, they bought a caravan.

"Later we want to stay longer than just two to three weeks," says Michaela. "Here we are free," adds Norbert. "We can have breakfast whenever we want. There are no constraints like in the hotel.”

The square used to be more Italian and traditional. Over the years, a lot has been modernized and beautified, also in cooperation with the Italian star architect and designer Matteo Thun. "We had reservations about the redesign, but were pleasantly surprised," says Michaela.

Nothing has changed in the dimensions of the square during the conversion. "Marina di Venezia" is not for those who are tired of exercise if you don't want to just stay on your plot as a holidaymaker, with an area the equivalent of more than eleven football pitches. After all: There are 16 stops for the shuttles distributed on the site. It's even easier and faster to go by bike.

Michaela and Norbert also cycle around a lot when they are not at the pool, on the beach or at their caravan. They like to stop by at the other end of the dog park - an area only for dogs and their owners, almost like a dog zoo with a wide variety of breeds and its own veterinarian.

There are hardly any reasons for Norbert to leave the square and thus this small world for himself. He is not even drawn to Venice, which is only a stone's throw away. "We went there five times," he recalls. "I'm through with it," he adds, laughing.

Britta, Dirk and their son Linus from Wachtendonk in North Rhine-Westphalia, with less than 8000 inhabitants smaller than the fully booked campsite, wanted to give "Marina di Venezia" a second chance. The first time last year they left early after a few days. The dimensions of the area were not the reason. Rather, it was due to the many mosquitoes.

This year they are better equipped - among other things with a mosquito net, which they have put over their camping table like a cheese dome. They have also upgraded their camper: Instead of the Bulli with an awning, they came this year with their new titanium caravan and treated themselves to a so-called super pitch with 120 square meters and hedges around it.

Britta and Dirk like the system. Being full doesn't change that. "It's easy to avoid each other here," he says. The many other Germans don't bother them either. "If they behave, we don't care," they say - and find it very helpful that many employees speak their language. "You don't necessarily have to be able to order food in German, but if there are problems, you can solve them faster in German."

And there is another reason for the family to spend their holidays here again. At many of the smaller campsites where she has been, she would have been disturbed by noise and unrest. "In Tuscany, the neighbors listened to loud music until 11 p.m.," she says. And even if you would expect it to be different and a lot of hustle and bustle - here on "Marina di Venezia" that doesn't happen. From 10 p.m. is night rest.

And not only that: here, to the chagrin of some campers, there is still a midday rest. Between 1 p.m. and 3 p.m. you only hear insects buzzing, the breeze in the trees, the distant snoring of a neighbor. Even the fun pool is closed for the break - just when you thirst to cool down in the Italian summer heat.

But then there is still the beach. It has fine sand like the Venice Lido, is very wide and has a lot of space, even if "Marina di Venezia" is fully booked. "The water is nice and flat and only gets deeper slowly - good for Linus." Her son has enough variety; that was also one of the reasons why they ended up back at Europe's largest campsite.

Next year, however, it should still go somewhere else. "Not the same holiday 20 times," says Dirk. "We want to try different things." So, no matter how satisfied they are, they probably won't become regular guests.

Getting there: The Marina di Venezia Camping Village is located on the Cavallino-Treporti peninsula, just a short waterbus ride from Venice. There are direct train connections from Munich to Venice, for example with the EC during the day or with the Nightjet in a sleeper car. Marco Polo Airport is around 50 kilometers away by taxi or transfer.

Overnight stays: The pitches are between 85 and 120 square meters with connections for water, electricity and waste water. Some can be reserved in advance, others can be selected upon arrival. Prices for the parking space depending on category and season from 13.60 euros plus fees per person and for dogs, additional cars, etc.; a price list can be found on the website. There is free WiFi.

The place is almost fully booked until September. After that, there are still places available until the end of the season. In addition to pitches, there is also the option of staying in glamping accommodation such as lodges and mobile homes (marinadivenezia.it/de).

Participation in the trip was supported by "Marina di Venezia". You can find our standards of transparency and journalistic independence at axelspringer.com/de/Werte/downloads. 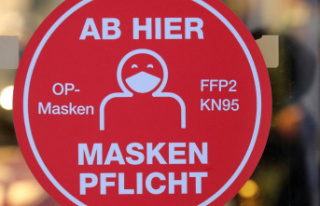 Will Hamburg be declared a hotspot again?