The Chinese still have a lot planned: Nio will soon come with a whole model family

The ET7 marks the start in Germany, but Nio has even more offers in the pipeline. 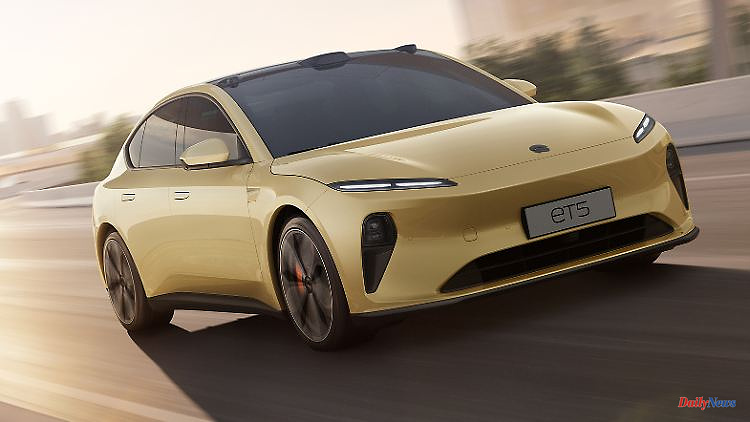 The ET7 marks the start in Germany, but Nio has even more offers in the pipeline. With the sedan ET5 and the SUV EL7, the Chinese luxury brand is launching an entire model family. And that pretty quickly.

Of course, the announcement to expand the model range is not entirely unexpected. When the Nio ET7 made its official debut in Germany a few weeks ago, the Chinese brought their smaller ET5 limousine with them. In the meantime, data are also available - the 4.79 meter long business class with 489 hp should hardly be inferior to the larger ET7 in terms of travel suitability. After all, the same batteries with 75 and 100 kWh are used to achieve respectable ranges.

When it comes to the drive, on the other hand, the smaller brother has to give up a bit for reasons of hierarchy. Nevertheless, the two e-machines together still pump 489 hp into the train - but not 653. The power is sufficient, however, to balance the 2.2-tonner to country road speed within four seconds - the top speed is analogous to the ET7 at 200 km /h limited. The quite chic sedan will start as early as March 2023.

Speaking of range. Here Nio has a trick ready, which ntv.de has even been able to experience for itself. So, quickly jump behind the wheel of an ET7 (they are already being given out to customers these days, by the way). Then without further ado set course from Munich on the A8 and in the direction of Augsburg. And turned off in Zusmarshausen. There is a small building that is reminiscent of a TÜV test hall. A friendly person waves the 5.10 meter long ET7 to the marked area in front of the entrance. Now the assistant can take over and leisurely tow the large sedan onto the metal ramp - the driver does nothing but marvel. The system looks like a mixture of brake tester and lifting platform.

But what is this construction supposed to do? Ah, now a platform is going up from below, piggybacking on the heavy ET7. A look under the car floor reveals the riddle: A massive device replaces the empty battery within a few minutes with a copy that has been charged to 90 percent. The technician explains that twelve batteries of the respective sizes 75 and 100 kWh were stored under the floor, which are always gently charged as soon as an empty copy arrives.

That's a good idea, but it remains to be seen whether this principle will catch on. Especially since battery technology is developing so rapidly that in just a few years significantly shorter charging times can be expected compared to today. Be that as it may - in addition to the Swabian location in Zusmarshausen, there is currently only one other location in Hilden near Düsseldorf for exchanging the Nio power storage. Good to know.

But if you want to drive the all-wheel drive limousine, which is quite strong with 653 hp (the only engine) through the whole of Germany or maybe even in the direction of the surrounding neighboring countries, rest assured: you can also fill your battery conventionally using a CSS plug and DC charging station. Then it progresses moderately quickly with 130 kilowatts of charging power, but you can live with that. Nio states 40 minutes to charge the large battery from 10 to 80 percent. And the fast charging network is now well developed - in this country at least.

However, one should take into account that after a little more than 300 kilometers (moderate drive) another charging stop is announced. You can use this time to learn to master the complex operating system on the large central touch screen. Nio, on the other hand, should use the next time to get his language assistant "Nomi" under control, which currently understands less. It's not much use if theoretically everything could go through it - even opening the window. It's just smoother with a button.

On the other hand, there is nothing to complain about in terms of the materials and their processing. The odor problem often criticized with Chinese brands does not occur here either. Instead, you sit on fine armchairs and look at chic wood inlays made of sustainable rattan.

But back to the model timetable. In addition to the limousines, Nio is even bringing the EL7 SUV to us in January next year. In terms of drive, this is then again at the level of the ET7, so it also gets the well-known 653 pens under the sheet metal. The 2.4-ton vehicle accelerates to 100 km/h in 3.9 seconds and runs at a regulated speed of 200 km/h. In contrast to the ET7, the EL7 can not only be elegant, but also really useful: the luggage compartment of the practical all-rounder swallows up 1545 liters - so the EL7 could blossom into a veritable station wagon replacement.

All models can currently only be ordered in one drive version each - so Nio can't really do the basics at the moment. The manufacturer would like to provide more information about the purchase options shortly - after all, the ET7 is already listed at just under 70,000 euros, but without a battery. Otherwise it remains with the subscription, which starts at 1199 euros per month, depending on the option.

By the way: the model designations are inherent to a well thought-out system. The "T" stands for touring and the "L" for lifestyle. The fact that there is also a "P" for performance with the exclusive small series EP9 hyper sports car at least gives hope for further exciting offers. Maybe we will also see Nio models below the EP9 that are not limited to 200 km/h. In any case, Nio has enough competitors from southern Germany and the USA. 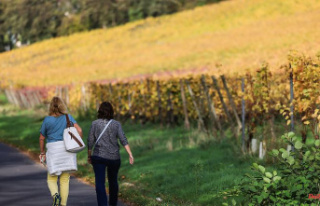 Record temperatures in many places: Europe is experiencing...