"Love Rage" in Bremen: An apartment fire turns into a suicide - or was it murder? Liv Moormann and Linda Selb are suddenly in the middle of a psychotic labyrinth. 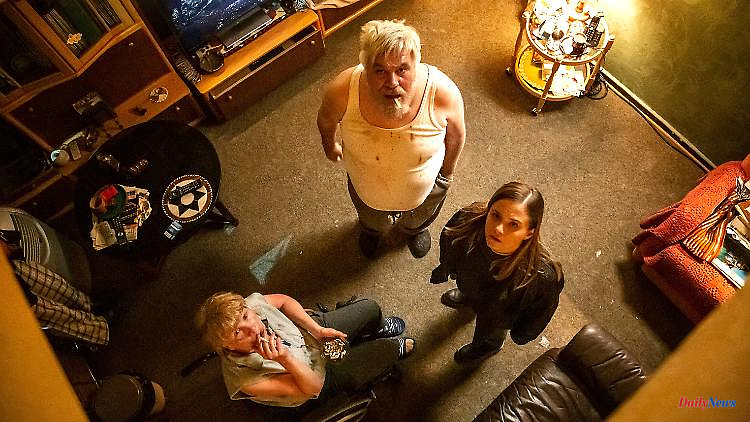 "Love Rage" in Bremen: An apartment fire turns into a suicide - or was it murder? Liv Moormann and Linda Selb are suddenly in the middle of a psychotic labyrinth. One of the two also gets to deal with their own story. Must see!

The Bremen commissioners Liv Moormann (Jasna Fritzi Bauer) and Linda Selb (Luise Wolfram) don't really know what they're doing in this burned-out apartment, there doesn't seem to be any work for the homicide squad. But the gut feeling speaks a different language. When the two take a closer look, they discover a secret room with a bed and a female corpse in a red wedding dress on it. Cryptic sentences are emblazoned above her, the devil was literally painted on the wall. The room itself was locked from the inside, so suicide? That doesn't seem to be quite so clear. There's also the dead man's husband (Matthias Matschke), his pregnant girlfriend (Milena Kaltenbach), the grandparents (Ulrike Krumbiegel and Thomas Schendel) and the weird neighbor, Gernot Schaballa (Aljoscha Stadelmann), who constantly eats ice cream - they're all open the most burning of all questions no answer: Where are the two daughters of the dead?

Let's best let Liv Moormann aka Jasna Fritz Bauer answer this question personally: "It's a really crazy crime story that tells of dark, wrong, distorted, extreme, deformed and muddled love. We all love and we do it in different ways Wise. Sometimes love is good, but sometimes we hurt other people with it and do something to them that irrevocably affects their lives forever. Love can invigorate and traumatize at the same time. Our thriller also tells how close love is to hate and evil is located."

As so often, it depends on the perspective. In any case, "Love Rage" is not for the faint-hearted, but rather a kind of "The Silence of the Bremer", bloody, over-excited, morbid, pervaded by a gnarly sense of humour. Anyone who longed for an increased heart rate during the often more contemplative "crime scene" or "police call 110" cases of late should have the blood pressure measuring device at hand this time.

Consistently high. No stuff for logic freaks or reality checkers, but instead gaudy entertainment that gives its characters a lot of freedom and enthusiasm for the game, while unfolding a story that combines leaps in time and the present with all sorts of scary quotes and moments of shock. "It's the most intense, most special and, in all its characters, deepest crime novel I've ever made," says director Anne Zohra Berrached. We say: A great pleasure that you should not miss!

10 out of 10 points - thriller with karacho, extreme types and a great soundtrack

1 "I failed so much": Fynn Kliemann admits... 2 Bavaria: Little sun and thunderstorms at the weekend... 3 Mecklenburg-Western Pomerania: Two injured in boat... 4 Union is "optimistic": hope for an agreement... 5 North Rhine-Westphalia: drivers avoid deer and roll... 6 Outbreak in his delegation: Scholz ignores RKI recommendation... 7 Hesse: Man drives without a license and hides from... 8 Hesse: Hesse sees itself confirmed in the fight against... 9 Baden-Württemberg: Kretschmann is suggested for online... 10 Ex-Foreign Minister Sodano: Vatican number two is... 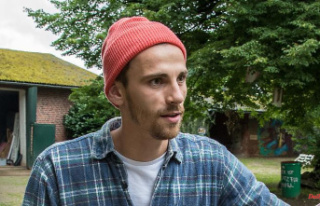 "I failed so much": Fynn Kliemann admits...