The "crime scene" in the quick check: Broken Hearts in the flower bed

If your throat swells slightly just at the word "explanatory dialogues", you should probably skip the switch-on on Sunday evening. 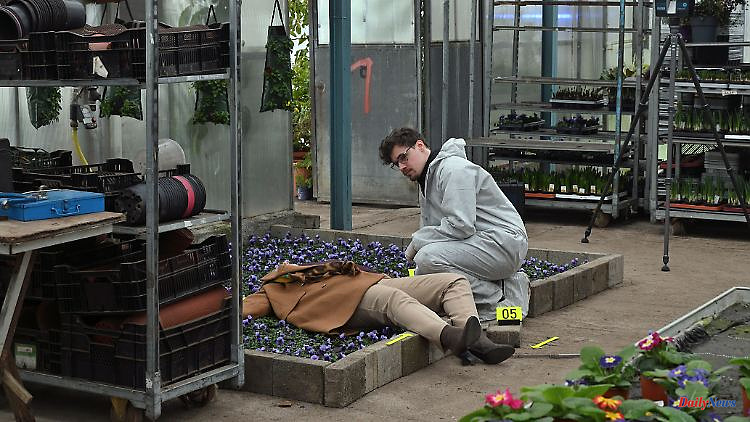 If your throat swells slightly just at the word "explanatory dialogues", you should probably skip the switch-on on Sunday evening. Everyone else can expect a Dresden "crime scene" with "Totes Herz", which you have to look at a lot before it at least pays back a little in the end.

The plants in the large greenhouse of their nursery may be thriving, but the love between Patrick (Nico Rogner) and Nadine Teichmann (Kristin Suckow) is dying. The couple is on the verge of separation, only their daughter Nadine (Kristin Suckow) seems to somehow hold the relationship shop together. Then a tragedy tears up their dull everyday life between garden hose and hedge trimmers: Nadine's mother Heike (Tanja de Wendt) suddenly lies dead between the flower beds, brutally beaten to death with a hammer.

When gardening helper Juri (Alexander Schuster) went into hiding shortly thereafter and found refuge with his sister Swetlana (Lara Feith), who in turn had an affair with Patrick, it stood for the inspectors Karin Gorniak (Karin Hanczewski) and Leonie Winkler (Cornelia Gröschel) and theirs Head of department Schnabel (Martin Brambach) is almost certain: the autistic young man must be the murderer. But then things turn out very differently, because Heike Teichmann is not the only dead person - and somewhere in the depths of her CV is the mysterious motive for the crime.

Large parts of this answer would disturb the audience, only so much can be revealed: "Totes Herz" opens a lot of barrels, including a particularly large one from the history of the GDR. The only thing that ultimately doesn't quite work out is putting the lid on it. Somewhere in this plotpourri lies an exquisite psychological thriller with a beautiful twist, unfortunately this "crime scene" doesn't really get to grips with it.

Seriously now: The strangely designed "retarded one", with teddy bear and homemade canned figures, staring gaze and funny gait, this film archetype between Kaspar Hauser and Arnie Grape, who then also has to serve as a suspect, doesn't slow down obsolete? How about, first of all, allowing people with disabilities to appear more and more as a matter of course in TV families, ensemble settings, leading and supporting roles? Then at some point an autistic person might get caught on the screen with a bloody hammer.

Comes slowly from the back and then throws himself into the fold at the end. In other words: First there is talk, talk, talk, explanatory dialogues for three cases are unwound, then the whole thing still turns onto the expressway, possibly a little too late.

1 Bavaria: Hiking instead of skiing on the last holiday... 2 North Rhine-Westphalia: Skiing in the countryside:... 3 Baden-Württemberg: acid attack on woman at front... 4 Parallel to predecessor: Tehran appoints new controversial... 5 War in Ukraine and its consequences: Feld economist:... 6 Coworking trend: "Working as a reason to come... 7 "I'm ready to give everything": Blind... 8 Mecklenburg-West Pomerania: US destroyer USS Roosevelt... 9 North Rhine-Westphalia: car rolls over in an accident... 10 Thuringia: 71-year-old had a fatal accident in Großwechsungen 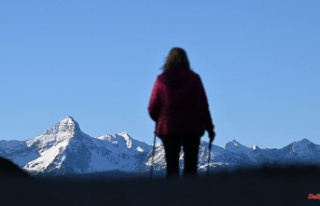 Bavaria: Hiking instead of skiing on the last holiday...