While the ground battles are mainly taking place in eastern Ukraine, Russia is intensifying airstrikes across the country. 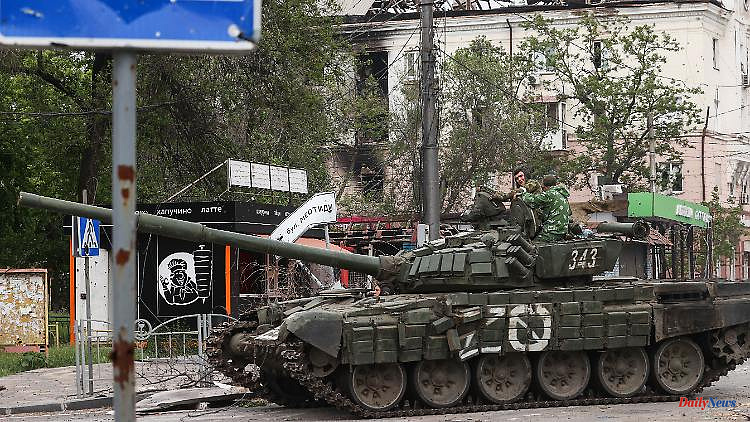 While the ground battles are mainly taking place in eastern Ukraine, Russia is intensifying airstrikes across the country. On the one hand, Moscow offers negotiations, but also indirect threats to the West, in the form of new ICBMs. The 88th day of the war at a glance.

Russia is increasing its airstrikes

According to Ukrainian sources, Russia is intensifying its airstrikes throughout Ukraine. The Russian army is continuing "its missile and air strikes on the entire territory" and has "increased the intensity," the Ukrainian army general staff said. Accordingly, Moscow is increasingly using the air force "to destroy important infrastructure".

Local Ukrainian authorities have confirmed a Russian missile attack on the village of Malyn west of Kyiv. The Ministry of Defense in Moscow said on Saturday that it had destroyed a significant Western supply of weapons there with "high-precision, long-range sea-based weapons". The Ukrainian authorities, on the other hand, speak of damage to "civilian infrastructure". The General Staff does not provide any information on a weapon delivery that was fired upon.

Experts fear the encirclement of Severodonetsk

Meanwhile, nothing has changed in Russia's goal of gaining total control of the Donetsk and Luhansk regions. In the Luhansk region, only the cities of Severodonetsk and Lysychansk, separated by a river, are now controlled by Ukraine. According to experts, Severodonetsk is at risk of being completely surrounded and besieged by Russian troops. However, the Ukrainian governor of Luhansk, Serhiy Gajdaj, was optimistic. His troops were rearming and could "probably counterattack in June."

The fighting in Ukraine may continue for weeks and months. Accordingly, Ukraine is extending the martial law that has been in force since the end of February by a further 90 days. In view of the Russian war of aggression, the parliament in Kyiv also votes to extend the general mobilization until August 23, as several MPs write in the Telegram news service.

Dead soldiers and civilian casualties both sides number in the thousands. The chaotic mass burials - for example in Mariupol - could lead to poisoned groundwater. The mayor of the city of Mariupol, which was taken by Russian troops, Vadym Boychenko, warns of this new danger for the people. According to the "Kyiv Independent", Mariupol is threatened with the outbreak of infectious diseases because the sewage system is not working. During the summer rains, all the toxins would get into the rivers, sea and springs from which people get their water, Boychenko says, according to the report.

BND report: Many right-wing extremists are fighting on the side of Russia

Meanwhile, the Federal Intelligence Service (BND) is providing interesting insights into the Russian war of aggression. According to one report, numerous Russian right-wing extremists and neo-Nazis are fighting alongside the Russian military, which Vladimir Putin said is committed to denazifying the country. According to the seven-page document available to "Spiegel", the "Russian Imperial League" and the group "Rusich" are "at least two groups with right-wing extremist sentiments" fighting against the Ukrainian army. In addition, Moscow is using at least one other right-wing extremist "individual for its own purposes," the paper says.

President Zelenskyj has repeatedly emphasized that the war can only be ended at a diplomatic level. Now Russia is again signaling its willingness to talk. Russia is ready to resume talks with Kyiv, but Ukraine is under pressure, Putin adviser Vladimir Medinski said on Belarusian state television, according to the Interfax agency. Medinsky, who previously led the negotiations for the Russian side, did not rule out a meeting between Putin and Ukrainian President Volodymyr Zelenskyy. But this requires "serious preparation", such as documents that the presidents can then sign.

One hand is reaching out to Ukraine in peace negotiations, while the other is rattling sabers. By the end of autumn, Russia intends to put about 50 new Sarmat-type ICBMs into service. The rockets (NATO code name: SS-X-30 Satan 2) are to be manufactured in Krasnoyarsk, Siberia, as the head of the Roskosmos space agency, Dmitry Rogozin, announced to the Interfax agency.

At the end of April, Russia carried out a test launch of the ICBM at the Plessetzk spaceport in northern Russia. The Sarmat has a range of 18,000 kilometers and can be equipped with nuclear warheads. According to Putin, the weapon can overcome all forms of anti-missile defense and "makes people think twice who, in the fervor of hardened, aggressive rhetoric, try to threaten our country." 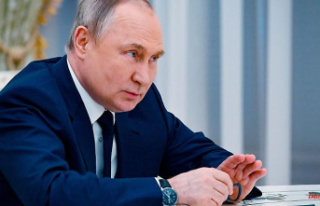