The ECB, bolder than expected, ends the era of negative rates

Caught in a complex trade-off between rising prices and fears of recession, the Frankfurt institution chose boldness: it raised its three key rates by 50 basis points after having prepared people's minds for an increase of only 25 points. 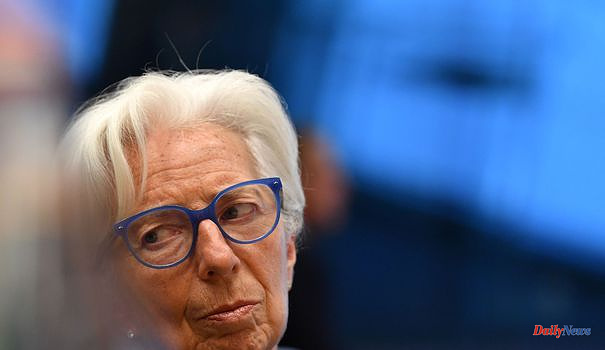 Caught in a complex trade-off between rising prices and fears of recession, the Frankfurt institution chose boldness: it raised its three key rates by 50 basis points after having prepared people's minds for an increase of only 25 points.

The main interest rate thus goes from zero, the level where it has been camped since 2016, to 0.50%, while that taxing part of the bank liquidities not distributed in credit, goes up from -0.50% to zero.

The decision on this turn of the screw was "unanimous" in the face of inflation which "will remain at an undesirable high level for some time", according to the president of the institution Christine Lagarde.

The rise in prices in the euro zone -8.6% in June- continues to increase under the combined effect of the post-Covid recovery, tensions in supply chains and the energy crisis linked to the Russian offensive in Ukraine.

The ECB thus closes the era of negative rates that began in 2014 and closes a decade of generous monetary policy that has stimulated the economy during the crises of recent years.

After this strong impetus, the ECB will "continue the normalization of rates" and this "meeting by meeting", assured Ms. Lagarde.

The next monetary meeting is scheduled for September with new economic forecasts.

"Eurozone inflation for the rest of the year will remain high and the pressure on the ECB to act will also be high in the short term," said Konstantin Veit, portfolio manager at Pimco.

This "historic" decision reflects the fear of the guardians of the euro to see the window of opportunity for an interest rate hike closing, analyzes Carsten Brzeski, of ING bank.

This tightening of monetary policy in the euro zone had already begun in July with the end of new debt purchases on the markets.

The other central banks have been much more active for months against soaring prices, such as the American Fed which took off its rates in March.

But the ECB's task is more complex due to the growing threats of cuts in Russian gas supplies, the risk posed by the political crisis in Italy and the fall of the euro.

“The economic horizon is darkening” and this “for the second half of 2022 and beyond”, summarized Ms. Lagarde.

In Italy – one of the most vulnerable economies in the monetary zone – the Prime Minister and predecessor of Mrs. Lagarde at the head of the ECB, Mario Draghi, submitted his resignation on Thursday. Early elections will be organized.

His departure immediately boosted the Italian borrowing rate on the market.

The spread with the German rate reached its highest level since mid-June 2022 (well 2022).

To ward off the specter of a new sovereign debt crisis, the European Central Bank also announced on Thursday a new instrument to protect the most fragile states against speculative attacks which increase their borrowing costs.

The ECB considers that these "spreads" - difference with the rate of the German loan without risk - hinder the adequate transmission of its monetary policy.

Strict conditions for the use of this tool, known as the "transmission protection instrument" (IPT), have been defined, as the guardians of the euro can be accused of carrying out disguised state funding.

Ms Lagarde dodged repeated questions about whether Italy could be the first country to benefit from the ECB's umbrella.

The institute "does not take a position on internal political issues", assured the former boss of the IMF.

But if necessary, the ECB "will not hesitate" to use the IPT because it is "capable of doing things big", she hammered.

1 Joe Biden: US President has been infected with Corona 2 On the Seine, the river brigade dissuades swimmers... 3 War in Ukraine: Zelensky dismisses two senior officials... 4 Tax receipts increase sharply in June 5 Who is Rouja Ignatova, the 'cryptocurrency queen'... 6 HSV icon: "He was a role model for many"... 7 Finally pensioners - Germany's seniors are so... 8 206,000 cases in France, China confines millions of... 9 "We want to be the best, not the biggest" 10 Infectious diseases: let's be selfish, let's... 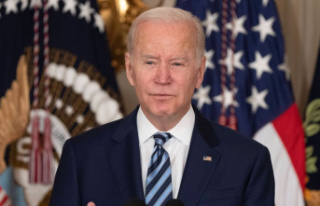 Joe Biden: US President has been infected with Corona