The government caught up in the historic drought in France

A decision taken in the face of the "historic situation that many territories are going through", announced Matignon. 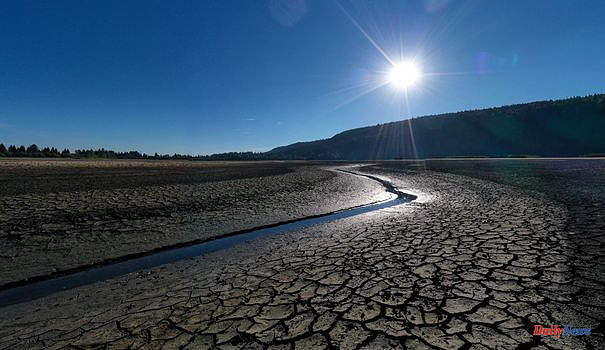 A decision taken in the face of the "historic situation that many territories are going through", announced Matignon. The cell, responsible for centralizing information, will meet at 11:30 a.m. in Beauvau, according to a government source. No decision is expected immediately.

"The exceptional drought that we are currently experiencing is depriving many municipalities of water and is a tragedy for our farmers, our ecosystems and biodiversity", underlines Matignon, who is worried that this drought - "the most serious ever recorded in our country " - persists, even becomes "even more worrying".

The crisis has been simmering for months in certain regions where drought decrees have multiplied since the spring, due to lack of rain.

93 departments in mainland France out of 96 are already subject to water restrictions to varying degrees and 62, or two thirds of the country, are "in crisis".

In this highest level of alert, the watering of lawns, vehicles or the irrigation of crops are prohibited, as is the filling of bodies of water.

The unit activated on Friday must make it possible "to ensure regular feedback from the department prefects of the most affected areas, to anticipate the possible activation of ORSEC water plans for the agglomerations concerned and to coordinate civil security measures necessary (water supply to municipalities, delivery of drinking water, etc.)".

It will also monitor "the impacts of this drought for our energy production and transport infrastructure and for our agricultural sector, in particular the livestock sector".

Elisabeth Borne asked the prefects to bring together, "as of next week, in each area of ​​tension, the local water commissions and, where they exist, the other local consultation structures for water management" in order to define "the prioritization of uses in case of necessity".

"We are on a major event, which can easily be compared to 1976 or 2003", commented Jean-Michel Soubeyroux, climatologist at Météo-France. With in addition a "record drought situation for soil moisture since July 17 at the national level".

Essential sectors are hard hit, such as agriculture, whether it is corn intended for animal feed, which is very water-intensive, or the lack of pasture for livestock.

“It is a global question that must be asked: what do we do when we are in a drought situation but especially upstream, how do we avoid getting there”, advocates the Minister of Transition ecological Christophe Béchu in an interview with La Provence. He is expected Friday afternoon in the Alpes-de-Haute-Provence with his counterpart in Agriculture Marc Fesneau.

The question of sharing the uses of water agitates the political class. On RTL Friday morning, LFI deputy Manuel Bompard felt that it was "a question of justice".

"When there are problems of tension over the use of water, it is necessary to favor the uses necessary for the life of everyone, and not the leisure of a few", he for example criticized , in response to a question about watering golf greens.

Serious consequences also for EDF which could further lower its production of nuclear electricity in the coming days, due to the high temperatures of the rivers.

River transport is also impacted: on the Rhine, the boats must be lightened by a third because of "sinking problems", according to Voies navigables de France. Nearly 600 km of canals are closed, particularly in the Grand Est and Burgundy, affecting boating activities.

The question of water resources also arises in tourist areas, which see their population increase sharply during the summer period, when the resource is scarce.

And the drought favors large-scale fires like those that affected the Gironde and Brittany.

1 "We are running towards disaster": Corsica... 2 With coffee and apple spritzer: Wolfgang Schäuble... 3 Taiwan: will China cut off the island from the rest... 4 With coffee and apple spritzer: Wolfgang Schäuble... 5 Astronomy: "Curiosity" on Mars for ten years 6 German cities are going dark. What does that mean... 7 Festival: Huge cheers for Bayreuth's "Lohengrin"... 8 Actor: James Franco appears in front of the camera... 9 Because of carcinogenic substances: Häagen-Dazs recalls... 10 Stock exchange in Frankfurt: Dax stable before US... 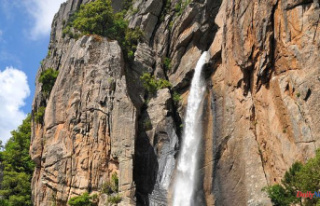 "We are running towards disaster": Corsica...