The half-year trade deficit widens to 71 billion euros, weighed down by energy

French foreign trade statistics have collected deficit records this year, weighed down by the explosion in energy prices since the outbreak of war in Ukraine. 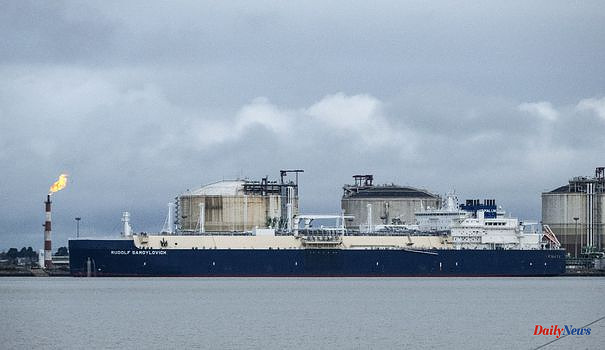 French foreign trade statistics have collected deficit records this year, weighed down by the explosion in energy prices since the outbreak of war in Ukraine.

The symbolic bar of 100 billion euros in annual deficit at the end of December seems inevitable. Over twelve rolling months, France already has a trade deficit of 121.9 billion euros.

Appointed last month to the Foreign Trade portfolio to replace Franck Riester, the new Minister Delegate Olivier Becht conceded on Friday "a very significant deterioration in our trade deficit" during a conference call.

But, he said, the energy bill "alone explains the degradation". Energy prices weighed on the import bill for the first half of 48 billion euros compared to 27 billion euros in the second half of 2021. The phenomenon is all the more aggravated by the current weakening of the euro against to the dollar.

"The energy bill is increasing, there is not much we can do," reacted to AFP Maxime Darmet, economist at Allianz Trade. “But things are not improving on the side of the balance of manufactured goods,” he continues, citing aeronautical deliveries which are struggling to pick up again and the loss of market share in the automotive equipment sector.

"These figures show that the downward trend is still there, accelerated by the pandemic," said the economist.

Excluding energy and military equipment, the trade deficit peaked in the first six months of the year at 36 billion euros, close to its level in the second half of 2021 but well above the levels recorded over the past ten years.

Having become one of the government's priorities due to the heavy disruptions in global supply chains and the economic consequences of the war in Ukraine, France's stated reindustrialization efforts are struggling to translate into the trade balance figures.

"It will take at least a decade to reindustrialize," said Olivier Becht on Friday, adding that France "is coming out of thirty years of deindustrialization".

For the economist at the OFCE Mathieu Plane, the current figures raise the question of French competitiveness excluding costs, "research, innovation, training, lots of things that do not only go through taxation", the latter having been gradually reduced since 2012 by the supply policy and representing a total of tax cuts "from 60 to 70 billion euros per year".

"It might be much worse if we didn't have these devices, but we haven't managed to regain market share," says the economist.

Rare positive point in foreign trade statistics, the very good performance of services which recorded a record surplus of 34 billion euros against 23 billion in the previous half. These were driven by transport, travel and financial services. 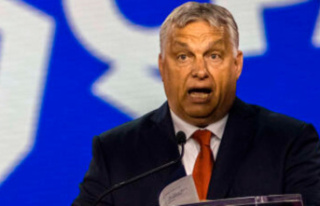 Right-wing conservatives among themselves: Orban rails...