RB Leipzig is the DFB Cup winner for the first time in the club's history. 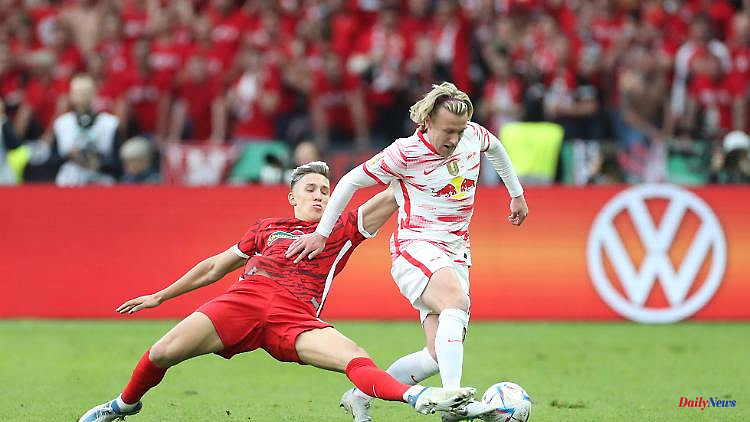 RB Leipzig is the DFB Cup winner for the first time in the club's history. The Bundesliga team avoids trauma in the final and wins against a lot of resistance. That's not undeserved, but final opponent SC Freiburg delivers the pictures of the evening.

What was actually going on in the Olympic Stadium?

What a nightmare for the municipal greenkeepers: Only on Thursday did Hertha BSC and Hamburger SV in the Bundesliga relegation team work on the lawn of the Olympic Stadium at a clear level, two days later the green had to be the stage for an important one again Give game: The DFB Cup final between RB Leipzig and SC Freiburg. The lawn in the capital is such a stressful topic that caused a lot of trouble in the Bundesliga in winter. "It's a disaster, to be honest," Cologne coach Steffen Baumgart scolded the field in January, Dortmund's managing director Hans-Joachim Watzke had already etched in December: "The place was unworthy of a Bundesliga club. There was a clay meadow there. " Now nobody talked about the lawn afterwards.

Instead, there is also a lot to talk about: In an intense final, RB Leipzig won the first title in the club's history, against a lot of resistance. Backlog, dismissal, a bit of annoyance with the referee and video colleagues against the pressure of having to win in order not to catch a veritable title trauma. Against the bad trend of the end of the season, in which the Saxons had just saved themselves in the Champions League after the disappointment in the Europa League.

SC Freiburg already had their hand close to the cup, it would have been one of the biggest cup sensations that German football, which was so lacking in sensations, would have produced in recent years. It turned out differently. The lawn in the Olympic Stadium had nothing to do with it.

Why was the finale so special?

A final without Bayern Munich or Borussia Dortmund - that was the last time there was in the DFB Cup in 2011. FC Schalke 04 won 5-0 against MSV Duisburg. The last time two teams were in the final that had never won the title at all is almost a long time ago: In 1993 Bayer Leverkusen beat the amateurs (!) Hertha BSC 1-0. This final was special for RB Leipzig in particular, because while Freiburg was allowed to go to "Berlin, Berlin" for the first time, the people of Leipzig have long since settled in the capital: 2019, 2021 and just now they made it to the cup final. Another defeat: Acute title trauma!

Especially since the Saxons, who had saved the Champions League qualification on the last groove, had to cope with a real low blow with the semi-finals in the Europa League at Glasgow Rangers. Coach Domenico Tedesco bravely said that if you couldn't present the sticky club owner with a trophy in the end, it was still a "super, super season". Of course, no one believed the ambitious coach, who had led RB through the table after a catastrophic start to the season.

They don't have to prove that everything is "super, super" even without trophies: RB Leipzig celebrates the club's first major title in the club's 13-year history. He deserves it.

The man of the match:

RB Leipzig wrote club history with the dramatic victory in an intense cup final. Bundesliga Player of the Season Christopher Nkunku scored to equalize from a man down and put his side back in the game. The Frenchman is also the key player in this final, but at the end of the game there are tears on his face: Nico Schlotterbeck delivered a masterclass in defense in his last appearance for SC Freiburg.

The 22-year-old is present at every moment of Leipzig's offensive efforts, once he saves on the line for his defeated goalkeeper Mark Flekken, deep in the second half he resolutely breaks off an attack by the Saxons with a tackle flown precisely to the point. Fine work unperturbed by passion. At Borussia Dortmund, where the national player will defend alongside Niklas Süle from the summer, they will be happy that Schlotterbeck's future is clear: After the big performance in this big game, a commitment would probably have been even more expensive than the rumored 20 million euros. The final is lost, the future won. At the end Nico Schlotterbeck said goodbye with a smile and great pride.

The contrast of the evening:

"It's crazy," said RB club boss Oliver Mintzlaff on ARD. "It's unbelievable that it worked out like this in the end. It will certainly take a while. Our world is turning so fast." But he will now pause to enjoy everything. What the RB official had to clarify beforehand, he said when asked, was to assure referee Sascha Stegemann, who was very busy in an intense game, that he did not agree with his game management and therefore his performance. An idea that was at least surprising at the moment of the first major triumph in the history of the club supported by the Red Bull Alimony.

A few minutes later, the ARD cameras caught Christian Streich, who may have just lived through bitter minutes after a great season with SC Freiburg. The coach, who had previously stood in silence and melancholy in front of the Freiburg curve for a long time, hugged assistant referee Mike Pickel deeply. Streich knew or found out that Pickel played his last game as an assistant in professional football that evening. Pickel is the record assistant in the Bundesliga. Streich took the importance of the referees into account, even in the bitter moment.

Who actually owns half of the Freiburg opening goal?

To the rulers of the International Football Association Board (IFAB)! Before the current season, they had put a decisive hand on the hand rule. Before that, rule 12 stated that "if a player or a team-mate touches the ball with their hand/arm (whether intentionally or not) and immediately afterwards hits the opponent's goal or at least has a chance to score", the goal does not count may. In March 2021, the IFAB then announced that this passage - regardless of whether it was an intentional or unintentional hand assist at a goal - only applies to the goal scorer, no longer to his teammates.

The rule change then came into effect for the current season. So: Maximilian Eggestein's goal in the 2021 cup final would not have counted because Roland Sallai had accidentally stopped the ball against his arm immediately before the midfielder shot. Thanks to the gentlemen of the IFAB, the goal was correct in 2022, but in the end it was worthless. 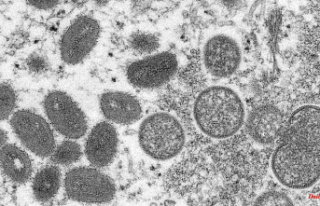