"The Hoff": Icon with a cult factor: David Hasselhoff sees the 70 "quite relaxed"

With "Baywatch", "Knight Rider" and "Looking For Freedom" David Hasselhoff shaped an entire generation and also a large fan base in Germany. 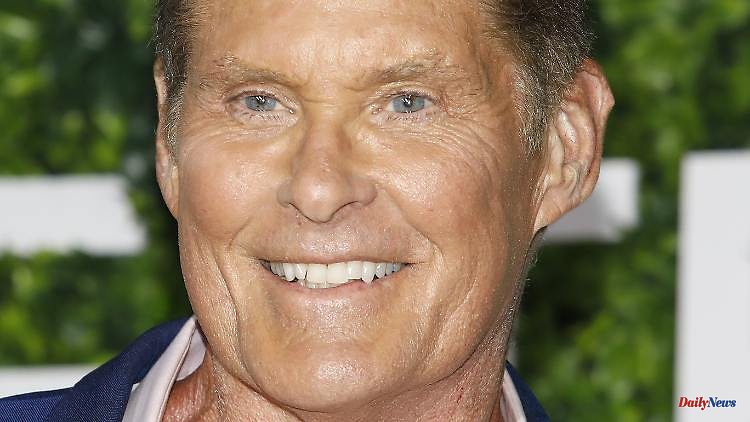 With "Baywatch", "Knight Rider" and "Looking For Freedom" David Hasselhoff shaped an entire generation and also a large fan base in Germany. He has a lot in common with Berlin and the Wall in particular. Now the US entertainer is 70 years old – no problem for him.

Above all, it is likely to be men in their forties who know immediately who the series characters Mitch Buchannon and Michael Knight are talking about: A whole generation has grown up with actor and singer David Hasselhoff - especially in Germany. Because the career of the American is also strongly linked to the Berlin Wall - or the fall of the Wall. On July 17, "The Hoff" will be 70 years old.

"I think I'm popular today because everyone has a childhood. I often hear people remember the Baywatch days or when they rushed home because Knight Rider was on," says Hasselhoff a few days before his anniversary. During the virtual conversation, the entertainer sits casually with his shirt wide open in his office in Los Angeles – in front of a wall with framed records. On the dresser is a lifeguard buoy - a reminder of his biggest coup.

Hasselhoff is already proud of what he has achieved. This is probably also due to the fact that he was often ridiculed and underestimated throughout his career. But his trash image did not prevent him from becoming a real cult figure. Hasselhoff, who was born in Baltimore and studied theater, got his first TV role in 1975 in the soap opera "Shadows of Passion".

After around 850 episodes, he left the show in 1982 to star in Knight Rider. As Michael Knight, partner in the talking wonder car K.I.T.T., he solves crimes and regularly breaks women's hearts. The series becomes a hit worldwide, and the radio plays are also a hit in Germany. After four seasons, Hasselhoff can also be seen in German comedies like "Zärtliche Chaoten 2".

But in 1989 he took on his next cult role: that of lifeguard Mitch Buchannon in "Baywatch". The action series with scantily clad protagonists was initially discontinued after one season and later developed into the most successful US television series of the 20th century. Mainly thanks to Hasselhoff, who is in charge as a producer.

The American, whose great-great-grandmother came from Völkersen near Bremen, also works on his musical career. The first two albums with love ballads are actually only successful in Switzerland and Austria, but the Jack White-produced single "Looking For Freedom" also hits Germany in 1989. At a time when people in the GDR in particular can finally savor their longing for freedom.

Hasselhoff's appearance at the New Year's Eve party at the Brandenburg Gate in front of around 500,000 people - in a flashing leather jacket and piano scarf - remains legendary. A few weeks after the fall of the Wall, people hugged each other to the number one hit of the time. "I think the happiest moment of my life was when I sang at the Berlin Wall - and the birth of my children," says the American. Daughters Taylor-Ann and Hayley, 32 and 29, who also work as actresses, are from his second marriage to colleague Pamela Bach, who divorced in 2006.

The Berlin Wall and Germany have not let go of the entertainer to this day. Again and again he proudly talks about his fame in Germany, which has long been smiled at in his home country. "I didn't really give it my all at the time to have this great success in America. I just did what was in front of my feet. I became famous around the world. And the fact that I was neglecting America at the time didn't bother me ."

Today, "The Hoff", as he calls himself, is a star who is ridiculed and at the same time celebrated in most countries around the world, who has discovered the banal and trivial as the core of the brand. Many find the music video for "Hooked On A Feeling" (1997) extremely embarrassing because of the visual effects, others celebrate Hasselhoff for it. The singer ("Crazy For You", "Limbo Dance", "Everybody Sunshine") is rarely embarrassed to this day, he laughs at himself and skillfully markets his image. He would probably only like to delete one episode from his private life.

Daughter Taylor-Ann documented the cult singer's former alcohol addiction in 2007 in a mobile phone video with which she wants to open her father's eyes. It shows a completely drunk Hasselhoff on the floor of a hotel room trying to eat a burger. The clip finds its way onto the Internet, and the US star is undergoing therapy. Today, no alcohol may be served to the fans at his concerts.

When asked about his dark days, Hasselhoff is as cheerful as ever. "I'm stronger today. I don't care about the memories either. I think about the future. And it's really exciting."

Because the TV icon is launching a special edition of his top 5 album "Party Your Hasselhoff" from last year (with a leather bracelet, a puzzle and a pack of Hasselhoff coffee). The single "Damn It I Love You" is the English translation of the Matthias Rhyme hit "Verdammt ich lieb dich". In the coming year he will go on tour with it, also in Germany.

The streaming service RTL is also showing the black comedy series "Ze Network" this year. Hasselhoff plays an American who plays in Berlin and uncovers an international conspiracy. He wants to celebrate his milestone birthday with the people who made him a megastar: with former colleagues from "Knight Rider" and "Baywatch".

And what does the 70 do with the twice divorced Hasselhoff, who has been married to the Welsh Hayley Roberts for four years? "I'm very relaxed about it. 7 is my favorite number anyway. So 70 is totally fine." 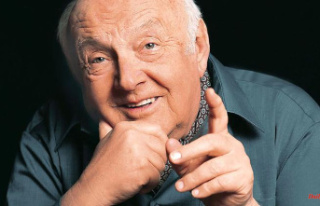