"The House of Dreams" on RTL: Emotional journey through time to Berlin in the 1920s

The six-part RTL series "The House of Dreams" takes us to Berlin in the 1920s. 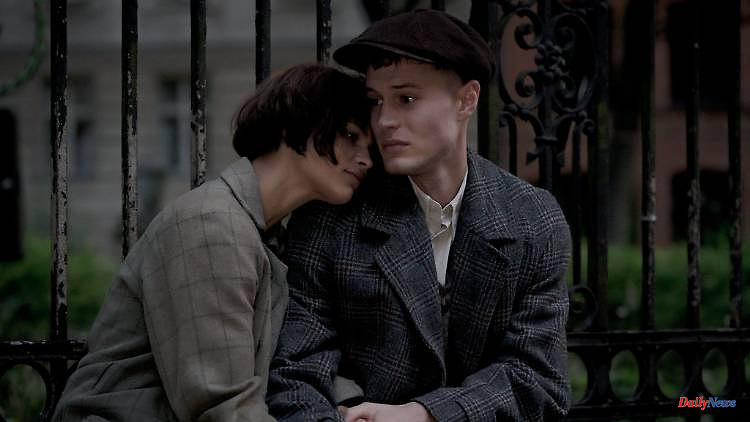 The six-part RTL series "The House of Dreams" takes us to Berlin in the 1920s. Fictional stories are told about the real "Kaufhaus Jonass". In addition to new talent, there are also stars like Alexander Scheer and Nina Kunzendorf.

At the end of the 1920s, the Jewish businessman and war veteran Arthur Grünberg (Alexander Scheer) wanted to open Germany's first credit department store in the completely impoverished Scheunenviertel district of Berlin. In the "Jonass" at Torstraße 1, even the little people should be able to fulfill a few of their dreams thanks to hire purchase, that's his noble goal, which, however, is not so easy to implement due to the financing.

In addition to business problems and the burgeoning National Socialism, he and his wife Alice Grünberg (Nina Kunzendorf) are also struggling with marital problems. In addition, her son Harry (Ludwig Simon) ticks very differently from the rest of the family and spends his nights in Berlin as a bar pianist. He has no interest whatsoever in the family business.

The penniless Vicky Maler (Naemi Florez), who is soon able to earn at least a little money as a saleswoman in "Jonass", falls in love with him of all people. When she finds out who Harry really is, whom she previously thought was also a penniless musician, their relationship is on shaky ground. Marriage between the two is unthinkable for a number of reasons, although Vicky is now pregnant by Harry.

Director Sherry Hormann, cameraman Christian Pirjol and lighting designer Matthias Beier deliver great pictures of people dressed with attention to detail in elaborate settings and thus create a special atmosphere again and again. Some of the equipment was created on the computer, others were specially recreated in Görlitz. For the filming, the "Jonass" was located in an empty department store from 1913.

And the "Jonass" really existed, although little is documented about its history in the early days. It was founded in 1929 and, after the Jewish owners were expropriated, initially served as the headquarters of the Hitler Youth and later as the headquarters of the SED. Today the building houses the elite private club Soho House, which celebs like George Clooney and Madonna like to hang out at when they're in town.

The 2012 novel "Torstraße 1" by Sybil Volks served as a loose template for the screenplays for "The House of Dreams", although the team around head author Conni Lubek reinterpreted, thought up and adapted many things for the series. Logically, because the book covers eight decades, of which the 20s represent only a fraction.

The series makers have succeeded in illuminating the Berlin of the Weimar Republic from its different sides. Noble splendor and beautiful appearances among the well-to-do merchants and bankers in the city, from whom Grünberg has to beg for financial help. Poverty, dirt and misery in the Scheunenviertel, where Vicky and her friend Elsie also live. The young and poor find distraction in Berlin's nightlife, where drugs, alcohol and sex provide at least a little distraction and joy.

And it's not just the backdrops that allow for an authentic-looking journey through time, the costumes do the rest too. There should have been a total of 5000. Fashion designer Guido Maria Kretschmer was won over for a very special dress. The fact that there is a budget of 26 million euros in this series, whose second season, which has already been filmed, is scheduled to start later this year, cannot be overlooked.

The cast didn't even rely exclusively on big names. Alexander Scheer, Nina Kunzendorf and Samuel Finzi, who plays the Jewish businessman Carl Goldmann, are of course among the most sought-after faces in Germany. "Gundermann" actor Scheer plays Arthur Grünberg with a lot of depth, especially in quiet moments. As Alice Grünberg, Nina Kunzendorf is an impressive personality with elegance and a touching melancholy.

But it is the rather blank slates Naemi Florez, Ludwig Simon and Amy Benkenstein who form the focus of recent events and who fulfill this task with great ease and enthusiasm. It's fun to watch them all trying to get the best out of their lives despite the odds, even if they fail time and time again.

With "The House of Dreams", RTL has just the right series up its sleeve to start the dull autumn. And if the heating has to stay cold for cost reasons, the stories about the real department store and its fictitious employees at least warm the viewer a little from the inside.

"The House of Dreams" will be available on RTL from September 18th.

1 Square-faced man: Henry Silva is dead 2 'Life-Saving Abortion': Teigen corrects... 3 Off after 35 years: Broadway stops "Phantom of... 4 Westminster Hall incident: man arrested at Queen's... 5 Andrew is also allowed to wear a uniform: the Queen's... 6 What to stay away from: DiCaprio shared his secret... 7 "Now my life's work": The American... 8 A history teacher during the war: "I don't... 9 Pomp, pageantry and anointing: the monarchy is just... 10 LGBTQ community concerned: Right-wing politicians... 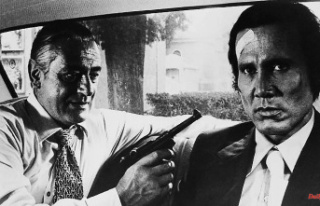