The insane thriller from Seville: The wonderful comeback of "old" football

The final in the Europa League between Glasgow Rangers and Eintracht Frankfurt does not live from the quality, but from what defines football: excitement, magical moments and the wild spectators. 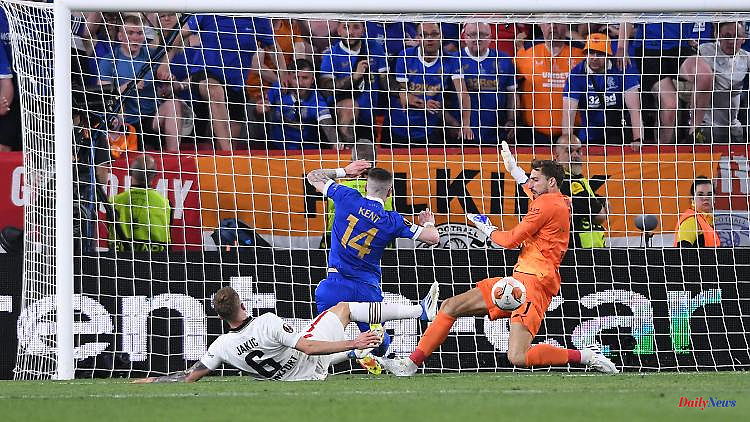 The final in the Europa League between Glasgow Rangers and Eintracht Frankfurt does not live from the quality, but from what defines football: excitement, magical moments and the wild spectators. It's a night that shows how the game used to be.

Rafael Borré stood all alone in front of a blue sea. Behind him, on the center line, the players of both teams and far behind him the white wall of the Frankfurt fans, who just couldn't believe it. Winning the European Cup is just a try, a touch of the ball away. After that, nothing would matter. The fans had taken over the Estadio Ramón Sánchez Pizjuán in Seville long before kick-off with their chants, decked out in their colors and now ready for eternity.

Actually, Borré should never have been there. Just a few minutes before the end of extra time, a cross from Kemar Roofe had reached Ryan Kent via detours. He was completely alone in the six-yard box and only had to push the ball over the line. From behind, Kristijan Jakic tried a tackle of desperation, but it was hopeless. Keeper Kevin Trapp was also beaten a long time ago, the ball rushed past him when he crossed, he strayed towards the goal line.

However, the national goalkeeper did not want the dream of the European Cup to die in this 118th minute. So when Kent was set to become Sevilla's hero of the night, the 31-year-old international threw himself in one last attempt and somehow got his right leg on the shot. A moment for eternity. One that will soon be on t-shirts and posters and will be running up and down for the next 50 years. "If you survive such a situation, you have the feeling that it's your turn today. I had that feeling," said Trapp after the game.

It is precisely these stories that will be told for decades to come. Kevin Trapp's incredible save and what could have been if only Kent had placed the ball a little better. This final did not live from the sporting quality, but from the fact that someone was always on the ground, that someone was always tripping and someone was always playing a bad pass. Referee Slavko Vinci showed no particular interest in personal penalties. He rarely intervened, not even in the fifth minute. Then John Lundstrom's cleat hit the head of Frankfurt captain Sebastian Rode, who then, as befits a final, continued to play with a turban until he was substituted late.

The finale was out of time. The comeback of the "old" football, in which everything was possible in the glorified collective memory, in which money played no role and Steaua Bucharest, Red Star Belgrade, Ipswich Town, FC Aberdeen, Nottingham Forest, IFK Göteborg or Eintracht Frankfurt were realistic had a chance of winning a European Cup.

It wasn't Bayern Munich vs Paris Saint-Germain and it wasn't Manchester City vs Chelsea either. It wasn't Real Madrid vs Liverpool either. So not the subscription teams for the last knockout and final games in the premier class. It was the Scottish runners-up Glasgow Rangers against the eleventh-placed team in the Bundesliga. The former UEFA Cup as a replacement for the competition torn by the greed of the big clubs. In the Europa League, teams compete that, according to general understanding, do not have a customary right to participate in a European competition. Teams that, as colleague Tobias Nordmann calls it in his wonderful Rode sketch, go on a hero's journey. And then they create something so unique and so special that it will last forever.

At Eintracht, at least since the round of 16 against Betis Sevilla, every game has been the biggest in the club's history. Betis Sevilla, Barcelona, ​​West Ham and now Glasgow Rangers. Opponents who breathe history and on which the Frankfurters charged themselves and went into every new game with an even broader chest. For this they threw away the Bundesliga and, together with their unbelievable crowds of fans, focused on the Europa League. This set them apart not only from Barcelona, ​​but also from German representatives Borussia Dortmund and RB Leipzig, both of whom had more or less failed miserably against Glasgow Rangers.

The arrogance of the few big teams, the desire for history of the middle clubs made this final in Andalusia possible. During the day, the more than 100,000 fans from both camps who had traveled with them had transformed the city into a gigantic football party, although they quarreled from time to time, but in the end it was more peaceful than at any folk festival. They were all too excited about this game. They didn't want to let that go.

Borré put his hands on his hips. Then he started. A few strides, head up, aimed at 40-year-old Rangers keeper Allan McGregor. The Colombian put his left leg next to the ball, took a dry shot, a perfect shot, over the arms of the flying Scotsman into the top left corner and right into the history books and probably the biggest and longest celebration Frankfurt has ever experienced Has. A single frenzy, which will culminate this Thursday from 6 p.m. at the reception of the team at the Römer (live on RTL and ntv.de). 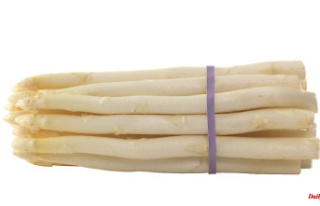 Ladiges cooks: something different with asparagus