There is no special reason for this film - no milestone birthday, no special anniversary of death. 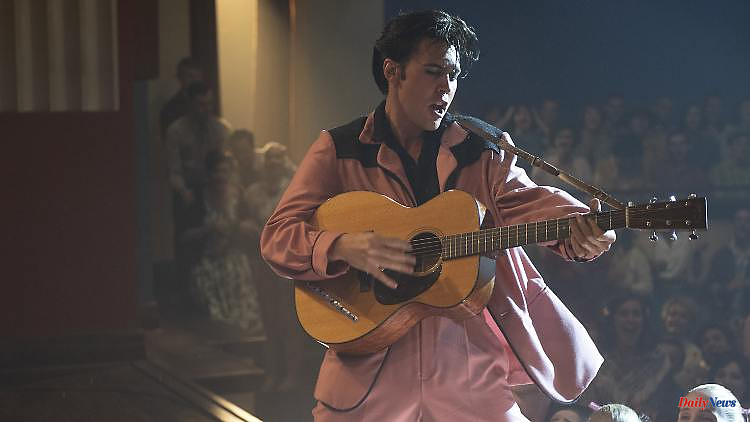 There is no special reason for this film - no milestone birthday, no special anniversary of death. And yet Baz Luhrmann's visually stunning homage to Elvis Presley comes at just the right time. "Elvis" - the first movie about the King ever.

A movie about Elvis Presley? In the first reaction one tends to dismiss it with boredom. It must have happened countless times! And anyway: who cares about hip-wiggling rockabilly from the last century these days?

But wrong thought, because unbelievable, but true: In fact, the story of Elvis Presley has never been told in the cinema. There were various TV productions. For example, already in 1979 "Elvis - The King" by the actual horror specialist John Carpenter with Kurt Russell in the leading role. Or the two-parter "Elvis" from 2005, in which Jonathan Rhys Meyers embodied the title character. But the big screen has so far been denied Presley's biography.

And again wrong thinking, because of course the King still has countless fans and as an icon of music history will probably never completely lose its fascination and importance. After all, with more than a billion records sold, Elvis is still the most successful solo artist of all time, even 45 years after his death, far eclipsing pop greats like Michael Jackson, Madonna or Elton John.

The fact that none other than Baz Luhrmann has now taken on the task of constructing Elvis's first cinema monument also speaks for the film - even if the Australian director initially seems as far away from Presley's former sphere as the king from techno. But Luhrmann has come up with a musical strip like "Moulin Rouge!" (2001) or a hip-hop series like "The Get Down" (2016-2017) have already proven to have an affinity for music. With the two-time Oscar-winning "The Great Gatsby" (2013), he also proved that he knows how to do big things. The 59-year-old doesn't touch much - "Elvis" is only his sixth movie. But whatever he touches has oomph.

In "The Great Gatsby" he caused mixed reactions from the audience. That shouldn't happen to him with "Elvis". While the director and Leonardo DiCaprio sometimes got tangled up in the opulence in the film adaptation of the novel by F. Scott Fitzgerald, Luhrmann perfectly manages the tightrope act between visual power, stringency and amiability of the story in "Elvis". The film is worthy of the main character to whom it is dedicated.

Elvis, embodied by ex-teen star Austin Butler, is just one of two stars who carry the plot. Finally, the story is told from the perspective of the shady Colonel Tom Parker, who managed the singer throughout his career - and also exuded like a Christmas goose. He is portrayed by none other than Tom Hanks, adding another milestone to his storybook Hollywood career.

It goes without saying that you can't just deal with a life like King's in passing. And so Luhrmann then takes a whole 159 minutes for his film adaptation. It's around two and a half hours, though, which is well worth it from start to finish, and there's never a sense of boredom or a desire for the events to be tightened up. If you want to dig up a criticism of the work at all, then maybe that the 30-year-old Austin Butler eventually reaches his limits in the reincarnation of the aged and worn-out Presley under all the mask. Compared to his rendition of the young rockabilly rioter, his performance here falls marginally.

"Elvis" offers a brilliant ride through the entire career of the king, from all its highs at the beginning to the increasingly dramatic lows at the end. Also and especially the dazzling role of Colonel Tom Parker is not neglected. Whether and to what extent all of this corresponds to the historical facts must of course remain an open question. Parker - just like Elvis himself - can no longer defend himself. He died almost 20 years after his former protégé in 1997. However, at least one thing speaks for the fact that the film pretty much hits the mark: Presley's ex-wife Priscilla can't stop raving about him.

"Elvis" is not "just" the biographical treatment of one of the most spectacular phenomena in music history to date. The film is also a moral portrayal of the United States with all of its racism and narrow-mindedness at the time. One of the strongest moments of the strip is certainly those in which the deep roots of white rock'n'roller Presley in Afro-American culture are shown.

Not only the commercial exploitation of black music by greedy guys like Parker and Co comes to light. It also becomes clear how much Presley himself was really influenced by her and how few reservations he had - contrary to the racist society - with her makers. What actually made him become a rebel and still allows us to say with a clear conscience: Elvis is alive.

"Elvis" is now in German cinemas. The soundtrack to the film will be available from Friday, including new interpretations of Elvis songs by Doja Cat, Tame Impala and Jack White.

1 Allegations against Oscar winners: Paul Haggis remains... 2 "Illner" on the gas alert level: "Nuclear... 3 European through and through: Ukraine would be an... 4 Ukraine talk at "Markus Lanz": Weimer: "The... 5 Free solution only sufficient: Good password managers... 6 If the iPads are too expensive: Tablets under 300... 7 Corded and Cordless: These vacuum cleaners do a good... 8 Natural cosmetics fail: Not all sunscreens are good 9 Just a "very good" powder: turmeric is a... 10 Inexpensive companies wanted: These are Germany's... 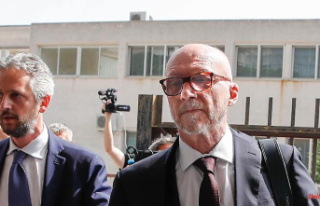