His mother hasn't been dead a week. 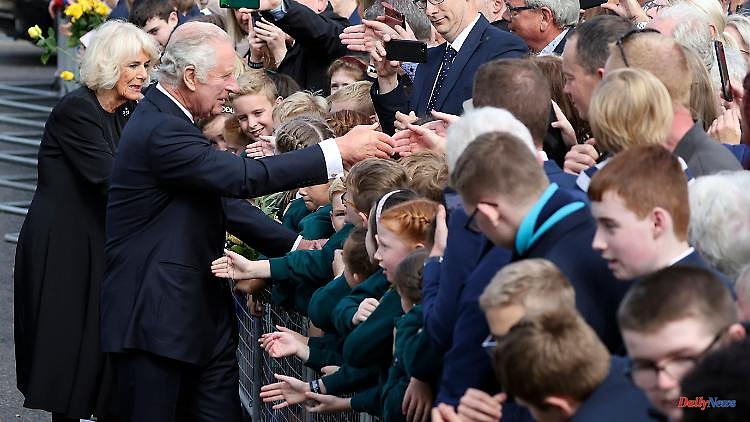 His mother hasn't been dead a week. But for King Charles III. everyday work has already begun. After the procession and wake in Scotland, he is now paying a visit to Northern Ireland. The welcome is quite warm.

With cheers and gun salutes Charles III. received on his first visit as King to Northern Ireland. The new monarch and his wife, king consort Camilla, not only shook many hands in front of the Hillsborough residence. The couple also viewed the hundreds of bouquets laid outside the palace in honor of the late Queen Elizabeth II. School children waved British flags.

The king wanted to meet the leaders of all parties and representatives of all religious groups in Hillsborough. His participation in an Anglican service in Belfast was then on the agenda. It is Charles' 40th visit to Northern Ireland - but his first as king.

The visit to the former civil war province takes place against the background of great political tension. The Irish nationalist Sinn Fein won the past regional elections for the first time in the province's history. However, the regional government has been paralyzed for months because of conflicts with the pro-British DUP.

According to the 1998 peace agreement, government in Belfast must be led jointly by Catholic nationalists and Protestant unionists. Nationalists are hoping for a better chance of Northern Ireland reuniting with the Republic of Ireland after the Queen's death. The pro-British Unionists, who were loyal to the Queen, strongly opposed this.

Elizabeth II died on Thursday at her Scottish country estate, Balmoral, at the age of 96. Two days later, their son Charles was officially proclaimed the new king. The 73-year-old then traveled from England to Scotland to lead a procession carrying his mother's coffin through the capital on Monday, followed by a wake. After his onward journey to Northern Ireland, a detour to Wales, the fourth part of the United Kingdom, is also planned. 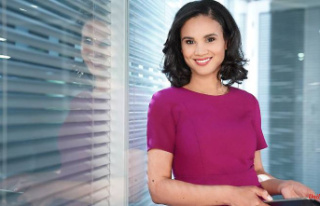 The best news of all: RTL presenter Charlotte Maihoff...