"The Lion's Den": The wheel has been reinvented

Yes, you read it right! In the third episode of "The Lion's Den" the time has actually come: A founding team from Baden-Württemberg, including a world champion brand ambassador, presents the holy grail of the Gyro Gearloose: the newly invented wheel. 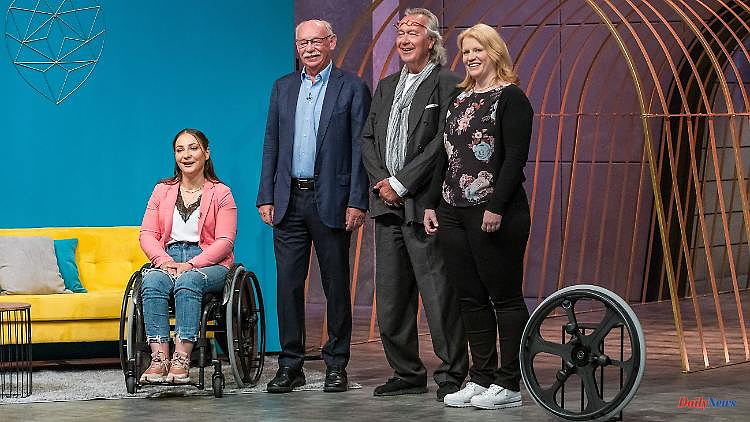 Yes, you read it right! In the third episode of "The Lion's Den" the time has actually come: A founding team from Baden-Württemberg, including a world champion brand ambassador, presents the holy grail of the Gyro Gearloose: the newly invented wheel.

Emotions repeatedly run high in the lion's den. Already in the first two episodes of the new season, founders and inventions came to the fore, which amazed everyone present. In the starting sequence, it was Aaron Holzäuer from Berlin, who was just 17 years old and attracted everyone's attention with his innovative bicycle box ("BeeMyBox"), but last week it was 22-year-old nipple pad expert Miriam Weilmünster from Bad Vilbel Highlight booklet in hand. In episode three, it's the ever-exciting number one question of the Gyro Gearloose, which not only occupies investors, but also visibly upsets them: Can the wheel be reinvented?

The founding team around "trivida" inventor Christian Czapek from Bad Krozingen is still on the way to the pitch area when Carsten Maschmeyer waves and greets with a big grin on his face: "We know each other from the sports ball! ", the lion rejoices when he sees the 17-time track cycling world champion and two-time Olympic champion Kristina Vogel. The athlete, who is confined to a wheelchair after a serious accident, is also pleased and gets straight to the point: "As a disabled person, one is often deprived of responsibility - not only by circumstances that one finds in the outside world. One also wants to do everyday things alone I want to be alone in the shower, alone in bed or on the couch," explains the former exceptional sports teacher.

A conventional wheelchair is far too often in the way, says Kristina Vogel. Thanks to the world's first wheelchair bike that can be dismantled into three parts, which enables people with disabilities to change position in and out of a wheelchair without barriers and safely, the lives of millions of people should be made easier. It quickly becomes clear that the founding trio (Dr. Christine Pflaumbaum, Wolf Dietrich Pflaumbaum and Christian Czapek) and their prominent brand ambassador have something really groundbreaking at the start. Nico Rosberg finds the performance "simply brilliant". Regale king Ralf Dümmel is also blown away: "These are these real wow moments!" enthuses the Hanseatic.

This "great moment in format" (O-Ton Carsten Maschmeyer) must of course be refined with a very special deal. Three interested lions (Dagmar Wöhrl, Nico Rosberg, Carsten Maschmeyer) put their heads together and finally made the founders an offer that cannot be refused. For a moment the world stands still in the lion's den. Everything that caused joy and disappointment before and after this time fades into the background: Ralf Dümmel is investing in a small stapler system revolution ("NextFolder") and Nils Glagau will soon be launching skin care cream made from breast milk ("Mémoire"), while fruity Unfortunately, street food from Colombia ("MangoMates") and a cat flap with prey detection ("KittyFlap") did not convince any of the investors present.

The moment is all about an answer that nobody really expected: Yes, you can reinvent the wheel! Those responsible for "trivida" have shown how it can be done. Now the market and the customer just have to hold their doors open. Then millions of people in wheelchairs could soon hope for a more independent future. Not only do three visibly happy lions rise from their chairs and applaud.

1 Offensive in the east: Ukrainian experts see "the... 2 Minister of health in Israel: Lauterbach wants to... 3 All devices get along: Matter is supposed to revolutionize... 4 Weeping mothers, conquered tanks: the powerful images... 5 Request to remove Putin: "We are showing that... 6 After Schlesinger's dismissal: Kai Gniffke will... 7 Eleven-Day Britain Tour: How The Queen's Body... 8 Integrated in iOS 16: FIDO 2 eliminates the need for... 9 A celebration of the small details, NBA 2K23 is more... 10 Good devices from 650 euros: These are the best notebooks... 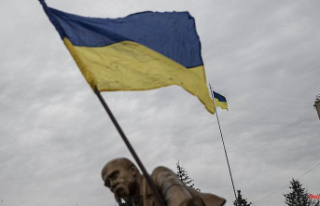 Offensive in the east: Ukrainian experts see "the...