"The Masked Singer" finale: The mole warbles to victory

In the plush "The Masked Singer" finale, the tooth fairy, the werewolf, a robot named Rosty and the mole pull out all the stops again. 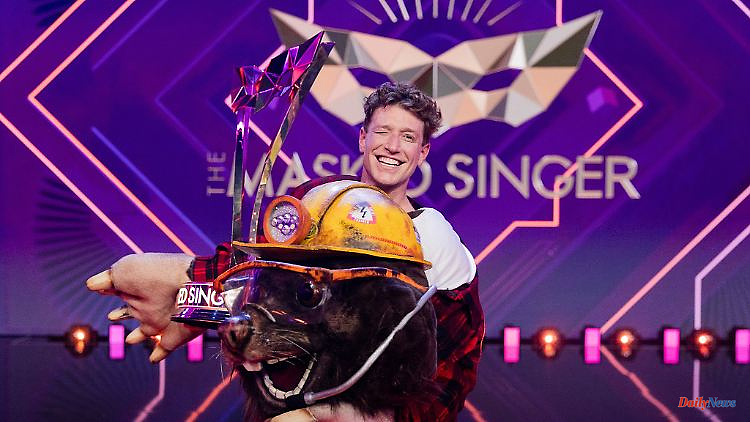 In the plush "The Masked Singer" finale, the tooth fairy, the werewolf, a robot named Rosty and the mole pull out all the stops again. The last two try to win the audience over with rock chaos and boy band pop. In the end, the one with the biggest paws wins.

"It's A Beautiful Day!" resounds through German primetime living rooms. After the crowning of "Team Forster" at "The Voice Of Germany", the four remaining costumed "The Masked Singer" turn towards the home straight. From the first second, the studio audience is beside the point. There is clapping in a continuous loop, even if the music sets a completely different beat. Show presenter Matthias Opdenhövel doesn't let the crowd's creepy sense of rhythm spoil his mood. The guessing team led by chatterbox Ruth Moschner is also blown away by the trendy opening.

Entertainer Riccardo Simonetti and "lioness" Judith Williams are at least as excited as rate boss Ruth Moschner, who presents herself in the finale with glittering shoes and rainbow eye shadow. The guessing team can chatter and cackle as much as they like - the limelight belongs to the actual protagonists of the evening. And they go by the names: Mole, Tooth Fairy, Rosty and Werewolf.

The costumes, once again grandiose and brought to life with filigree detail work, not only cause wide eyes in the studio, but also in front of the sofa at home. You'll want to hug the funny mole with his miner's helmet and fluttering flannel shirt just as much as the square tooth fairy, who, with her sparkling fairy staff and delicate wings, will put a big smile on the face of every mythical creature fan.

But also the mobile robot named Rosty and the always grumbling and howling werewolf cause astonished looks and appreciative continuous nods not only in costume designer circles. Every character has something special about them. Not everyone has musical talent. While the tooth fairy and the mole deliver solid karaoke fare and their performances oscillate back and forth between chart spectacle and power pop ecstasy, with Rosty and his deep-toned shaggy colleague from sound hell, who pushes the vocal tempo properly, one would rather have that cover ears. It doesn't matter whether it's Will Smith, Johnny Cash or Linkin Park: neither Rosty nor the werewolf can even remotely match their musical "companions".

After the temporary exposure of the tooth fairy (Leslie Clio) and the rusty robot (Rick Cavanian), a musical fifth division team still makes it into the big final duel. Here the roaring werewolf faces the lively mole. Once again, the two finalists can perform their favorite song of the season. While the werewolf relies on rocking chaos ("Hard Rock Hallelujah"), the mole draws his boy band trump card ("Larger Than Life").

One last round of telephone voting, then Matthias Opdenhövel finally announces the official final result. The mole can take the glass mask pot home with him! The fluffy head is removed in a jiffy and the face of actor, director, producer and musician Daniel Donskoy is revealed. Congratulations! Oh, there's another one in the shaggy werewolf costume. The rapper Bürger Lars Dietrich, who was quite successful in the mid-nineties, sticks his sweaty head out of his werewolf torso. A second place should and may be properly celebrated. The good Lars doesn't necessarily have to sing again. 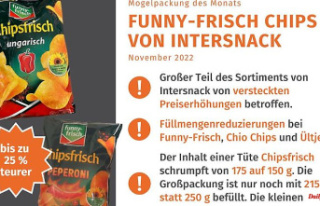 Not funny at all: This is the cheat pack of the month