The mourning period is not over: this is how the royals continue

After the death of the Queen, one appointment followed the next for the new King Charles and the other members of the British royal family. 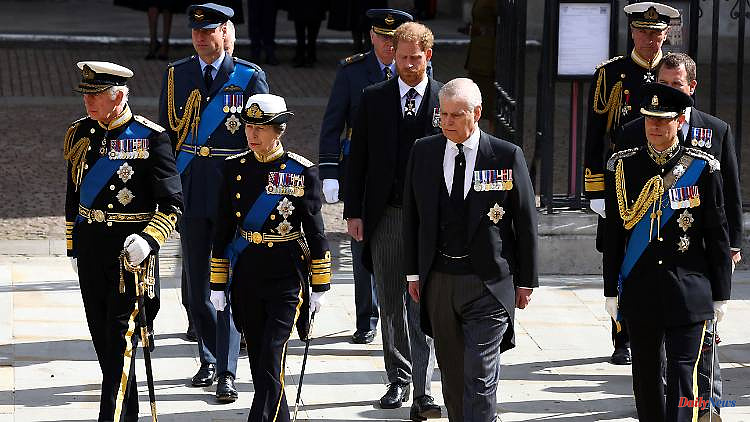 After the death of the Queen, one appointment followed the next for the new King Charles and the other members of the British royal family. With the funeral of the monarch, however, calm returns. For now at least.

Eleven days after her death, Queen Elizabeth II found her final resting place in the King George VI Side Chapel in Windsor. The world said goodbye to her, the state funeral with countless mourners on Monday was exhausting and sad for her family. How is it going for King Charles III. and his relatives further?

The official mourning period that has been set in Britain since the Queen's death has come to an end with the funeral. However, this does not apply to the royals. For them, the new monarch has ordered a period of mourning that lasts until seven days after the Queen's funeral. It is therefore not to be assumed that members of the royal family will make any public appearances in the coming seven days.

The funeral and the efforts of the past few days are now being followed by a "time for reflection" and "recovery," explains Royal expert Emily Nash in an interview with "Hello!" Magazine. The royals attended many memorial services in recent days, shaking hands with scores of grieving royal fans, accepting flowers and standing guard at the Queen's coffin.

"The last 10 days have been incredibly intense, especially for the King but also for the entire royal family. And although the funeral is now over, we will see another 7 days of royal mourning," Nash said. "That means we won't see them going about their usual business, attending appointments and making public appearances." Instead, the royals are now in for a "period of reflection" to "recover from a very difficult personal moment in their lives."

After the mourning in public, there are now a few quiet days for the royal family. As the British television network ITV reports, official appearances by the royals during this time are only possible with the express permission of the king.

Charles himself apparently uses his time off in Scotland. According to Sky News, he flew to Aberdeen from a military airport in London the day after his mother's funeral. Like the Queen, he's known for spending time in Britain's most northerly part of the country. In 2002, after the death of his grandmother, "Queen Mum", he inherited a cottage on the royal estate of Balmoral Estate in the Scottish Highlands, where he has since spent many holidays.

The next big date for the monarch will be his coronation. It is not yet known when this will take place. However, it could be in the next six months, suggests Emily Nash. Other experts assume a longer period. However, it is unlikely that it will take as long as the coronation of Queen Elizabeth II. After the death of her father, King George VI, in February 1952, it was 16 months before his coronation in June 1953.

According to tradition, the coronation is expected to take place in Westminster Abbey. The Queen's funeral service was also held there on Monday. In addition to Charles III. his wife, king consort Camilla, will probably also be crowned.

According to ITV, one of the priorities for Charles III. be the future of the Commonwealth. One of his first trips abroad as king will therefore probably take him to one of the countries where he is head of state. Queen Elizabeth II went on a six-month trip around the world with her husband, Prince Philip, after her coronation.

1 Alexa, Siri and more: majority of users prefer female... 2 Berlin out of the top 10: These are the smartest cities... 3 After the death of a young woman: three dead in protests... 4 The day of the war at a glance: Kremlin pushes referendums... 5 "Grant approval immediately": Union calls... 6 Dow Jones closes in the red: The nervousness of stockbrokers... 7 Honor for his life's work: Pop legend Elton John... 8 Mecklenburg-Western Pomerania: Kick-off to citizens'... 9 Hesse: Skyliners get Lithuania's basketball professional... 10 Hesse: Contract with Sinti and Roma: State Parliament... 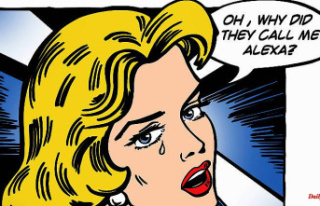