The last bastion of the Ukrainian army in Mariupol has fallen: after bitter trench warfare, Moscow announces the capture of the Azovstal steelworks. 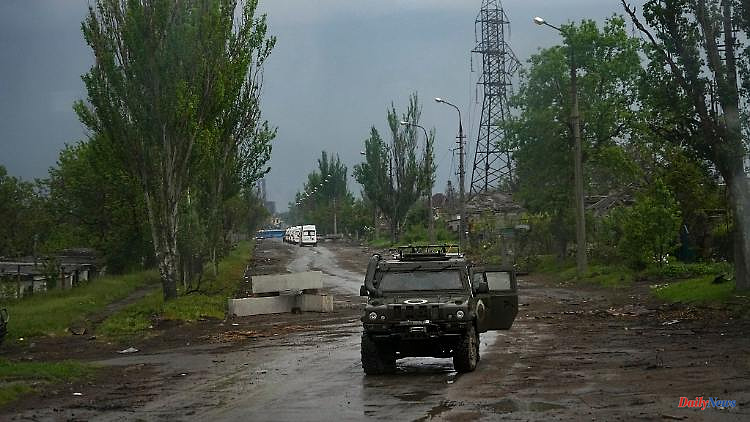 The last bastion of the Ukrainian army in Mariupol has fallen: after bitter trench warfare, Moscow announces the capture of the Azovstal steelworks. The fate of the soldiers is uncertain. Russian attacks on targets in the east continue. Because of the massive destruction in his country, President Zelenskyj proposes a fund for compensation payments. Other attacked countries should also benefit from this.

Moscow announces capture of the steelworks

After weeks of fierce fighting, the Russian army has claimed complete control of the Azovstal steelworks in the Ukrainian port of Mariupol. All enemy fighters surrendered, the Ministry of Defense said in Moscow at night. The sprawling industrial complex on the Azov Sea was the last place in the strategically important port city in south-eastern Ukraine that had not yet been fully under Russian control. The Ukrainian side initially did not comment on the alleged capture of the plant.

According to information from Moscow, a total of 2,439 Ukrainian soldiers holed up in Soviet-era bunkers have been taken prisoner by the Russians since May 16. The last group of 531 fighters was captured on Friday, it said. The steelworks had been besieged by Russian troops since April 21.

In a television interview recorded before the Russian government announced the capture, Ukrainian President Volodymyr Zelenskyy blamed the West for the development. He has repeatedly called on Western heads of state and government to supply his country with "appropriate weapons" "so that we can reach Mariupol to liberate these people."

Russia has stopped its gas supplies to Finland. "Natural gas deliveries to Finland under the Gasum supply contract have been suspended," said the Finnish state-owned energy company Gasum early in the morning. The Russian energy giant Gazprom announced the delivery stop on Friday, referring to the dispute over ruble payments. Gasum said gas is now being sourced from other sources via the Balticconnector pipeline, which connects Finland and Estonia. Gasum had already emphasized on Friday that a Russian delivery stop would not lead to supply problems in Finland.

Gazprom announced on Friday that it would stop supplying gas to Finland. The reason given by the company was that the April deliveries had not been paid for on time. Gasum had rejected Moscow's demand that bills be settled in rubles. The gas supply stop comes a few days after Finland's official NATO application.

Former NATO Secretary General Anders Fogh Rasmussen criticized the German government's cautious course on this point. Germany is "too hesitant to deliver heavy weapons and impose sanctions," the Dane told the "Handelsblatt". "Of course, Germany is highly dependent on Russian gas imports, but I think a clear stance from the federal government would change the entire dynamic in Ukraine. We need German leadership." Rasmussen called for an immediate halt to all oil and gas imports from Russia to Europe.

Because of the massive destruction in his country, Zelenskyy mentioned in his nightly video speech a fund for compensation payments to countries that Russia had damaged with attacks. That could be regulated in a "multilateral agreement". Zelenskyy suggested freezing or confiscating Russian capital and property abroad and transferring it to this new fund. "That would be fair," he said. According to Ukrainian estimates, war damage in Ukraine already totals hundreds of billions of euros. Russia began its attack on the neighboring country at the end of February.

Zelenskyi also blamed Russia for a rocket attack on a cultural center in the east of the country that injured eight. An eleven-year-old child was also injured in the shelling in the city of Lozova in the Kharkiv region, the head of state wrote on the Telegram news channel. "The occupiers have identified culture, education and humanity as their enemies." Russia, in turn, accused Ukraine of misusing civilian objects for military purposes.

1 Fine paid: Trump does not cooperate and pays $ 110,000 2 Dispute over ruble payment: Russia wants to stop gas... 3 No failures for customers: Russia stops gas deliveries... 4 Dispute over abortion rights: US archbishop bans Pelosi... 5 "Of course it jerks": Kühnert speaks openly... 6 RB Leipzig must win the cup: the game of fate for... 7 "He's fine so far": Tony Marshall cancels... 8 One for all: the looks of others 9 "Excitement and competition": Bierhoff's... 10 One for all: My black eye and the looks of others 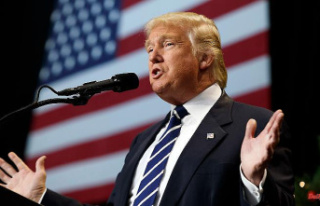