This speech will be the kick-off for the Borne government.

This speech will be the kick-off for the Borne government. This Wednesday, July 6, the Prime Minister will deliver her general policy speech in Parliament. The National Assembly will hold a first declaration at 3:00 p.m. followed by speeches from the group presidents for a long session... which will then resume in the Senate at 9 p.m.

The speech is usually long, often lasting over an hour. Which axis is it? The Prime Minister can then give a general speech that outlines his priorities and the main lines for the five-year term. Macronist strategist suggests to the "Parisian", the possibility of a “discourse about the method”. The long-awaited bill regarding purchasing power and the crisis in health will be discussed on the program.

It is possible that the discourse will be open to all parties while the executive seeks future blockages to its bills. In an Assembly where political forces are redistributed it is difficult for Elisabeth Borne, especially on the pensions issue, to make locked choices.

Prime ministers are often criticized for their policy discourse, which can be dangerous. Many have been described as too abstract or technical. Others, however, are distinguished by their lyricism. In 1988 Michel Rocard, for example, described his "dreams" in detail and hoped to bring "new hope" to France. Jean Castex, who made the final general policy speech in July 2020, distinguished himself with his tribute to the territories, a phrase he had used 25 times.

Political observers should scrutinize Elisabeth Borne’s speech. She is described as a "technician" and not a politician, and has already been criticized for the "coldness".

The session will end with the speech of the Prime Minister in the afternoon. It will then continue with the speeches by the deputies, one for each parliamentary group. They also promise to be lengthy: they lasted all day in July 2020 at 2h30.

Reports "Le Monde" that fifty minutes will be given to the Renaissance presidential majority (ex-LREM), fifteen for its MoDem allies, and ten to Horizons this year. The National Rally will have fifteen minutes of speaking time, while Les Republicains and Libertes, Independants, Overseas and Territories will only get ten minutes. Each member of the New Popular Ecological and Social Union, Nupes, who didn't want to form one group, will have ten minutes to speak. All this for around 2:30 again.

There could be a storm in the debates, and the leaders of the opposition need to notably criticize the Prime Minister for not being committed to the government's responsibility. The vote of confidence by the deputies will result in the session being canceled. This is of no use to a newly elected Prime Minister. To the dismay of the opposition, Elisabeth Borne declined to request it. It wasn't guaranteed to get an absolute majority.

In reaction to a motion for censure filed by La France insoumise, she will be confronted. It was voted on by all Nupes and discussed within 48 hours. This could further prolong the session if it were reviewed this Wednesday. . It is unlikely to succeed. 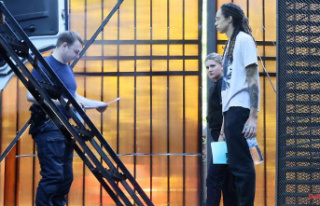