The Tiananmen massacre, and the question about the decolonization Uighur and Tibetan peoples

Threety-three year ago, Beijing's students were brutally murdered by the People's Republic of China's armed troops.

Threety-three year ago, Beijing's students were brutally murdered by the People's Republic of China's armed troops. Their crime was to aspiration to greater freedom and democracy like all youth around the globe.

The Uyghur genocide has been witnessed by the entire world since 2016. The multiple revelations from confidential Chinese documents have made it clear that this is a genocidal project ordered and planned by President Xi Jinping. He said these words: "Have No Mercy on the Uighurs!" ".

Three years later, Beijing continues to deny the Tiananmen massacre and refuses open archives to reveal the true number of victims. As for the millions who died in the Great Proletarian Cultural Revolution (1966-1976), or the Hundred Flowers campaign (1957), these are still taboo topics. The genocide China has been conducting against Uighurs for five year is also marked in the absence of images and figures of the horrific crimes committed by the Chinese Communist Party, which is known for its culture filled with secrets and taboos. The international institutions are waiting for China's realization of the genocide to reveal it to them. It is impossible to imagine that this regime of bloodshed and terror will allow its concentration camps to be opened to provide evidence of its crimes.

The decolonization and reunification of China is one issue that has not been raised by politicians, humanists or human rights activists. The territories that were colonized by the Qing empire in the 19th century are now part of the People's Republic of China. Many empires were forced decolonize following World War II. China was not one of them, but it managed to be seen as a victim in Western colonization. It colonized territories such as Eastern Turkestan (Uighur area), Tibet, and Inner Mongolia. Their main people (Uighurs Tibetans, Mongols) were treated as mere "ethnic minority" and the "provinces that have always belonged to Chinese territory".

Since the 1950s, however, these colonies have seen a steady stream of violence, resulting from colonial policies that were radicalized after Xi Jinping's rise to power. He eventually ordered the extermination of his colonized subjects. He locked them up in millions, forced them into labor, and prohibited and destroyed all that was important to them. As a people with their own identity and distinct from the Chinese.

Yes, the party state in place since 1949 has been a totalitarian dictatorship. This regime did not show mercy to its own youth, the Han population. It would be absurd to expect him not to show mercy to colonized peoples. The attempts to negotiate with China's Communist Party, initially made by Tibetan diaspora organizations and then by Uighur organizations, have never succeeded. It is impossible to expect respect for human rights for these peoples if the colonial issue continues to be ignored and even denied in militant intellectual debates.

It is impossible to negotiate freedom for colonized peoples if this totalitarian regime remains in place. Human rights NGOs and humanist politicians have a duty to critique colonialism and support decolonization in China and the West.

It is important to remember that China is a colonial power, and that the Uighurs and Tibetans, as well as other colonized peoples, have the right and ability to decolonize.

Dilnur Reyhan, sociologist, Teacher at INALCO, and President of the Uyghur Institute of Europe is Dilnur Reyhan 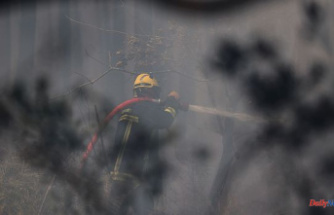 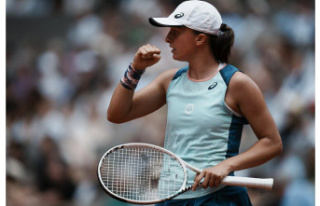