Long jumper Malaika Mihambo wins the gold medal with the last jump at the Olympic Games in Tokyo. 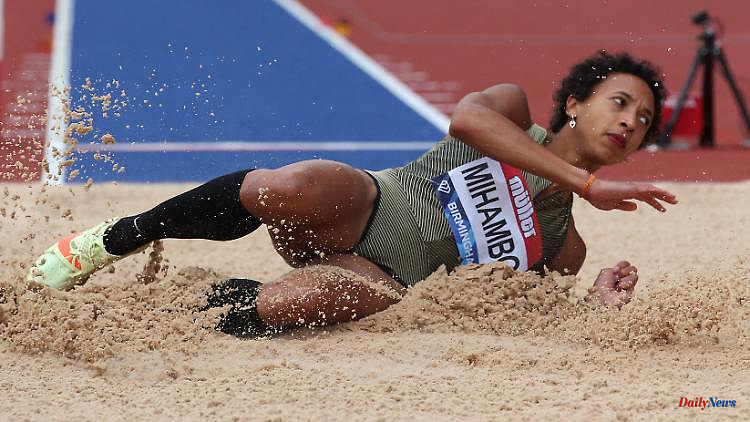 Long jumper Malaika Mihambo wins the gold medal with the last jump at the Olympic Games in Tokyo. She manages to jump to the 7 meter mark. In the first competition of the 2022 summer season, she has already trumped this sentence and is now dreaming of a world record.

It gets even better! Malaika Mihambo is firmly convinced of this after her grandiose start with the double title chance at the World and European Championships. "I think there's definitely more to come," prophesied the long jump Olympic champion after her victory with 7.09 meters at the Diamond League meeting in Birmingham on Saturday. "I feel as good as in the Doha year." In 2019, the 28-year-old from LG Kurpfalz shone in the world championship victory in Qatar with 7.30 meters.

Mihambo has never started a summer season better than now at the Alexander Stadium. Before her World Cup triumph almost three years ago, she had started the season at 6.81 meters, before the 2021 Olympic Games in Tokyo she had come 6.68 meters. After such a promising start, hopes for a title double at the World Championships from July 15th to 24th in Eugene and at the European Championships at home from August 15th to 21st in Munich are awakened.

The world record of the Russian Galina Tschistjakowa of 7.52 meters from 1988 is moving back into the realm of possibility. "In any case, the 7.52 meters no longer deter me," Mihambo said confidently after the 7.30 meter sentence three years ago. Only eleven women in the world ever jumped further.

However, since the World Cup coup, the seven-meter jumps had not been a matter of course for her due to back problems and the resulting start-up problems. "I'm happy with the start," said Mihambo, relieved. "And I'm glad it's going that far again." At the Tokyo Games, the three-time "Sportswoman of the Year" won gold in the last attempt with 7.00 meters.

In Birmingham she even managed to fly over seven meters in her last attempt with a time of 7.06. "I'm happy that it's already gone over seven meters twice," said Mihambo. "This shows that the stability at start-up is back." She can convert speed into distance again. "So everything looks pretty good. Apparently I'm on the right track," said the exceptional athlete who was born in Heidelberg. "Now it feels like I'm about as good as I was in 2019 when I was able to dominate."

A dress rehearsal for Mihambo is the next Diamond League start next Saturday in the US city of Eugene, where she wants to defend her world title in the long jump final on July 24th. The fact that the European Championships in Munich will continue just three weeks later doesn't bother her. "For me as a long jumper, it's good that the competitions are so close together," Mihambo said. "In terms of training, only one highlight has to be designed, which is ideal for the preparation." 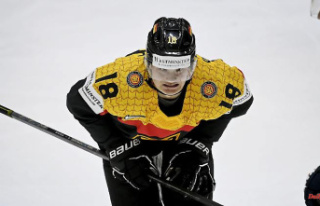