"They are meant for each other": Pastor reveals details of Bennifer's wedding

It was clear that Jennifer Lopez and Ben Affleck would marry soon. 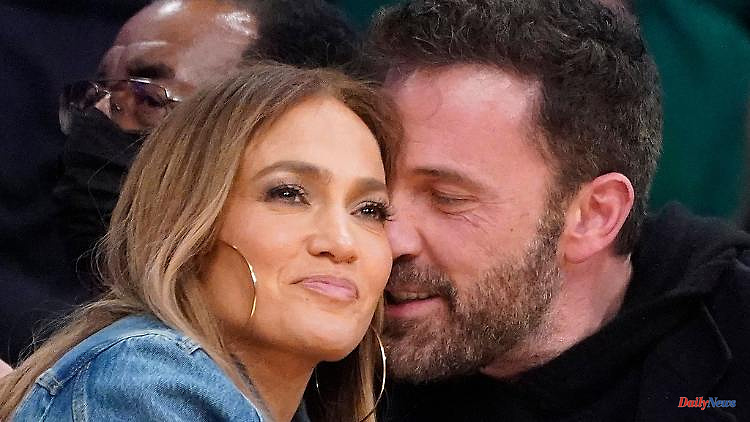 It was clear that Jennifer Lopez and Ben Affleck would marry soon. After all, the singer last wore a green bling on her ring finger. However, very few would have expected a night-time wedding in Las Vegas - not even the pastor who married them.

The pastor, who married Jennifer Lopez and Ben Affleck, gave People magazine details of the wedding: Ryan Wolfe and his colleague had just started preparing for their closing time on Saturday around 9 p.m. and the Little White Chapel in Las closing Vegas when Lopez and Affleck pulled up in an SUV. "And we said, 'Okay, I think we can do another (wedding)'," the pastor recalls.

At that time, Wolfe was not aware that the two were Hollywood stars. "I didn't recognize her right away. Mainly because I didn't expect to see her." Only when he showed Affleck the way to the toilet, where he wanted to change, did it click.

Despite Hollywood status, the couple said they wanted "just a regular wedding." Lopez walked down the aisle for the regular "Here Comes the Bride" procession, wearing a strapless dress by Lebanese designer Zuhair Murad and carrying a bridal bouquet. Affleck wore a white tuxedo with a pin.

The two had prepared their own vows for the ceremony. "They had their own words and they were beautiful words for each other," revealed Wolfe about the "emotional moment" of the wedding. And further: "You can definitely see the love they have for each other."

Present as groomsmen were Lopez's 14-year-old daughter Emme and one of Affleck's three children. "They would have to be 18 to be legal witnesses, but I allowed the children to sign the document," the pastor said. An employee of the church signed for the official license.

The children also had a lot of fun at the ceremony: "You could see that they were also close, had a good relationship, really liked each other. They were very excited and you could tell that they were really happy." There was no professional photographer, the young people were also responsible for that. The wedding is said to have been recorded with Affleck's cellphone. By midnight the wedding was over.

Wolfe only has warm words for the future of the two Hollywood stars: He is sure that they are "soul mates". "I believe 100 percent that it will last. They will do it. I really believe that they are made for each other."

J.Lo and Affleck met while filming together in 2001. They became engaged in November 2002 but separated in 2004. Affleck married colleague Jennifer Garner in 2005, with whom he has three children. They separated in 2015 and divorced in 2018. J.Lo married singer Marc Anthony in 2004 and has twins with him. Their relationship broke up in 2011. Affleck and Lopez have been dating since last year, and the two got engaged in April 2022.

Lopez and Affleck's celebrations don't seem to be over after their Vegas wedding. As an unspecified source told People magazine, the Hollywood couple is organizing "a bigger party" with friends and family.

1 At the age of 82: Director Dieter Wedel has died 2 Lemke speaks climate plain text: "We have to... 3 Warentest examines Straffr: Is it better to train... 4 Shower gels in the Öko-Test: Test winner from drugstore... 5 NASA with possible sensation: Telescope "James... 6 Bavaria: S-Bahn dispute: opposition threatens with... 7 North Rhine-Westphalia: 36-year-old dies in a head-on... 8 Saxony: After a forest fire at the bastion: the police... 9 Mecklenburg-Western Pomerania: Dangerous pine processionary... 10 Baden-Württemberg: Judgment for attack on "Querdenker"... 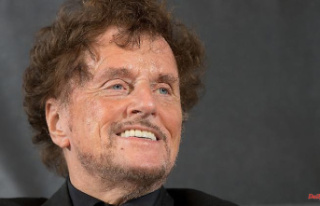 At the age of 82: Director Dieter Wedel has died