As an actor, Nicolas Cage has gone through difficult times. 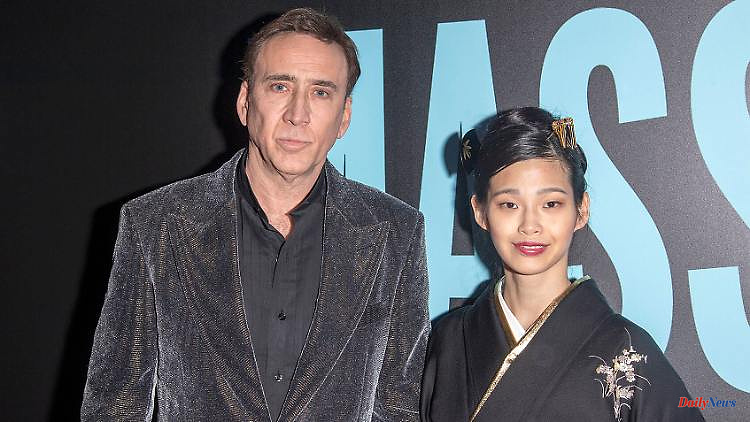 As an actor, Nicolas Cage has gone through difficult times. But now things are going well again for the Hollywood star, also privately. He is now a father for the third time. It is his first child with his wife Riko Shibata, who is over 30 years his junior.

Hollywood star Nicolas Cage is enjoying fatherly joy for the third time. The 58-year-old and his 27-year-old wife Riko Shibata became parents together for the first time last Wednesday. A spokesman for the couple confirmed this to "People" magazine.

Accordingly, daughter August Francesca Coppola Cage was born in Los Angeles. It is said that mother and daughter are doing well. It's the first girl for the star. He already has adult son Weston Coppola Cage with his ex-partner Christina Fulton, and his ex-wife Alice Kim gave birth to his son Kal-El, who is now 16 years old.

Cage said on The Kelly Clarkson Show in April that he wanted to name his child after his father, August Coppola, regardless of the offspring's gender. "I'm really happy, this will be the greatest adventure of my life," he said.

Shibata is the eccentric actor's fifth wife. The two married in Las Vegas in February 2021 after meeting in Japan around a year earlier. In January of this year, they announced that they were expecting a child together.

Nicolas Cage began his acting career in the early 1980s. His uncle, director Francis Ford Coppola, first gave him a major role in his 1983 film Rumble Fish. Cage established himself in Hollywood with films like "Moonstruck" (1987), "Airborne - Wings of Steel" (1990) or "Wild at Heart - The Story of Sailor and Lula".

Cage won an Oscar for "Leaving Las Vegas" in 1996. Blockbusters like "Con Air" (1997), "In the Body of the Enemy" (1997) and "Ghost Rider" (2007) followed. From around 2010 onwards, Cage experienced a career break, from which he only gradually fought his way out again. That year, he portrayed himself in the self-deprecating action-comedy Massive Talent.

1 Precursor to skin cancer: Bill Kaulitz scares his... 2 After a TV wedding with Heidi Klum: Theresia Fischer... 3 "Tolkien is turning in his grave": Elon... 4 A kiss on the red carpet: Andrej Mangold shows his... 5 "It breaks my heart": singer Michelle cancels... 6 Sharp attacks in the Bundestag: Merz calls Habeck... 7 Labor law question: How long can a trial work last? 8 Daily and fixed-term deposits: This is where the most... 9 Problem with late desire to have children: Women are... 10 Hesse: Highest average income in the Hochtaunus district 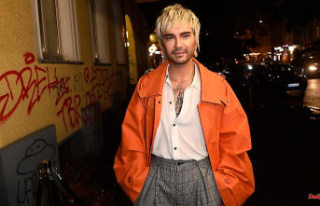