After the presentation of his new film "Top Gun: Maverick" in Cannes, Tom Cruise has traveled to London. 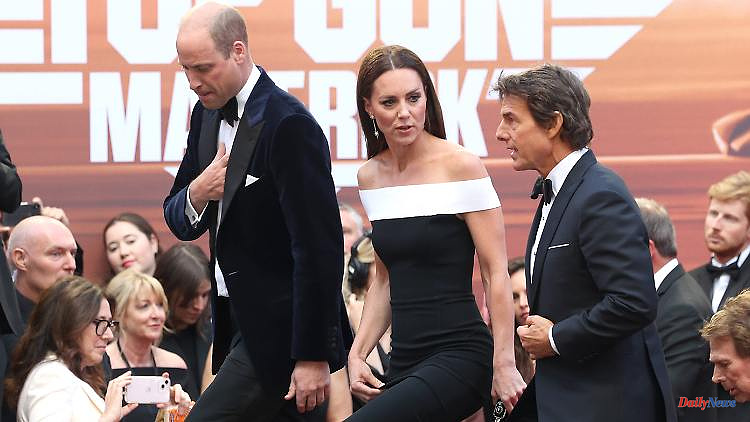 After the presentation of his new film "Top Gun: Maverick" in Cannes, Tom Cruise has traveled to London. Here, none other than Prince William and Duchess Kate honor him. Together with the Hollywood star, they celebrate the film's premiere in Great Britain.

Duchess Kate appeared at the "Top Gun: Maverick" premiere in London, accompanied by two gentlemen. Not only did she have her husband Prince William by her side, her entourage also included Hollywood star Tom Cruise. The film's leading man helped the Duchess look even more glamorous by holding her hand as she climbed the stairs.

The 40-year-old shone in a black and white off-the-shoulder dress by Roland Mouret. Kate paired it with an Alexander McQueen clutch, black heels and diamond earrings by Robinson Pelham. She wore her long hair loose.

Prince William arrived in a midnight blue Alexander McQueen velvet dinner jacket and tuxedo trousers. In keeping with the premiere, his velvet shoes were adorned with miniature fighter jets in a nod to the film.

Cruise was delighted with the Duchess. According to "Sky News" he spoke to reporters of common interests. "We have a lot in common. We both love England and we both love flying," said the actor. The 59-year-old also commented on Queen Elizabeth II's "beautiful" anniversary event in Windsor a few days ago, which he attended. He is very attached to the UK, Cruise said. "I've been making films here for 40 years. I love this country."

Cruise also gushed about finally getting back on the red carpet. Especially after the past few years, he is happy to be able to take part in such events. "I love what I do, I've always enjoyed it and now I'm enjoying it even more," he explained.

After more than 30 years, Cruise has slipped back into the role of the fighter pilot Maverick, whom he had embodied in the original in 1986 with the German title "Top Gun - You fear neither death nor the devil". Along with co-stars such as Miles Teller, Jennifer Connelly, Monica Barbaro, Val Kilmer, Jon Hamm and Glen Powell, Cruise can also be seen in German cinemas from May 26 in the sequel to the cult film. 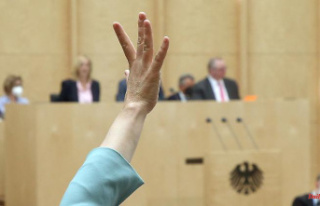 All resolutions of the Federal Council: fuel discount,...