Thuringia: Around 210,000 Thuringians can elect mayors

In hundreds of Thuringian communities, the mostly honorary mayors will be elected on Sunday. 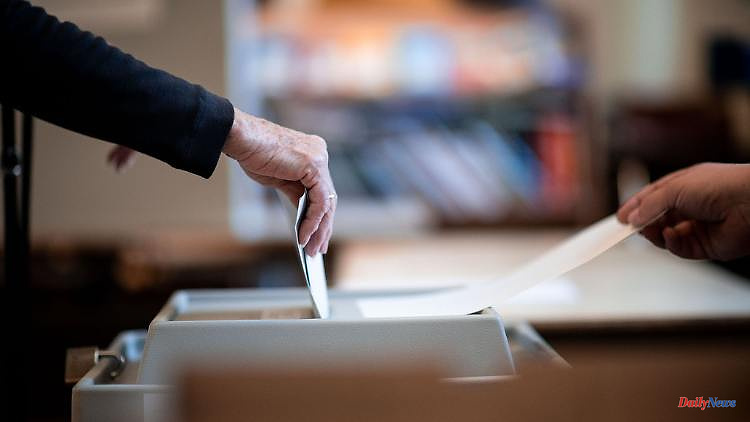 In hundreds of Thuringian communities, the mostly honorary mayors will be elected on Sunday. Not much can be derived from this in terms of party politics. At least in one community it will still be particularly exciting.

Erfurt (dpa/th) - In 325 Thuringian municipalities, a mayor will be elected on Sunday. Around 210,000 citizens aged 16 and over are called to vote, as the state returning officer announced in advance. In addition to 7 full-time and 318 honorary municipal representatives, 117 local and district mayors are also to be elected. District administrators and full-time mayors are then regularly up for election every two years.

In 224 municipalities only one candidate will be on the ballot papers on Sunday - and in 22 none at all. In this case, voters can enter the name of a person they would like to have in the post.

In terms of party politics, little can be derived from the elections on Sunday: Among the parties represented in the state parliament, only the CDU has a larger proportion of candidates with 53 applicants. Of the 406 candidates for a mayoral office, 340 are individual applicants or with other parties. The proportion of women is 18.7 percent and thus slightly higher than in the last mayoral election in 2016.

The candidacy of the well-known Thuringian right-wing extremist Tommy Frenck in the 300-strong community of Kloster Veßra (Hildburghausen district) is a topic of conversation. Should he win the election against incumbent Wolfgang Möller, it remains to be seen whether he can accept his office. The Thuringian State Secretary for the Interior, Katharina Schenk, had previously said that if Frenck were to win the election, the local election law would prohibit him from taking office because he was not acting on the basis of the basic democratic order. Frenck then announced legal action against it.

1 Saxony-Anhalt: Commissioner Neumann-Becker in the... 2 Saxony: accident when overtaking: driver seriously... 3 Ukraine: War. Live: The city of Severodonetsk is almost... 4 Credit rating agencies: You can do this against negative... 5 Bavaria: Dozens of prosecutors and judges at the G7... 6 Suspicion of fraud against Holding: Donald Trump is... 7 Perez catches up in Formula 1 World Championship:... 8 Guillestrois-Queyras. Incentive pricing for household... 9 High mountains. Mental disorders: Cycling to restore... 10 The night of the war at a glance: Selenskyj: Battle... 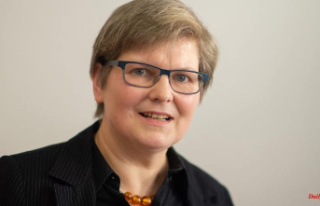 Saxony-Anhalt: Commissioner Neumann-Becker in the...