Smaller potatoes, fewer radishes: The persistent drought is also leaving its mark on the beds. 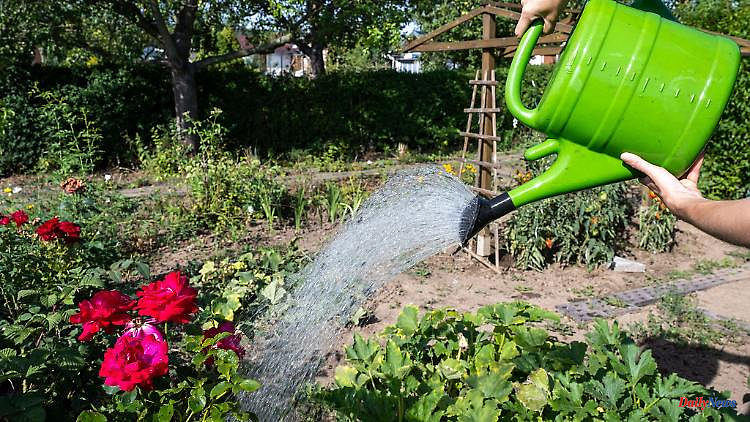 Smaller potatoes, fewer radishes: The persistent drought is also leaving its mark on the beds. Allotment gardeners need to rethink, says the Association of Garden Friends.

Erfurt (dpa/th) - In view of the increasing drought, the Thuringian State Association of Garden Friends has advised a change in the management of allotment gardens. "It is important that we return to active tillage," said association president Wolfgang Preuss of the German Press Agency. The soil forms capillaries through which water evaporates. However, if the soil is loosened more often with a hoe, for example, the water in the soil stays longer.

The evaporation of water can also be prevented with a stronger cover of the ground. "We recommend increased mulching or covering the soil with harvested crops such as savory," recommended Preuss. In addition, more allotment gardeners should set up water tanks to collect rainwater from the gazebos. In many Thuringian regions, water withdrawal bans have been in force for some time due to the drought. This means that allotment gardeners are no longer allowed to draw their irrigation water from it.

"We have adjusted to the dry season," said Preuss. With a change in management, the drought cannot be eliminated in general, but it can be reduced. The association president also considers constant watering of cucumbers, tomatoes and the like to be counterproductive. "Don't water every day, rather concentrated and penetrating at intervals, so that the plants can also root in deeper layers."

According to the association, there are around 200,000 organized allotment gardeners in Thuringia. These managed 62,500 gardens in 1435 associations. According to Preuß, the yields on the domestic beds will be lower this year due to the heat and the drought. For example, there are smaller and fewer tubers in the potatoes and germ losses in radishes. Preuss also considers the cultivation of plants that require less water to be worth considering. "But it also makes no sense if we grow cacti." 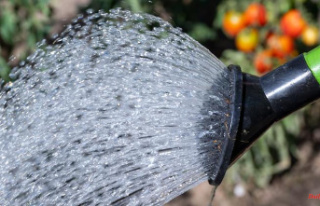