The Hainich National Park is the largest contiguous deciduous forest area in Germany. 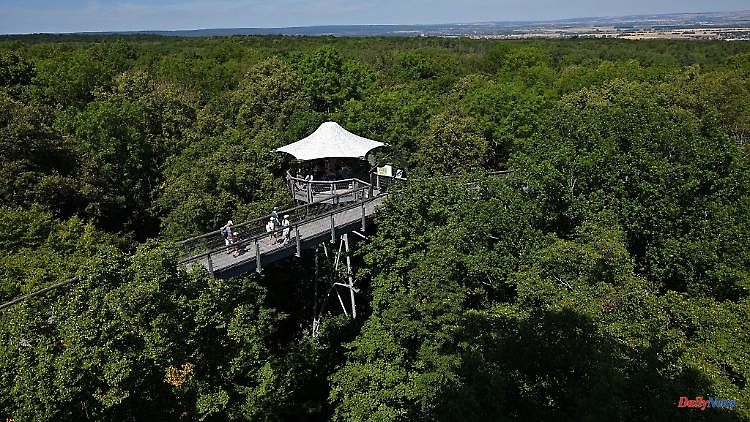 The Hainich National Park is the largest contiguous deciduous forest area in Germany. A view of it from the treetop path is particularly attractive.

Schönstedt (dpa/th) - In the Hainich National Park in northwestern Thuringia, more than 68,000 people have undertaken a tour on the treetop path there so far this year. After the pandemic-related restrictions, June in particular was a very good month, said operations manager Michael Zilling on request.

On the other hand, it is significantly worse in July. According to his observations, it was not least the great heat that made it the worst July in terms of visitor numbers on the path. The approximately 500 meter long path - a kind of catwalk - leads up to a height of 44 meters along the tops of deciduous trees such as beech, ash and maple.

According to Zilling's observations, the trees are currently still defying the drought. Certain treetops showed some drought damage, but the effects of the drought were "not yet as extreme" as in the severely affected western part of the national park. The treetop path is in the eastern part. According to Zilling, watering the trees is not possible. The reason: interventions in nature are deliberately not desired in the national park, and artificial irrigation is also an intervention in nature.

The treetop path was opened in 2005 and since then has had between 130,000 and 170,000 visitors a year. With an area of ​​130 square kilometers, the Hainich in north-west Thuringia is the largest contiguous deciduous forest area in Germany. The national park, designated in 1997, covers about half of the Hainich. The future development of the national park is currently being discussed in the region. In addition, residents, communities, associations and all interested parties can submit proposals for the national park plan until September 30th, as announced by the Thuringian Ministry of the Environment. 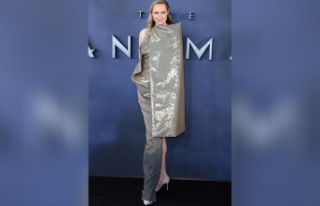