Thuringia: Celebrations for the Day of German Unity continue

Erfurt (dpa/th) - The celebrations for the Day of German Unity continue in downtown Erfurt. 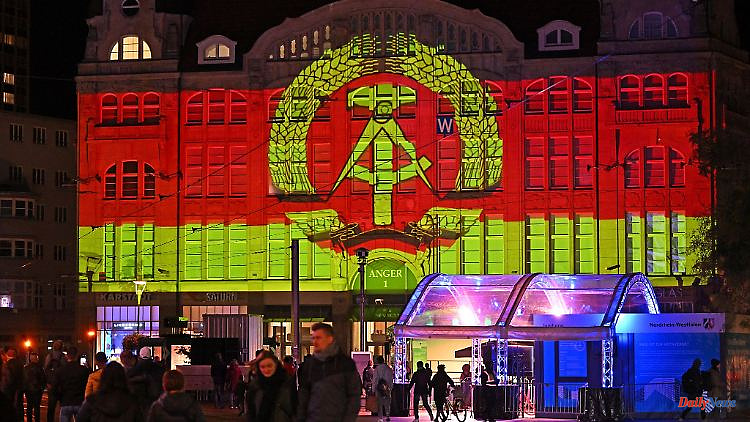 Erfurt (dpa/th) - The celebrations for the Day of German Unity continue in downtown Erfurt. On the second day of the celebrations, the organizers expect significantly more guests if the weather forecast improves. On the opening day of the citizens' festival in downtown Erfurt on Saturday, visitor interest was initially cautious - the reason for this was probably the rainy weather at first.

Since the Free State holds the presidency of the Bundesrat, the main celebrations will take place in Thuringia this year under the motto "Growing together". Until Monday, the Day of German Unity, the individual federal states as well as the Bundesrat, Bundestag, federal government and Federal Constitutional Court will present themselves as part of the citizens' festival in downtown Erfurt. Numerous cultural and entertainment offers complement the information program.

The Thuringian State Chancellery expected up to 120,000 visitors a day. Hundreds of guests are expected to attend an ecumenical service and a ceremony in Erfurt on Monday. Among others, Federal President Frank-Walter Steinmeier, Federal Chancellor Olaf Scholz and Bundestag President Bärbel Bas have been invited.

1 Bayern: FC Augsburg is aiming for the next win at... 2 High-level meetings planned: Bundestag delegation... 3 Thousands storm the pitch: more than 120 dead after... 4 Homecoming to New Zealand: Vienna Museum restitutes... 5 Saving energy: Are small wind turbines worth it for... 6 What the Season Brings: Will the flu return this season? 7 Facelift for the DS 3 Crossback: DS shortens the name... 8 Lucky for bankers and Kremlin sons: Which Russians... 9 Corona numbers are increasing: Lauterbach is pushing... 10 After withdrawing from Lyman: Anger is seething in... 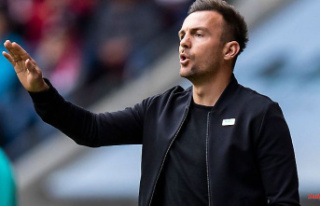 Bayern: FC Augsburg is aiming for the next win at...