Thuringia: Explosions of ATMs keep the police in suspense

Locations on motorways and expressways in particular are popular with ATM crackers: there are repeated attacks on ATMs in Bavaria - with consequences. 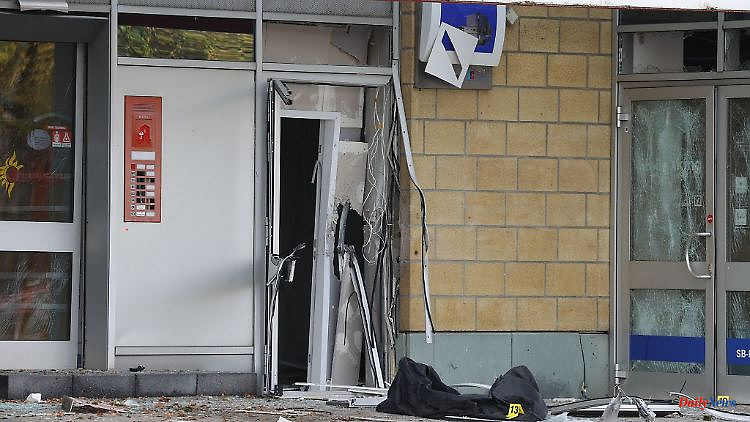 Locations on motorways and expressways in particular are popular with ATM crackers: there are repeated attacks on ATMs in Bavaria - with consequences.

Erfurt/Nordhausen (dpa/th) - ATMs that are blown up, flexed open or simply torn out of the wall: Although such cases are comparatively rare in Thuringia, the payout machines in the Free State are repeatedly targeted by robbers. "Compared to the rest of the country, we are less than average affected," explains Benjamin Beck from the Sparkasse Mittelthüringen. "Nevertheless, the damage caused is considerable."

In the past few years, there had been two automatic demolitions in the Sparkasse Mittelthüringen division. "In a current case in Elxleben, the building has to be completely renovated before it can be reopened, which, based on the current state of knowledge, will cost more than a million euros and take a few months," said Beck.

According to the police, the thieves had levered out the door of the savings bank and blown up the machine. Despite an immediate search and the use of a helicopter, the three perpetrators escaped with the cash boxes.

At the beginning of December, 28 people had to be evacuated from surrounding buildings in Roßleben in the Kyffhäuser district. After a failed attack on an ATM, explosives were suspected at the scene, but special forces later gave the all-clear. In mid-December there was an attack on a machine in Schleusingen: the perpetrators were able to escape there with the loot.

According to the Thuringian State Criminal Police Office (LKA), ATMs have been attacked with explosives in 30 cases in the Free State since 2019. The police speak of "hot work". During the same period, 29 cases of "cold work" were registered in which attempts to break out were made by levering, drilling, flexing or tearing out.

"In general, the perpetrators prefer places with good connections to federal motorways and/or expressways," explained the spokeswoman for the LKA, Sandra Frankenhäuser. "It is often the case that they are already on the run when the police find out." The detection rate is correspondingly low.

Due to the relatively low number of cases in Thuringia, no priorities can be identified, according to the LKA. According to a spokesman for the Nordthüringer Volksbank, no case has occurred in their business area so far. For the banks, however, it is a constant challenge to adapt the infrastructure to current requirements, said Beck.

In addition to monitoring and alarm systems in the branches and in the machines, measures such as closing the branches at night have also been introduced. VR Bank Mitte did not want to provide any information on the subject.

In November 2022, the nationwide "round table on ATM demolitions" was set up to seek joint solutions to the problem with the authorities concerned and the private sector. 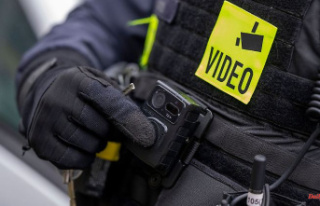 Thuringia: The introduction of bodycams in Thuringia...