The coalition and opposition in Thuringia have been arguing about the expansion of wind power for years. 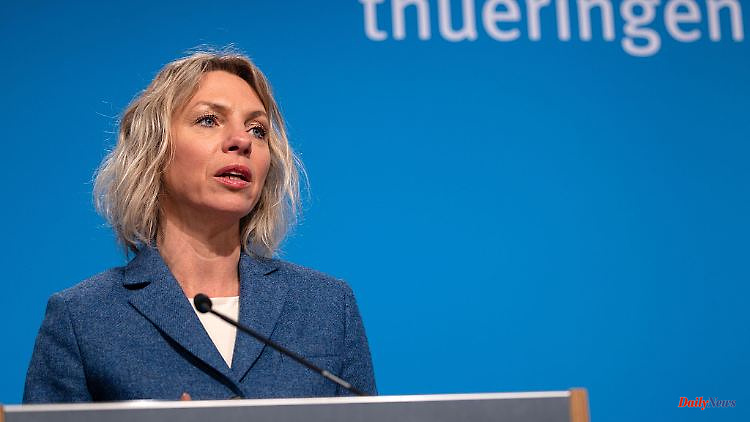 The coalition and opposition in Thuringia have been arguing about the expansion of wind power for years. Court judgments now offer clarity. In the future, rotor blades will also turn over forest areas.

Erfurt (dpa/th) - Thuringia must reserve 35,600 hectares of its land area for wind turbines in the coming decade. This would meet the federal government's requirement to designate a total of 2.2 percent of the state area for wind power locations in Thuringia by 2032, said Infrastructure Minister Susanna Karawanskij (left) on Tuesday in Erfurt. At the presentation of the new state development program, she and Energy Minister Anja Siegesmund (Greens) advocated using more damaged and bare areas in Thuringia's forests for wind turbines. Criticism of this attitude came from the opposition of the CDU, FDP and AfD.

The ministers referred to a judgment by the Federal Constitutional Court a few days ago, according to which the blanket ban on wind power in Thuringia in the forest, which was included in the forest law primarily under pressure from the CDU parliamentary group, is unconstitutional and therefore void. Siegesmund also referred to a recent ruling by the Weimar Higher Administrative Court, according to which plans are not valid if they do not sufficiently take into account the requirements of the Thuringian Climate Protection Act. It was about so-called wind priority areas in the regional planning of Central Thuringia.

"I am in favor of looking primarily at areas where more than 70,000 hectares of bare land have been lost due to climate change. No healthy tree will be felled for wind energy," said Karawanskij. Of course, reforestation and conversion to more climate-resistant forests are also continuing. Half a billion euros are earmarked for this from the state treasury alone by the end of the decade.

Energy Minister Siegesmund confirmed the goal of covering Thuringia's energy needs 100 percent from renewable sources by 2040. "Now the process of catching up is starting," she said of the recently sluggish expansion of wind power.

According to their information, 861 wind turbines are currently in operation in the Free State - the state area used for this is 0.4 percent. Siegesmund warned against simply extrapolating the number of wind turbines in accordance with the area target of 2.2 percent. Wind turbines are becoming more and more efficient, and some existing systems are being dismantled or replaced by more modern ones. "The number is difficult to predict," said Siegesmund. As of October, the authorities had received around 50 approval applications for wind turbines. "There is no processing backlog," said the minister.

The aim of wind power expansion is "a fair and appropriate distribution of the priority areas for wind energy," said Karawanskij. An excessive burden on individual regions should be avoided.

The next phase of the state development program decided by the cabinet is an extensive hearing and participation process. The basis for state planning should then probably apply at the beginning of 2024, it said. According to the ministry, the program does not have to be approved by the state parliament, but parliament will issue an opinion on it. 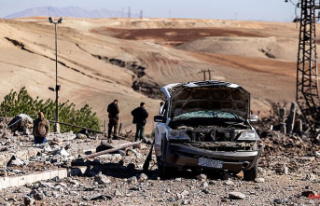