Thuringia: Holter makes an offer to finance the exemption from school fees

Free school fees for health professions such as physiotherapists or speech therapists have only existed in Thuringia for a year. 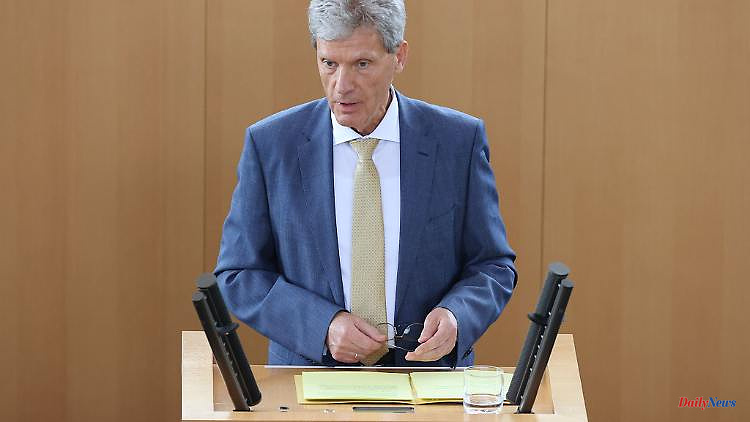 Free school fees for health professions such as physiotherapists or speech therapists have only existed in Thuringia for a year. A lot of fuss caused that it should be abolished again. Now a compromise in the interests of the trainees is within reach.

Erfurt (dpa/th) - The state government will make money available this year for the reintroduction of free tuition for health professions at free schools. Education Minister Helmut Holter (left) said on Wednesday in a special session of the state parliament in Erfurt that he had reached an agreement with Finance Minister Heike Taubert (SPD). The money for this should not come from his strained education budget, but as an unscheduled expenditure from the state budget. "I just don't have the 1.8 to 2.0 million euros for the tuition exemption," said Holter.

The special session of parliament had been requested by the opposition factions CDU and AfD. The CDU demands a legally certified exemption from school fees for training in health professions at free schools in Thuringia, said the CDU MP Thadäus König.

Holter said the 1,045 students at 16 independent schools began their education confident that they would not have to pay tuition. He now hopes for an agreement in the state parliament. The SPD deputy Denny Möller promised a regulation on the exemption from school fees. "We can't wait for a federal regulation."

The parliamentary group leader of the Greens, Astrid Rothe-Beinlich, suggested that the CDU's draft law should now be discussed further in the responsible committees. It could be decided with possible changes in the state parliament session in July. She criticized the AfD application as "pure populism".

In mid-May it became known that trainees in health professions at free schools - including physiotherapists, occupational therapists or speech therapists - should again pay school fees. The assumption of costs by the state was only introduced last year. The Ministry of Education had justified the decision with a lack of funds after the savings decision of the state parliament, which the CDU parliamentary group had pushed for. According to this, the government must save 330 million euros in the current budget in 2022. According to Holter, the Ministry of Education accounts for 74 million euros of this. 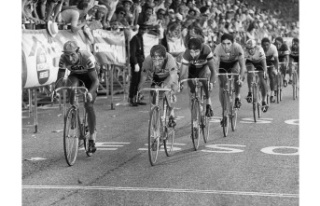 Cycling. Death of a Triple winner of the Tour de France...