Thuringia: IG Metall for taking over the pilot degree in Thuringia 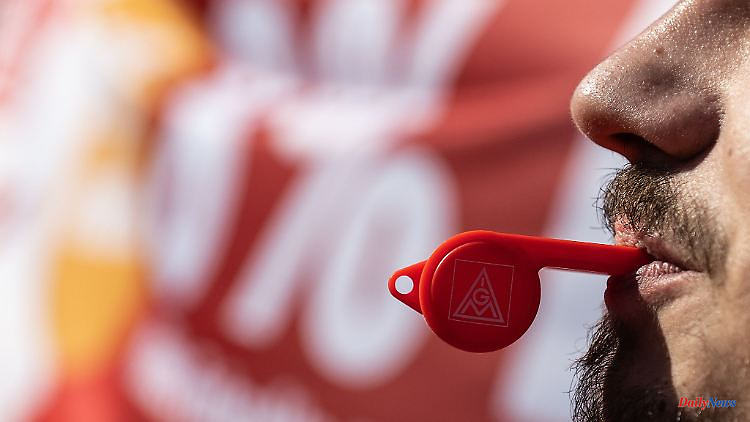 Erfurt/Frankfurt/Main (dpa/th) - IG Metall wants to quickly transfer the pilot agreement achieved in the south-west to Thuringia. The middle negotiating commissions for the metal and electrical industry, to which Thuringia also belongs, have spoken out in favor of this. In Thuringia, almost 20,000 employees are covered by the area collective agreement, but many companies use it as a guide for in-house collective agreements.

The parties to the collective bargaining agreement in Baden-Württemberg agreed on Friday night to increase wages by 5.2 percent from June 1, 2023 and by a further 3.3 percent from May 1, 2024. In addition, employees are to receive a tax-free inflation bonus of EUR 3,000, which will be paid out in two steps. The collective agreement runs until September 30, 2024. IG Metall had initially demanded an eight percent increase in pay.

Jörg Köhlinger, district manager and chief negotiator at IG Metall Mitte, called the pilot agreement a viable compromise with a significant material volume for the employees. "Now it's a matter of taking over the conclusion quickly for the metal and electrical industry in Thuringia and the middle group with Hesse, Rhineland-Palatinate and Saarland. If it's up to us, we can do it as early as next week."

According to trade union information in Thuringia, around 8,000 employees from 49 companies had taken part in the warning strikes since the end of October and temporarily stopped working.

1 Saxony-Anhalt: mood in the craft "rushes into... 2 Hesse: Alleged bicycle fence arrested 3 Hesse: Construction of the Salzbach Viaduct for the... 4 Bavaria: Taxi driver crashes into lamppost and dies 5 Wieduwilt's week: The apocalypse is so sexy 6 Decrease as at the beginning of the pandemic: electricity... 7 Dispute with visitors: activists throw flour at Warhol's... 8 Driving too fast: If you do so intentionally, you... 9 Baden-Württemberg: Mummified corpse in the district... 10 Hesse: Bahn saves 620 tons of carbon dioxide through... 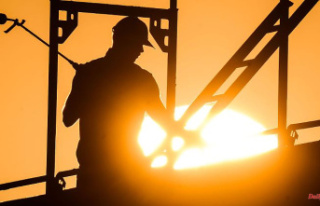 Saxony-Anhalt: mood in the craft "rushes into...