Jena/Nordhausen (dpa/th) - Experts want to explore the reasons for sinkholes in Nordhausen in more detail. 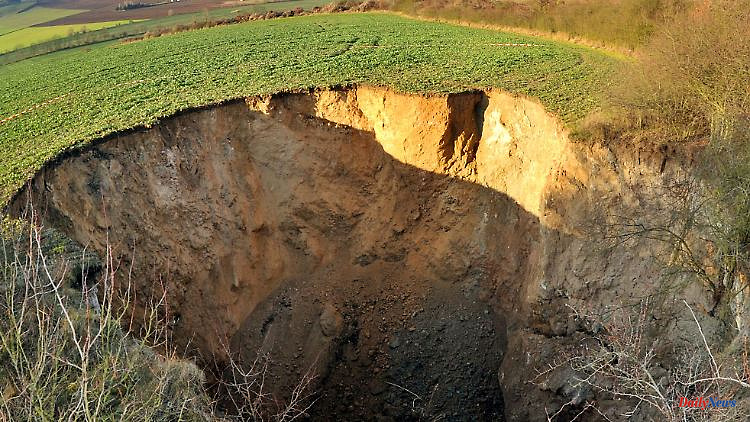 Jena/Nordhausen (dpa/th) - Experts want to explore the reasons for sinkholes in Nordhausen in more detail. From 2010 to March 2021 alone, holes had formed in the ground several times because the subsoil sagged, the State Office for the Environment, Mining and Nature Conservation announced on Thursday in Jena. The geological structure investigation concerns the area of ​​a sinkhole on the premises of the service company of the district of Nordhausen. The subsoil will be examined with a borehole at a depth of 600 meters, work will start in mid-October.

In addition, seismic measurements are planned along six soil profiles with a total length of around 20 kilometers. The drilling should bring insights into whether and at what depth there is underground leaching of sulfates or salts. This would allow conclusions to be drawn about the risk to the area.

A three-dimensional model of the nature of the geological structures and formations is to be created. It is the prerequisite for a possible backup and rehabilitation of the area directly affected by the sinkhole in Nordhausen. After a tender, a company from Saxony was commissioned with the drilling.

The first sinkhole with a diameter of six meters occurred on the railing of the service company in Nordhausen in 2010, and another in 2016 with a diameter of 20 meters and a depth of 13 meters. Parts of an administration building and a vehicle hall were destroyed. The buildings have not been used since then. In 2021 they were damaged even more in another sinkhole. 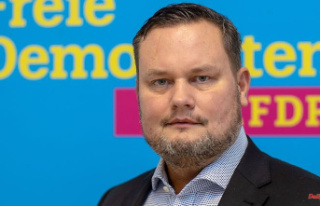