Thuringia: Kühnert warns CDU against cooperation with AfD in Thuringia

Erfurt (dpa/th) - SPD General Secretary Kevin Kühnert has warned the CDU in Thuringia against working with the AfD and also made an appeal to CDU leader Friedrich Merz. 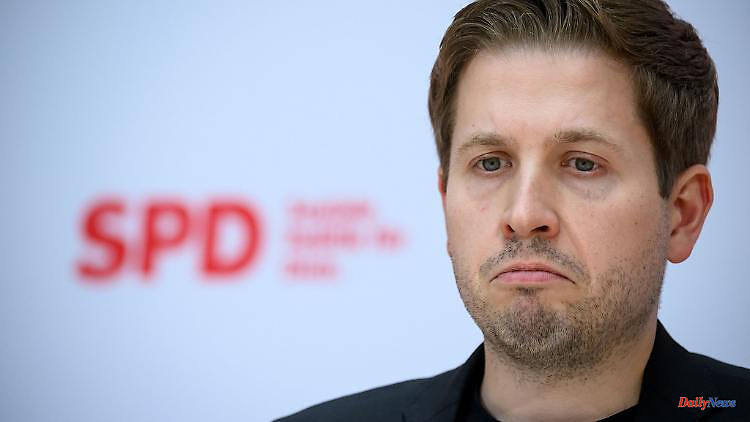 Erfurt (dpa/th) - SPD General Secretary Kevin Kühnert has warned the CDU in Thuringia against working with the AfD and also made an appeal to CDU leader Friedrich Merz. "Leadership is now required in the CDU, because the authority of party leader Friedrich Merz is also being challenged in the state parliament in Erfurt," said Kühnert to the "Spiegel". The Thuringian CDU parliamentary group sees itself in a bind in the dispute over a 1000 meter distance rule for wind turbines to residential buildings because the AfD has sided with them. In Thuringia, the AfD is being monitored by the Office for the Protection of the Constitution because of right-wing extremist tendencies.

A law against the votes of the red-red-green minority government is "a legislative majority by Höcke's grace," explained Kühnert, alluding to the AfD state and parliamentary group leader Björn Höcke. "There has never been anything like it and there should never be." Apparently, the CDU is of the opinion that in cooperation with the AfD, the exclusion zone only begins with joint coalitions. "Anyone who argues like that hasn't learned anything." The CDU only had a few days left to "save the Free State of Thuringia a disservice".

"We independently bring in content-related initiatives that correspond to our goals and convictions - regardless of who is for and who is against," said CDU parliamentary group leader Mario Voigt on Friday in Erfurt. Basically, it must apply that "the voting behavior in factual questions must follow reason". The opposition from the CDU, AfD and FDP has great influence in the Erfurt state parliament because the red-red-green coalition government of Prime Minister Bodo Ramelow (left) does not have its own majority - it is missing four votes.

1 Dead and injured in attacks: bitter fighting for the... 2 Outclassed the Vice World Champion: Austria gets drunk... 3 Bavaria: Seriously injured after a fire in a Munich... 4 Bavaria: Three-year-old falls into a ventilation shaft 5 Thuringia: Kühnert warns CDU against cooperation... 6 Report from Odessa: "You can lose everything... 7 War in Ukraine: "Four rocket launchers, that's... 8 Drome. Romans-surIsere: A young man aged 20 who was... 9 Saxony-Anhalt: More than 200 firefighters fight fire... 10 Saxony: 15-year-old critically injured: man arrested 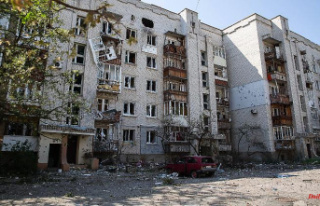 Dead and injured in attacks: bitter fighting for the...