Thuringia: Kunstfest Weimar: came through the crisis without injuries

The stage has once again been prepared for contemporary arts in Thuringia over the past two weeks. 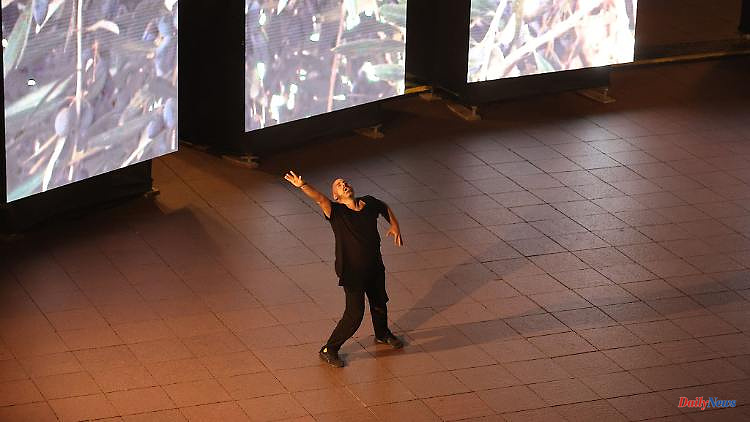 The stage has once again been prepared for contemporary arts in Thuringia over the past two weeks. The multifaceted program of the Weimar Art Festival was very popular with the public.

Weimar (dpa/th) - The Weimar Art Festival was satisfied with this year's visitor response. It is estimated that around 27,000 spectators came again, roughly the same number as before and during the pandemic, said artistic director Rolf C. Hemke of the German Press Agency. "We are glad that we were able to keep the audience size unchanged at a third fewer events than last year - but with full seating."

The art festival comes to an end this weekend after more than two weeks. Since August 24, around 140 events have been on the program of Thuringia's most important festival for contemporary art under the motto "Longing for tomorrow". This year it dealt with the topics of war and peace, climate crisis and right-wing extremism. 17 premieres and first performances were offered to the public.

Festival hits included the performance of "Solastalgia" by Schauspiel Frankfurt, the two South African guest dance performances and the "4 Wheel Drive" concert with jazz legends Nils Landgren, Michael Wollny, Lars Danielsson and Wolfgang Haffner. These performances were very well attended and celebrated by the audience, said Hemke. The regional performances of "The Tribune" by Mauricio Kagel were also very popular - the actor Dominique Horwitz was on the road with this production in 14 Thuringian locations.

The art festival has so far come through the Corona crisis without injuries and without financial losses, emphasized Hemke. "In the 2020/21 pandemic years, we were the only major German summer festival with an analogue program." Next year, the art festival from August 23 to September 10 will focus on the topic of 100 years of the Bauhaus exhibition. The prelude to 2023 will then be the performance of the anti-war farce "King Ubu" by US director Robert Wilson.

1 Thuringia: Youth hostels in Thuringia on a slight... 2 School starts in Ukraine: "A traumatized generation... 3 Second time since the beginning of the war: Baerbock... 4 Collective against staff shortages: "Recruitment... 5 Compensation for whistleblowers: Musk gives new reason... 6 Smaller companies in focus: Green boss announces further... 7 "It's a disaster": Is the forest lost... 8 Baden-Württemberg: car driver wants to overtake the... 9 Bavaria: passenger ship accident on the Danube: 100,000... 10 Hesse: Municipalities want to strengthen trade with... 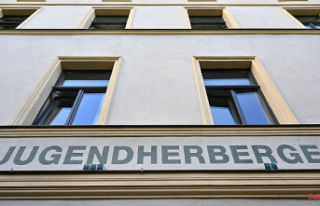 Thuringia: Youth hostels in Thuringia on a slight...