Bodo Ramelow is Germany's only prime minister with a Left Party membership. 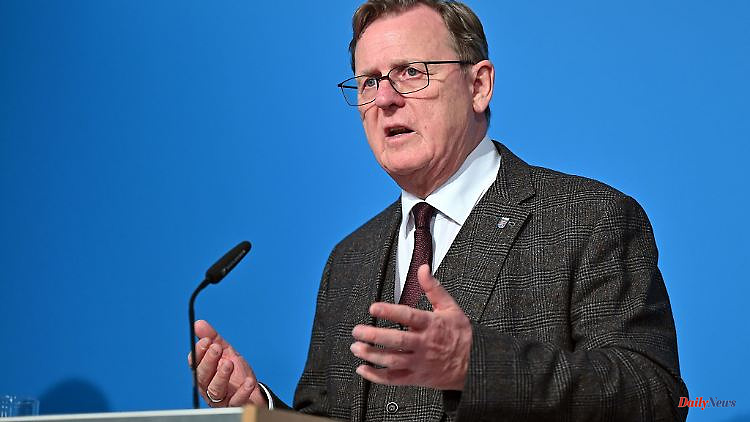 Bodo Ramelow is Germany's only prime minister with a Left Party membership. He is now seeking another term. The top of the Thuringian left expressed their confidence in him.

Erfurt (dpa/th) - The party leadership of the Thuringian Left has proposed Prime Minister Bodo Ramelow as prime minister candidate for the 2024 state elections. According to the state party executive, the 66-year-old should lead the left in the election campaign for the next state election, as Thuringia's left leader Ulrike Grosse-Röthig said on Saturday in Erfurt. The final decision on Ramelow's top candidacy is made by a state party conference.

Ramelow said he wanted to continue to modernize the country while taking people with him. He announced that he would remain in office for a full term if re-elected.

In a speech to functionaries and members of the Thuringian Left, he drew a positive balance of his tenure. "Thuringia is almost on the German average when it comes to unemployment," he said. With regard to the energy crisis, he reiterated his expectation that there would be neither blackouts nor gas shortages. "We have to stop talking our country to pieces." Solutions will be found for the challenges ahead.

He accused the opposition CDU and its state party and parliamentary group leader Mario Voigt of pursuing party politics in the difficult negotiations for a 2023 budget.

The Left, SPD and Green factions are currently negotiating a budget for 2023 with the opposition factions of the CDU and FDP. Ramelow's red-red-green alliance relies on opposition votes in parliament to be able to pass it. Recently, however, the negotiations have stalled. Ramelow said in the direction of the CDU parliamentary group that he had the feeling that one of the actors had lost his responsibility.

He also accused the Christian Democrats of putting Thuringia in a bad light. "Our country is being badmouthed," said Ramelow, "for reasons of partisan optics."

In Thuringia, a new state parliament is scheduled to be elected in 2024. With a short break, Ramelow has been Prime Minister in the Free State since 2014 and so far the only head of government in Germany with a Left party book.

In his speech he advocated a reform-oriented course and said he was fighting for an independent majority. In an Insa survey from November, the left in Thuringia was 23 percent behind the AfD around state party and parliamentary group leader Björn Höcke, which received 25 percent approval in the survey. The Thuringian AfD is classified by the State Office for the Protection of the Constitution as a secured extremist effort.

Regarding the upcoming election campaign, Ramelow said that he also wanted to use his popularity to create polarization so that a decision had to be made as to where Thuringia was headed. 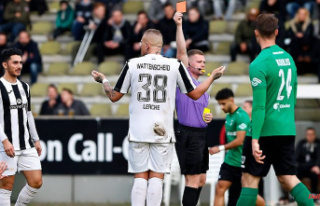 The drama of Wattenscheid: Where football whistles...