Thuringia: Many large cities are currently not accepting refugees

A place to stay for war refugees from the Ukraine is being desperately sought in Thuringia. 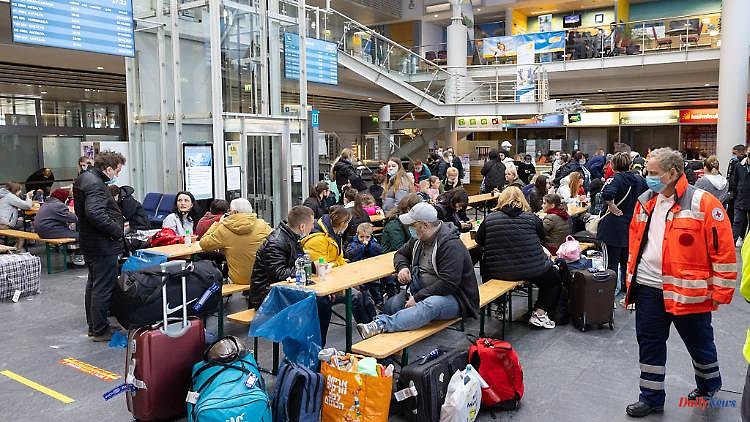 A place to stay for war refugees from the Ukraine is being desperately sought in Thuringia. Even former vocational schools are checked to see whether people can live there. Some municipalities are already at the limit.

Weimar (dpa/th) - The accommodation of war refugees from the Ukraine is becoming increasingly difficult in Thuringia. A spokeswoman for the state administration office in Weimar said on request that nine districts and independent cities would no longer accept refugees due to exhausted capacities. These included the independent cities of Erfurt, Jena, Weimar and Suhl, of which the two large cities in particular have given many people from Ukraine a place to stay in the past.

The Weimarer Land, Greiz, Sonneberg, Saale-Holzland and Saale-Orla districts have also temporarily deregistered. Across the country, new accommodation options are currently being sought. Even former vocational schools are to be examined.

At a switching conference of the government with representatives of the municipalities a few days ago, it was agreed, among other things, to list state properties that are suitable for housing refugees.

An operator is still being sought for a usable hall in Hermsdorf (Saale-Holzland district), said the spokeswoman for the state administration office. The tender has been started again - now services such as catering and cleaning are to be awarded individually in order to be able to open the object.

According to the State Administration Office, Thuringia has taken in around 24,100 refugees from Ukraine and 2,450 asylum seekers, mainly from Syria, so far this year. According to a paper by the State Chancellery, the forecast is for a total of around 40,000 refugees in Thuringia this year, including 35,000 Ukrainian war refugees and displaced persons.

They are distributed in the Thuringian regions by the state administration office - evenly among the 17 districts and five urban districts. There is no specific quota, the spokeswoman said. The municipalities would be informed about six weeks in advance if war refugees were to arrive with them. At the moment, however, it is often the case that fewer refugees arrive in Thuringia than have been allocated. Last Thursday, for example, only 33 people arrived instead of the announced 150.

Last week, the state government asked the federal government to make more money available in order to be able to prepare vacant apartments for accommodation. In addition, she wants to check whether the state can grant an advance payment of 2,500 euros per person to the districts and independent cities for the reception and accommodation of war refugees - as a kind of advance payment for future payments for their additional expenses.

According to data from the Ministry of Migration in Erfurt, Thuringia has an admission deficit of 3,900 people according to the nationwide distribution key. Of the Ukraine refugees who continue to enter Germany, the Free State would account for 2.6 percent. 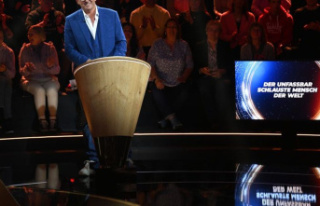 Rate show: Hans Sigl is looking for the “incredibly...