Mayors were elected in more than 300 Thuringian communities on Sunday. 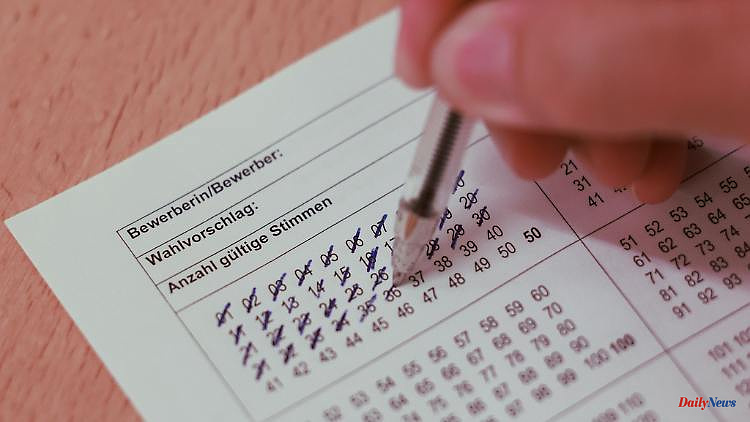 Mayors were elected in more than 300 Thuringian communities on Sunday. The number of applicants for the posts was limited. The turnout was constant - except for one group.

Erfurt (dpa/th) - In the mayoral elections in more than 300 Thuringian towns, the number of postal voters drove up turnout. Two hours before the polling stations closed, around 39 percent of those eligible to vote had cast their votes in a polling station, according to the State Statistical Office in Erfurt. That was almost the same percentage as in 2016.

In addition, this year there is a postal voter share of 6.6 percent - that is significantly more than six years ago (3.1 percent). A total of around 46 percent of those entitled to vote cast their vote. Six years ago, that figure was 43.3 percent.

Around 210,000 citizens aged 16 and over were called to vote. In addition to 7 full-time and 318 honorary municipal representatives, 117 local and district mayors were also to be elected. District administrators and full-time mayors are then regularly up for election every two years.

Little can be derived from the elections in terms of party politics: Among the parties represented in the state parliament, only the CDU with 53 applicants had a larger proportion of candidates. Of the 406 candidates for mayoral office, 340 are individual applicants or were nominated by associations or citizens' initiatives. The proportion of women was 18.7 percent, slightly higher than in the last mayoral election in 2016.

In 224 municipalities there was only one candidate on the ballot paper - and in 22 none at all. Voters could enter the name of a person they would like to have in the post. The oldest applicant was 82 years old in the municipality of Lenterode (district of Eichsfeld). The youngest candidate for a post came from Oechsen (Wartburg district) and was 24 years old.

In the run-up to the candidacy of the well-known Thuringian right-wing extremist Tommy Frenck in the 300-strong community of Kloster Veßra (Hildburghausen district) caused discussions. Should he win the election against incumbent Wolfgang Möller, it remains to be seen whether he can take office. According to the Ministry of the Interior, legal supervision would have to come into play in this case, since Frenck does not stand on the ground of the basic democratic order. 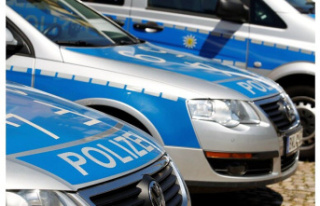 Germany. Stabbing in college results in the death...