Saalburg-Ebersdorf (dpa/th) - hot days are bathing days - and anyone who gets into trouble can hope for rescue on a number of Thuringian waters. 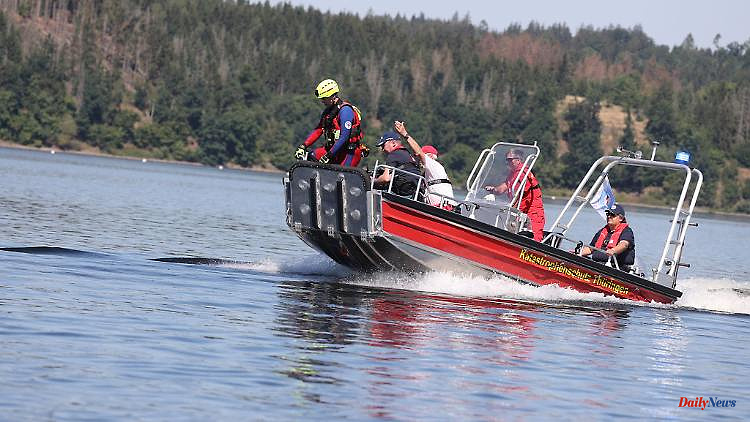 Saalburg-Ebersdorf (dpa/th) - hot days are bathing days - and anyone who gets into trouble can hope for rescue on a number of Thuringian waters. Interior Minister Georg Maier (SPD) was shown how two lifeboats work at the Bleichlochtalsperre (Saale-Orla district) on Tuesday. In an exercise by the German Red Cross, the rescue of a capsized canoeist and the salvage of a sailing ship were demonstrated.

According to the Ministry of the Interior, nine such boats for water rescue were purchased across Thuringia last year for 90,000 euros each. According to the Ministry, they are actually intended for disaster control - for example for flood operations. However, they can also be used by aid organizations as part of their daily work. A ministry spokesman said that a total of 1.5 million euros had recently been spent on water rescue.

1 Saxony-Anhalt: DWD: Brocken with 26.9 degrees: Highest... 2 Saxony: ice bombs for the zoo animals: elephants and... 3 Mecklenburg-Western Pomerania: Bahn is arming itself... 4 Bavaria: Bavaria wants the railways to provide reliable... 5 Hesse: Life imprisonment against mother and son confirmed 6 Baden-Württemberg: Kretschmann: Check the closure... 7 Thuringia: Erfurt Zoo remains closed due to the high... 8 Thuringia: 36 hectares of fields and meadows burn:... 9 Thuringia: Association: calls for help to Roma who... 10 Hesse: Al-Wazir calls on citizens to do their own... 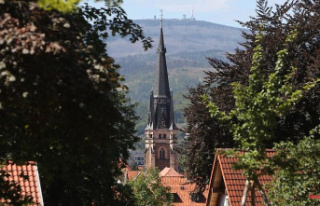