Berlin/Erfurt (dpa/th) - The distance rules for wind turbines to residential buildings currently being discussed in Thuringia could be overturned by the federal government in the future if not enough space is made available for wind power expansion. 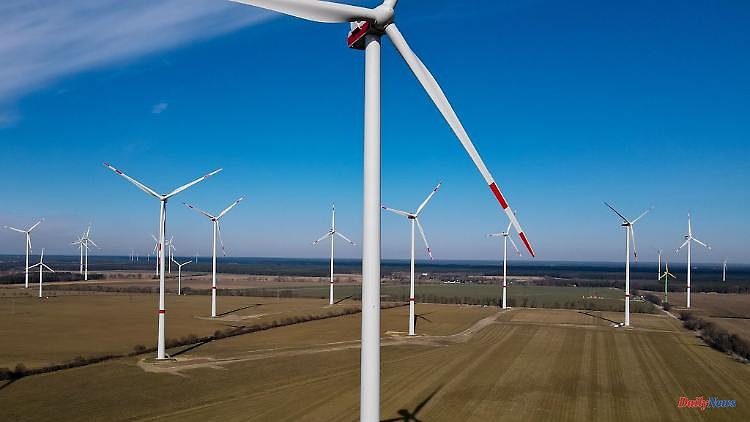 Berlin/Erfurt (dpa/th) - The distance rules for wind turbines to residential buildings currently being discussed in Thuringia could be overturned by the federal government in the future if not enough space is made available for wind power expansion. This is what the plans of the Ministry of Economic Affairs and Climate Protection and the Ministry of Building in Berlin, which went into the departmental vote on Wednesday, provide for this. "Prevention planning" is not acceptable, said Climate Protection Minister Robert Habeck (Greens), with a view to strict regulations in countries on the distance between wind turbines and residential buildings.

In principle, the federal states should be able to set minimum distances from residential buildings of up to 1000 meters - but they must ensure that they achieve statutory area targets, as ministry circles said. If they do not do this, country-specific distance rules should not be applied.

In Free State, 1.8 percent of the area should be available for wind power by 2026 - by 2032, the proportion is to increase to 2.2 percent, which is mandatory by law. That is more than the national average. According to Prime Minister Bodo Ramelow (left), only 0.4 percent of the country's area is currently reserved for wind turbines.

In Thuringia, a legislative proposal by the CDU is currently being debated in the state parliament, which involves a 1000 meter distance rule for wind turbines to residential buildings. So far, Ramelow's red-red-green minority coalition had rejected the CDU initiative, but the AfD parliamentary group with its leader Björn Höcke signaled approval. Together with the FDP group, the CDU and AfD could overrule the coalition of Left, SPD and Greens in the state parliament in Erfurt, which lacks four votes for its own majority. Ramelow made compromise offers on Wednesday.

With a faster expansion of wind power, on the one hand, climate goals should be achieved. On the other hand, this should help to become less dependent on fossil energies such as Russian gas.

Nationwide, initially 1.4 percent and by 2032 two percent of the area should be available for wind turbines, according to ministry circles. Different targets apply to the individual countries because there are different requirements for the expansion of wind energy. Currently, 0.8 percent of the land area in Germany is designated for wind energy, but only 0.5 percent is actually available. 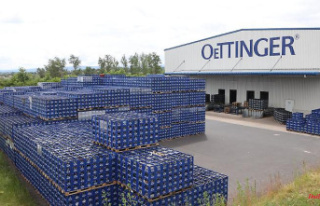