Thuringia: The Thuringian Motor Vehicle Association criticizes the reform of the e-car premium

Erfurt (dpa/th) - The president of the state association of the motor vehicle trade in Thuringia has criticized the reform of the promotion of electric cars. 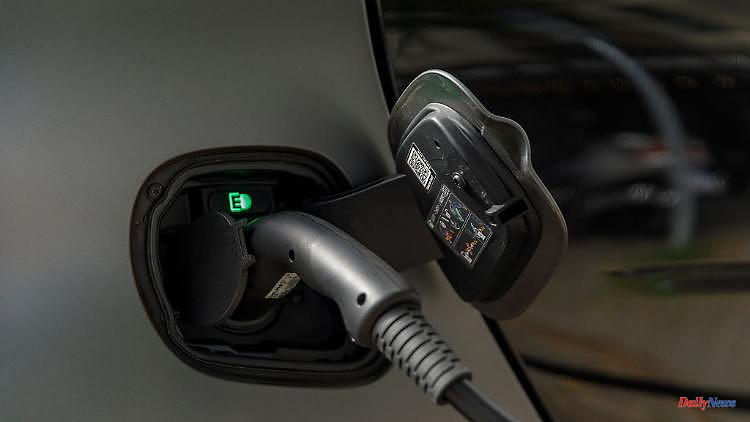 Erfurt (dpa/th) - The president of the state association of the motor vehicle trade in Thuringia has criticized the reform of the promotion of electric cars. The new regulation planned for the coming year requires "urgent and fundamental changes," said Helmut Peter on Thursday in Erfurt. The fact that the federal government is sticking to the principle of the approval date for the subsidy could mean that potential buyers do not buy a zero-emission vehicle. In terms of a climate-neutral turnaround in traffic, an application process that customers can calculate is needed, said Peter.

The federal government had decided to cut subsidies for electric cars. According to this, buyers of pure electric cars will receive less support from the state from next year. Subsidies for plug-in hybrid vehicles are also set to expire at the end of this year. The amended funding guideline is due to come into force in the autumn after it has been reviewed by the European Commission. The subsidies for e-cars should expire by the end of 2024 at the latest. According to the Federal Office of Economics and Export Controls, a total of 22,818 applications for a so-called environmental bonus have been received in Thuringia so far (as of September). According to the state association of the motor vehicle trade, there has been a significant decline in applications for the premium for e-cars this month. In August, 767 applications were received - in the same period last year there were 834. "This minus could be "a harbinger"," it said. It is not yet possible to say with certainty whether this is due to the uncertainties surrounding the premium or also to rising energy prices.

1 Tips for Playing on an Online Gaming Platform 2 Want to Develop an App for Your Business? Here's... 3 After the death of Elizabeth II: South Africans want... 4 300 meters away from the reactors: Ukraine: Rocket... 5 Approval pending: Iran demands "guarantees"... 6 "Much too early" for a decision: Biden leaves... 7 Ukraine talk with Anne Will: main battle tanks are... 8 Kühnert attacks Söder: the federal and state governments... 9 White House backtracks: Biden: Would defend Taiwan... 10 "Like a kick in the ass": Korte fears a... Tips for Playing on an Online Gaming Platform