Reading the Bible, discussing, celebrating: Around 13,000 young Christians will come together in Erfurt by Sunday for the nationwide youth meeting "Christival". 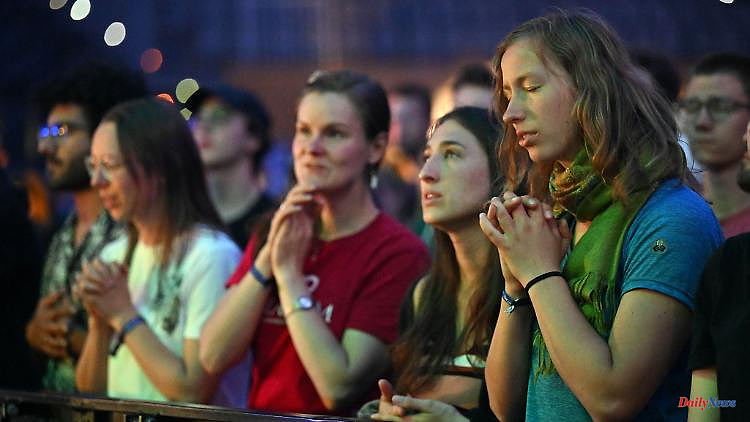 Reading the Bible, discussing, celebrating: Around 13,000 young Christians will come together in Erfurt by Sunday for the nationwide youth meeting "Christival". That was already noticeable on Thursday.

Erfurt (dpa/th) - Hundreds of participants in the "Christival" youth club were out and about in Erfurt on Ascension Day. They sat on the cathedral steps, strolled across the cathedral square or through the streets of the city center. Young Christians from all over Germany and abroad meet at the "Christival" until Sunday. Around 13,000 participants between the ages of 14 and 24 are expected to attend church services, discussion forums and concerts, among other things.

There are events all over the city. Everyone can ride the Ferris wheel for free on the Domplatz - including Erfurt residents, day trippers and tourists. According to the organizers, around 9,000 young people had already gathered on Wednesday for the opening event at the exhibition center. The highlight should be a concert evening on Saturday with comedian Bülent Ceylan, among others.

The organizers were delighted that tickets were completely sold out. The capacity limit had already been reached before the registration deadline, said the chairman of the Christival association, Karsten Hüttmann, before the start on Wednesday. This shows how great the longing of the young people is for days full of encounters and exchanges as well as community experiences after two years shaped by the corona pandemic. Project manager Chris Pahl pointed out that many interested parties had received a refusal "since many of the planned accommodations for Ukraine refugees are needed". You have full understanding for that.

In the course of the event, they want to "facilitate encounters where young Christians can show how relevant faith in God is, especially in times of crisis," said Pahl. "As Christians, we believe that the world is full of hope because God sees people, even and especially in the current global crisis." This is also the biblical message of the letter to the Philippians, which should be discussed in particular.

The "Christival" is experiencing its seventh edition in Erfurt. The first event took place in Essen in 1976, the last in Karlsruhe in 2016. It is supported by a non-profit association. Its members are employees in Christian works, associations and Protestant state and free churches. The regional bishop of the Evangelical Church in Central Germany (EMK), Friedrich Kramer, praised the great diversity that would become visible on the Ascension Day weekend. 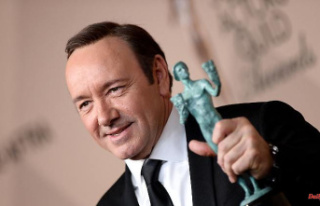