Thuringia: Women have been swimming topless in the bathroom for more than 40 years

In individual cities in Germany, topless swimming in swimming pools should be expressly permitted for all guests. 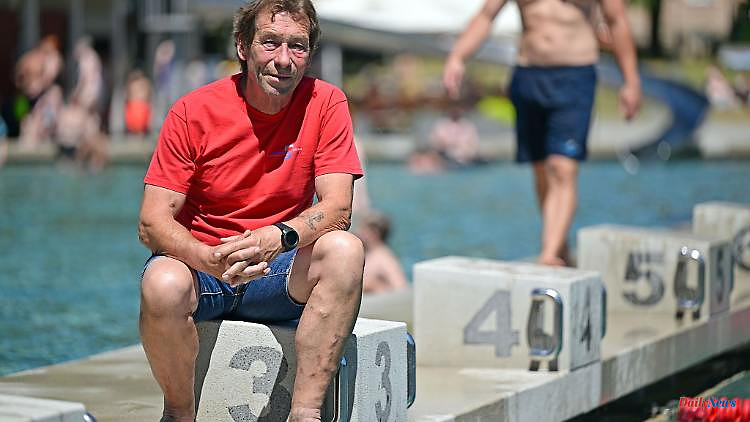 In individual cities in Germany, topless swimming in swimming pools should be expressly permitted for all guests. Goettingen supposedly showed the way. In Thuringia you can only smile about it.

Weimar/Gera/Jena/Erfurt (dpa/th) - The Germany-wide debate about whether people are allowed to show their female breasts in swimming pools without a fabric cover caused little furor in Weimar. Because in the Schwanseebad, topless swimming has been practice for everyone for decades. "For others it's an issue, for us it's just always been that way," says a spokeswoman for the responsible city economy in Weimar.

"In the GDR there was a freely accessible meadow area where the women sunbathed topless. We just took over that," explains swimming champion Matthias Weber. The 62-year-old doesn't know any different. "We're not pushing it, but we're not intervening either."

Since reunification, bathing culture has also changed in Weimar and topless bathing has declined significantly. But the offer will continue to be used, albeit moderately, by the student to the pensioner. "The pants have to stay on," says Weber. Complete exposure is not legally permissible in the bathroom without a designated naturist area.

In the Jenaer Südbad, on the other hand, there is a separate bathing area that is intended for nudist bathing. The areas for clothed and unclothed water rats are separated by plants in the seaside resort, but there is no 100 percent privacy protection. So it's not just breasts that can be seen here. "Since clothed and naked bathers in our southern pool still do not offend each other, we continue to offer bathing for both preferences," said a spokeswoman for Stadtwerke Jena. Here, too, nude bathing was adopted from the GDR era. If you don't like it, you can also switch to one of the other outdoor pools in Jena. FKK is only available in the Südbad. But that also means that only in the Südbad can all genders swim topless and sunbathe.

The debate about swimming without a breast cover addresses the unequal treatment of the sexes in public swimming pools. Since May 1st, all bathers in the southern Lower Saxony city of Göttingen have been allowed to visit the swimming pools at weekends without upper body clothing.

The trigger was that a person who does not identify herself as a woman was expelled from a swimming pool for topless swimming and was banned from the house. The swimming pool saw the person as a woman and therefore spoke of a violation of the bathing regulations. According to this, only men were allowed to bathe without upper body clothing.

In the Erfurt pools, women are not allowed to swim topless. "We have a simple reason for this: the Erfurt women have not yet demanded this or criticized the current regulation towards us," explains a spokeswoman for Stadtwerke Erfurt. There are currently no plans for a change.

Likewise the feedback from Gera. On request, however, the city also sent the information: "The currently valid house and bathing regulations for the municipally operated pools stipulate that staying in the pool is only permitted with swimwear. There is no separate passage that states the "above "Without swimming" for women is allowed or forbidden."

1 Hesse: What can Hesse's students expect during... 2 Saxony-Anhalt: Fewer IC trains in Stendal due to construction... 3 North Rhine-Westphalia: forest fire in Sauerland:... 4 Saxony: rear-end collision on the A4: 47-year-old... 5 Mecklenburg-Western Pomerania: Maximum temperatures... 6 North Rhine-Westphalia: Motorcades remain the main... 7 North Rhine-Westphalia: Man missing in See near Duisburg 8 Bavaria: Look at the sky: up and down in the rain... 9 Bavaria: Crucial phase in the trial of stabbers 10 Bavaria: 19 dead cattle in barn fire: half a million... 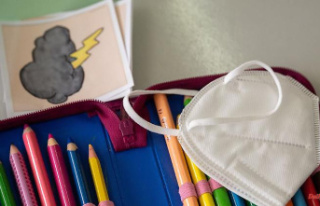 Hesse: What can Hesse's students expect during...