Liverpool FC missed out on the English championship and the dream of four titles in one season was shattered. 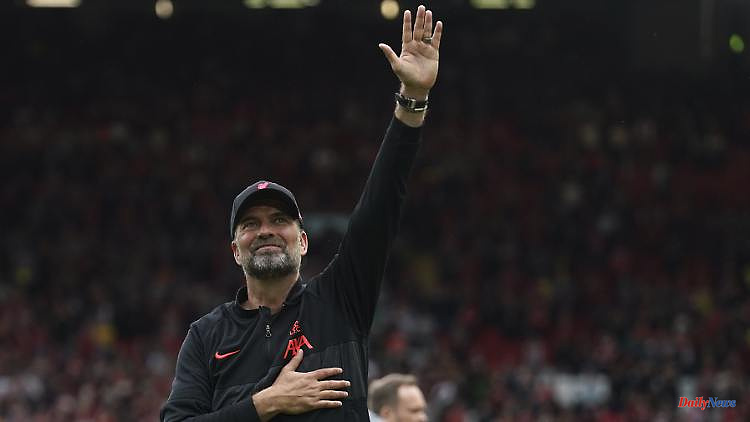 Liverpool FC missed out on the English championship and the dream of four titles in one season was shattered. Coach Jürgen Klopp reacted calmly - after all, the season is not over yet. They play Real Madrid in the Champions League final on Saturday.

Jürgen Klopp was able to laugh again, at least a little, as he accompanied the players of Liverpool FC and their wives and children on the traditional lap of honor after the last game of the season across the lawn of Anfield Stadium. He waved to the audience, smacked his hand several times on his chest, where the heart is, and looked quite content with the overall situation.

Klopp hid the pain that a 3-1 win over Wolverhampton Wanderers on the final day of the Premier League was not enough to win the championship as Manchester City drew 3-2 from Aston Villa 2-0 down. Instead, he exuded pride. "The lads have had an incredible season. Our journey so far has been extraordinary," he said.

Up until the last matchday, Liverpool had been in contention with Manchester City for the title, the latest chapter in the frenetic duel between the two north-west clubs that has defined English football for years. A point, a single point, meant the difference in the end. The 92 points with which Liverpool ended the season would have been enough to win the championship in almost every season since the Premier League was founded. But Pep Guardiola's Manchester City has shifted the standards in England. It would take almost the impossible to top this team in the league.

Liverpool failed to do that, but the club has had more success in cup competitions this season. Klopp's team has already secured the League Cup and the FA Cup. The ultimate crowning glory is possible on Saturday, namely winning the Champions League in the final in Paris against Real Madrid. Ironically, this is the very title Manchester City so desperately wants to win - and has so far failed time and time again.

The dominant topic at Liverpool FC in recent weeks has been the possible "quadruple", i.e. four trophies in one season. No team in English football had ever achieved this feat. After the lost championship final, it won't be anything, but the mere fact that the title quartet was possible up to the last day is interpreted as an epic success for Klopp's team.

Especially after last season it looked as if Liverpool was over in its current form. A dismal losing streak at home in Anfield suggested the side, who had won the 2019 Champions League and 2020 Premier League, needed a makeover.

But Klopp managed to breathe new life into Liverpool FC, to recharge it. In addition to the return of defense chief Virgil Van Dijk after his cruciate ligament rupture and the end of the Corona ghost games, Luis Díaz's commitment in January played an important role. He quickly established himself as a key player and contributed to a season in which the wildest dreams seemed possible.

The fans are aware that they are enjoying valuable days with their club, perhaps the most valuable they have ever had. Klopp spoke of the "most exciting time of my career" ahead of the Premier League final. This time should last for a long time, until at least 2026. Until then, Klopp has just surprisingly extended his contract.

First, however, it goes to Paris, to the final of the Champions League. Klopp's task is to get his team back on their feet again after the physically and mentally exhausting final sprint in the league. The disappointment about missing the championship could even help. You increase the desire to win the premier class, said Klopp.

He has had many disappointments throughout his career. As a coach with Mainz 05, he narrowly missed promotion to the Bundesliga twice before it finally worked out. He lost two Champions League finals, in 2013 with Borussia Dortmund and in 2018 with Liverpool, and won the premier class in 2019. The 2020 championship was preceded by a narrowly lost title race against Manchester City the previous season.

For Klopp, the insight from this experience is: "If you stay the course and don't give up, you will be rewarded." Liverpool could still reward themselves this season by winning the Champions League. It would greatly ease the pain of missing out on the championship. 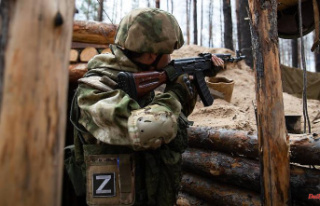